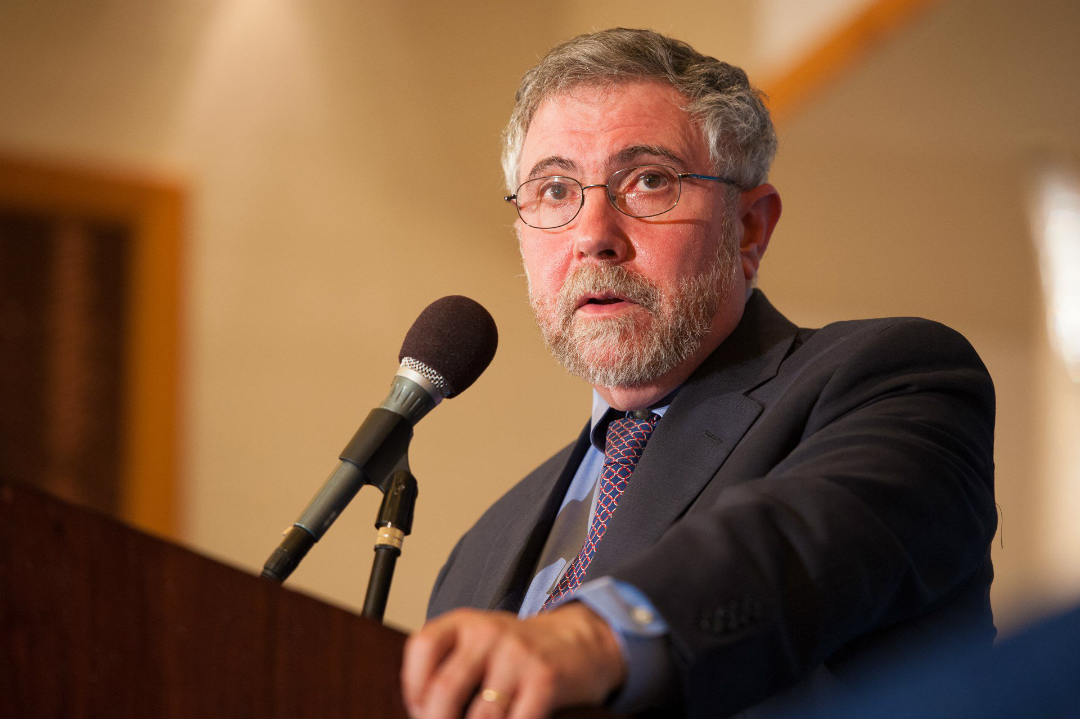 According to Paul Krugman Bitcoin “has more future than gold”

Paul Krugman, a well-known economist and professor at the University of Princeton, changes his opinion on bitcoin. From describing it in January as “a bubble that will end in tragedy”, he now says it can potentially become a more useful asset than gold.

The change of course

The turning point came at the blockchain conference of ChainXchange, during which Krugman was confronted with a diverse audience of sceptics and bitcoin supporters, including Ripple Chief Market Strategist Cory Johnson and market research guru Thomas Lee.

Krugman’s considerations, however, start from way back when man began to have a sense of money and began to exchange goods.

Millennia ago the first human beings decided to stop using stones as barter goods, and started using metals, then gold and then paper money, and finally, today, virtual money.

Paul Krugman: Bitcoin is the gold of the future

Bitcoin would be nothing more than a natural evolution of money, the last link in the time order. Not only that, but the economist’s analysis goes even further, even comparing the extraction of bitcoins, with all the necessary use of energy, to the extraction of gold, equally expensive, especially at the beginning of the famous gold rush of the 1800s.

This highlights another aspect: there’s nothing new about bitcoin, or at least nothing that has not been seen in the past.

While remaining one of the most sceptical personalities on bitcoin, Krugman offered many points for reflection and various statements that, if not homage, seemed to offer a more favourable light to bitcoin.

What to change about bitcoin

An example is provided by Krugman himself who, when asked “What would he change about bitcoin?” he immediately answered that, if transaction costs were lower, part of his scepticism could go away.

The interest of the expert, as he himself stressed, concerns only and exclusively bitcoin and none of the alternative digital currencies (the famous altcoins) and not even the blockchain, the technology at the base of virtual currencies, on which Krugman claims to be agnostic.

The reason? Too complex to understand in his opinion. But the real surprise came later. During a debate on the role of bitcoin and gold in the future, Krugman surprised everyone by declaring:

“Gold is dead… Bitcoin has more utility than gold. There is some chance for Bitcoin to be valuable in the future.”