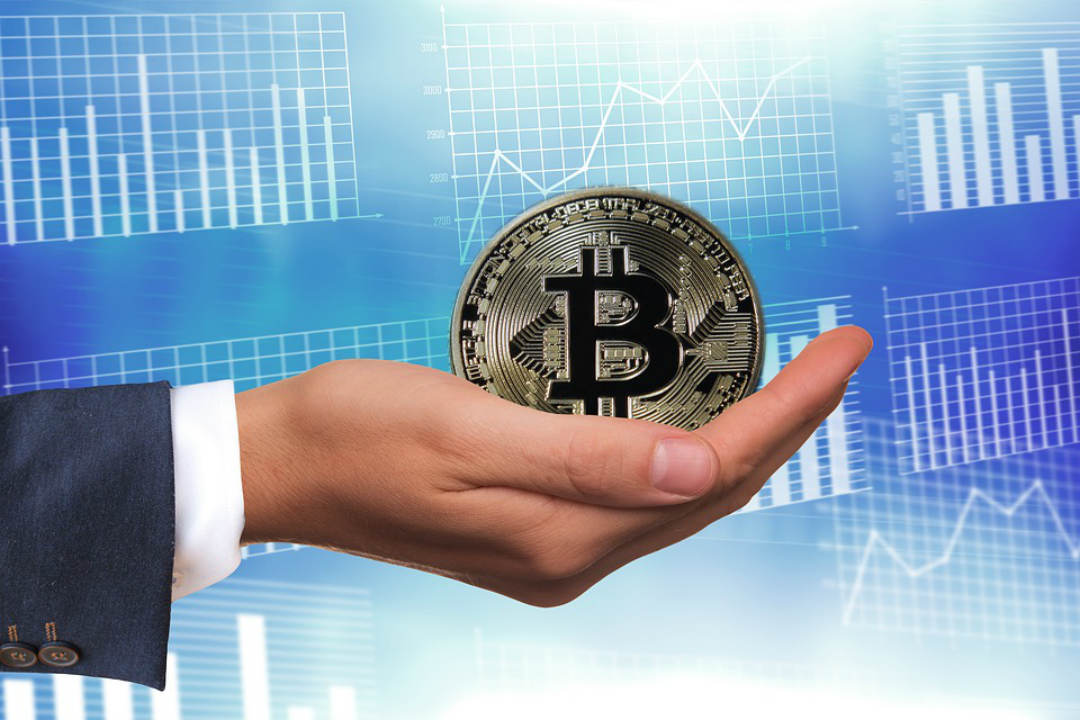 Crypto increase: in contrast to the past few days, increases of more than 2% for the first 30 cryptocurrencies.

Only three below parity: Nem (XEM), 0x (ZRX) and Maker (MKR) which drop below the percentage point.

VeChain (VET) continues to do very well, with a double-digit rise from yesterday morning levels. Stellar Lumens (XLM) performs well too, climbing more than 5% in the last 24 hours and trying to recover the threshold of 23 cents of a dollar, thus returning to the 5th place in the standings occupied by Eos, today up by 4%.

Between the two, a difference of “only” 300 million dollars, both with a capitalization of more than 4 billion dollars.

What happened during the night once again highlights the fragilities that afflict the exchanges, perhaps the main reason that led the SEC to reject the proposals to issue ETF products. Two proposals presented by ProShares last December are expected to be finalised in the next few hours. 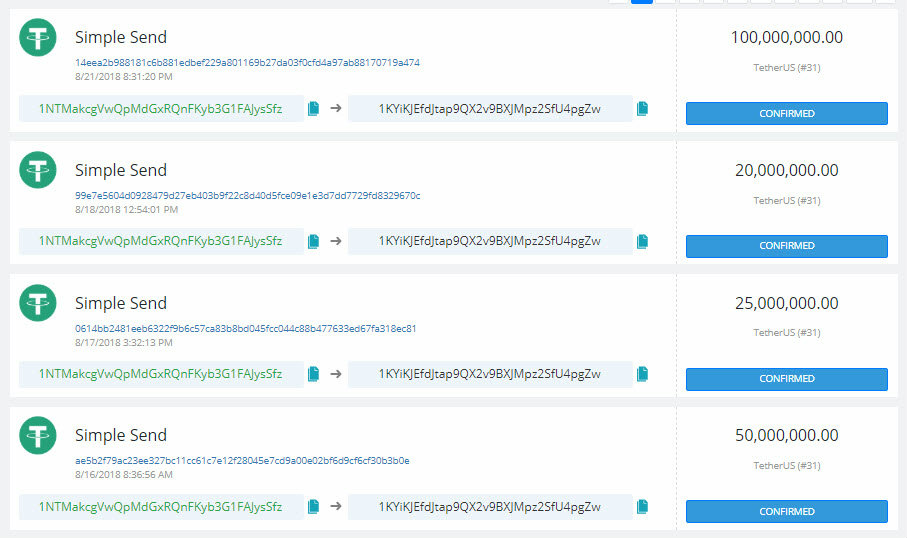 What happened to Tether

Last night, just minutes after 10 pm (GMT+2), there was a 100 million dollar transfer linked to Bitfinex‘s wallet, one of the world’s top three exchanges in terms of daily trading volume on bitcoin. 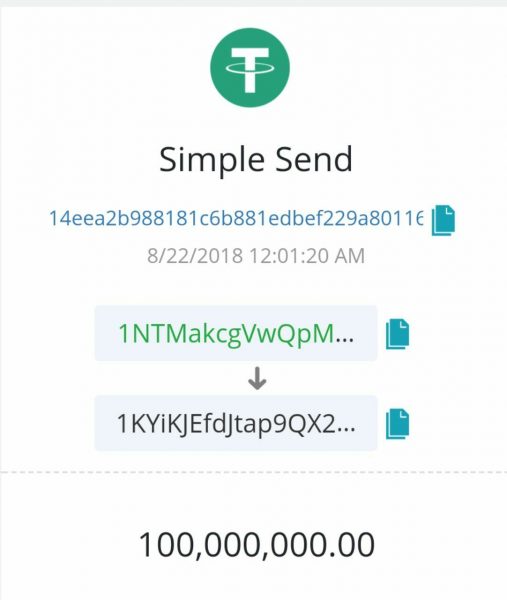 USDT are the letters that identify Tether, the virtual currency of reference for cryptocurrency purchases/sales, defined as the main stablecoin because it is directly linked to the exchange rate with the US dollar.

Yesterday evening, the transfer of tokens has aroused particular concern being the largest carried out with a single transaction during the last week.

To have reference measurement just calculate that from the beginning of the month $515 million Tether were created of which $265 million issued between 14 and 18 August, a particularly hot period with intense trading recorded on all the major cryptocurrencies.

What aroused further suspicion was the movement recorded after 3:00 am (GMT+2) with a rally that saw bitcoin prices rise by more than 430 dollars in less than 30 minutes with trades of more than 18 thousand bitcoins in less than an hour equal to a counter value of about 124 million dollars.

In terms of intensity, this is the second upward impulsive movement, which brings us back to what happened on 12 April, the most important bullish movement since the beginning of the year.

The Seychelles-based BitMex exchange offers the possibility of using bitcoin leverage derivatives. The coincidence has alarmed many users with short contracts creating considerable difficulties for the servers that have delayed the return of the website online, overloaded by simultaneous requests for access.

These technical problems have not allowed many users to manage their loss-making positions independently, automatically triggering the positions to be filled. A fact that upset many traders, first trapped and then mocked, who have shared their discontent and accusations towards the exchange on various social networks.

The incident brings to light a precedent that occurred on April 12 when a similar operating condition occurred, although in that context it did not coincide with a scheduled maintenance.

That day bitcoin triggered a rally of about $1000 in less than two hours, triggering many margin call alarms of users loaded with falling positions and causing major automatic hedging.

A few hours before the events, some invoked conspiracy theories and plots without, however, being able to prove the facts with reliable data.

These events highlight the dangers of using leverage in an already highly volatile sector.

This condition is often overlooked especially by those who approach trading dazzled by easy profits, leaving out the risks of a somewhat unexplored industry.

What happened during the night pushed prices over the resistance of 6600 dollars that for two weeks has rejected any attack from the bull.

The upward trend has triggered thousands of hedges of bearish positions. Since the beginning of the month, short positions that have been opened on trading platforms have gradually increased, reaching yesterday’s all-time high.

Yesterday afternoon the Bitfinex exchange recorded over 40 thousand short contracts sold, against just over 27 thousand long contracts. This morning’s prices were testing the former resistance, which now has become support due to traders taking profits when prices reached almost 6900 dollars.

It will be important to follow the trend in the coming hours to confirm the technical breakage of the resistance. A delicate situation a few hours before the SEC’s decisions regarding the ETF proposals presented by ProShares.

The events of the night had positive effects on Ether as well, who once again caressed the 300 dollars for a few minutes.

The condition, however, continues to remain very unstable with prices fluctuating between 250 and 290 dollars. A possible return of prices below yesterday’s lows, in the $269 area, could call for a return of sales.

While a push above the now known 300-310 dollars would restore confidence for new purchases.