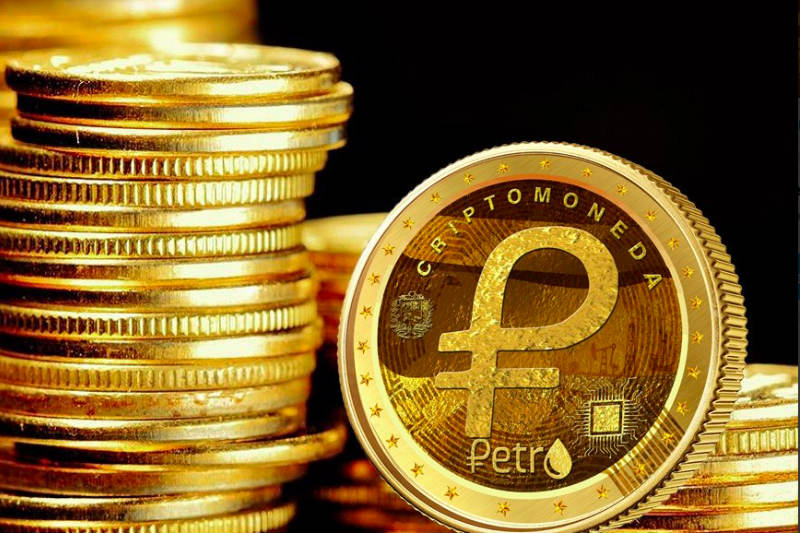 The Petro currency is there but it can’t be seen. It looks like a big scam

But does the Petro currency exist or is it all a gigantic scam? Was it really launched?

Let’s try to face the facts: on August 20 the Petro became the national currency in Venezuela but in reality, it has not yet been seen in circulation.

As of today, in fact, no exchange allows it to be exchanged and there is no trace of a downloadable wallet. Not even the blockchain is publicly available.

So, what has happened to it? Where is it? It is known that officially the Petro should be based on NEM‘s blockchain. Is this really the case, though?

Marco Michelino, one of the first to follow the NEM blockchain since January 2014, gives us an answer in an interview.

Michelino is one of the administrators of the Telegram group and organizes the official NEM Meetups in Milan (the only one in Italy), so he knows this blockchain very well and is able to search for details that can relate to a token like the Petro.

According to Michelino the Petro seems to exist on the NEM blockchain. After all, in the official Whitepaper, it is written that the Petro utilizes NEM, but some doubts remain.

PTR was originally an ERC20 token based on Ethereum. In fact, on Etherscan there’s the history of transactions.

Then later it switched abruptly to NEM. There are only 12 owners of the original ERC20 token on Etherscan, but there is no clear explanation for the presence of these tokens on Ethereum’s blockchain, except as a remnant of the pre-sale before the blockchain swap.

Michelino, can you say with certainty that the Petro is based on a smart contract on NEM’s blockchain? Or not?

On NEM, you don’t need to write a smart contract to create a token: you just need a few clicks in the wallet.

Petro’s whitepaper states that this is an asset of NEM’s blockchain, moreover the Petrowallet is clearly a slightly modified version of the NEM wallet.

However, there is no official information to identify the Petro asset in the NEM blockchain among the many existing assets.

As I said, there is no official information to identify Petro on NEM’s blockchain, but I found that last February a “petro” namespace was created in the blockchain and three distinct assets within it.

These assets seem to have been used for the management of an ICO and distributed to a few hundred accounts but are not designed to be exchanged between users; on the contrary, they seem to be designed to prevent their free circulation.

The same account that created the namespace “petro” also created an asset called “ve:ptr” with one hundred million units and six decimal digits whose description reads: “Petro is a sovereign crypto asset backed by oil assets and issued by the Venezuelan State as a spearhead for the development of an independent, transparent and open digital economy open to direct participation of citizens. It serves as a platform for the growth of a fairer financial system that contributes to development, autonomy and trade between emerging economies“.

I have reason to believe that this asset is the phantomatic Petro but, at the moment, it has not been deployed; all tokens are still in one account.

Are these “smart contracts” absolutely incontrovertible? Or would there be some possible way, even dishonest, to increase the number of tokens in circulation?

The “ve:ptr” asset has been created in such a way that it is not possible to modify its quantity a posteriori in any way (it is a simple checkbox to check off when creating).

Since distribution has not yet begun, nothing would prevent from creating a new asset and deploying that instead of “ve:ptr”.

Are tokens already on the market? Or are they only available to some investors at the moment?

Petro hasn’t been distributed to users and wasn’t listed on any exchange yet.

However, you can find online pictures, dating back to February, of President Maduro who conducts negotiations with representatives of Zeus Exchange, a Russian project still in development.

Lon Wong, who was the president of the NEM Foundation at the time, was also invited to the negotiating table. Lon declined the invitation emphasizing that, since the NEM blockchain decentralized, he could not do anything to facilitate or hinder the project.

What does the initiative of the Venezuelan President Maduro mean for the prospects of the NEM project?

President Maduro has little credibility in the international arena and it seems that the majority of Venezuelans are also hostile to him.

Petro has already harmed NEM in February when there were attacks on Twitter and Reddit where we were called “friends of dictators” despite the NEM Foundation having distanced itself from the Maduro project.

A planned NEM meetup in Venezuela was cancelled by the organizer for fear of riots.

I very much doubt that NEM will benefit from this.

Currently, NEM Foundation management refuses to answer any questions about the Petro.

Previous article Everything you need to know about Bitcoin White Paper. Part 3
Next article Schwartz: "XRP Ledger is more decentralized than Bitcoin and ETH"
Marco Cavicchioli