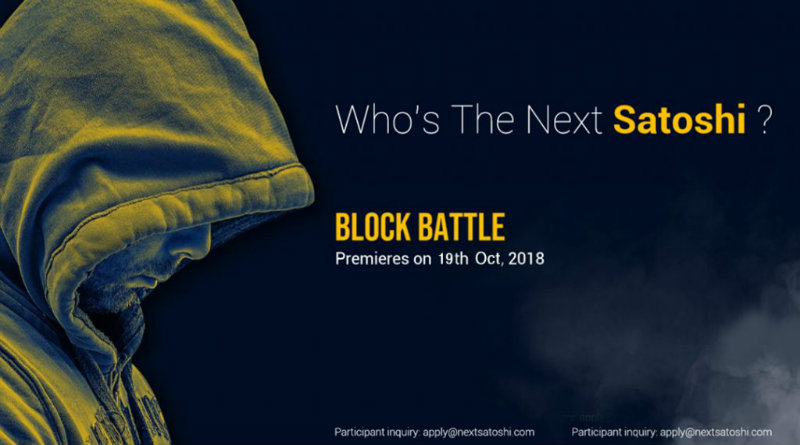 A blockchain talent show, a sort of competition between aspiring projects. The theme will be precisely blockchain technology and will be aired in October on Asia Economy TV.

The contest is called Blockbattle – Who’s the Next Satoshi and involves several crypto development teams from around the world being assessed by judges and spectators in order to “discover the next Satoshi Nakamoto”.

From October 19th, five episodes will be broadcast that will allow viewers to vote in real time for their favourite project, so as to elect the winner of the competition.

Teams wishing to apply may do so on the official website nextsatoshi.com before September 5th.

Among the judges: Damian Williams of the Alchemist investment fund, Rayol Hwang of Hillstone Partners, Roger Ver of Bitcoin.com, Lee Shin-Hye of GBIC and other well-known personalities in the industry.

In the preliminary phase, ten projects will be selected. They will give their presentations and participate in one-on-one battles and other team competitions. In the end, there will be only one winner.

Teams will receive mentoring from national and international experts in technology, economics, law, marketing and finance.

The first episode will be broadcast on Asia Economy TV in Korea, China, Australia, Thailand, Malaysia, Taiwan, Singapore, Vietnam and Hong Kong, and will be streamed on the Youtube Coincast channel.

On November 19, the final episode will be broadcasted live, during which the name of the winner will be revealed according to the voting results.