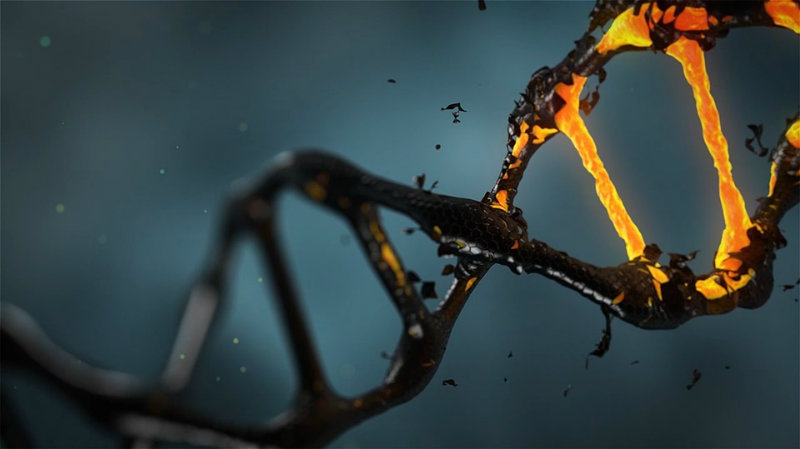 Synthetic DNA used as cold wallets, the idea is extravagant, but it might take hold sooner or later.

Question: did you know that DNA, the blueprint of life of every living being, is memorized information? A very capacious memory that can contain a lot of information.

For example, it can store the private key of a bitcoin address (or more private keys of different addresses), or the seed of a wallet.

In fact, those who own cryptocurrencies have a couple of problems to solve: 1) how to store private access keys, without which they actually lose possession of the tokens; 2) how to prevent theft of these tokens.

In order to prevent theft you can use cold wallets, i.e. the private key is stored using a software that is not connected to the Internet, or you can store your keys on hidden sheets of paper so that no one can find them online.

The Carverr startup wants to use DNA as a cold wallet.

This DNA storage system will, whenever possible, transform data from digital information into biological information.

Once the process has been completed, no software updates or Internet connection will be required: the DNA lives offline and is protected from hackers and can never become obsolete.

The system requires the user to send their data via an encrypted messaging service based in Switzerland.

It can be any type of data, it is not necessary to specify what the data is used for (since it is dangerous to send it to third parties).

Thanks to a special algorithm the digital code of 1 and 0 is converted into a string of information consisting of As, Ts, Cs and Gs, aka the chemical bases of DNA.

A synthetic DNA strand is then produced using the previously processed base string.

When the test tube is ready it can be shipped to the user or stored by Carverr, because it has to be kept in a freezer at 4° degrees Celsius, although a stable version at room temperature is being developed.

Data recovery takes approximately 48-72 hours from the time of the request. The DNA must be sent back to Carverr for decoding, once the stored data is recovered, it is always sent to the user through the encrypted messaging channel.

The theoretical maximum that can be stored in a gram of synthetic DNA is 215 Petabytes, or 215 million billion bytes, and if someone steals the DNA vial, they would need to know the decoding system (which is only known to Carverr).

The main problem seems to be Carverr’s reliability. They recommend providing the company with an encrypted version of the data, without providing the key to decrypt it.

However, in that case, you would then need to remember the cryptographic key with which they were encrypted, so it’s a bit like a dog biting its tail.

Sending original data does not seem a good idea anyway.

Previous article Australia is working on a national blockchain
Next article BitMEX data: Bitmain’s mining activity is in decline