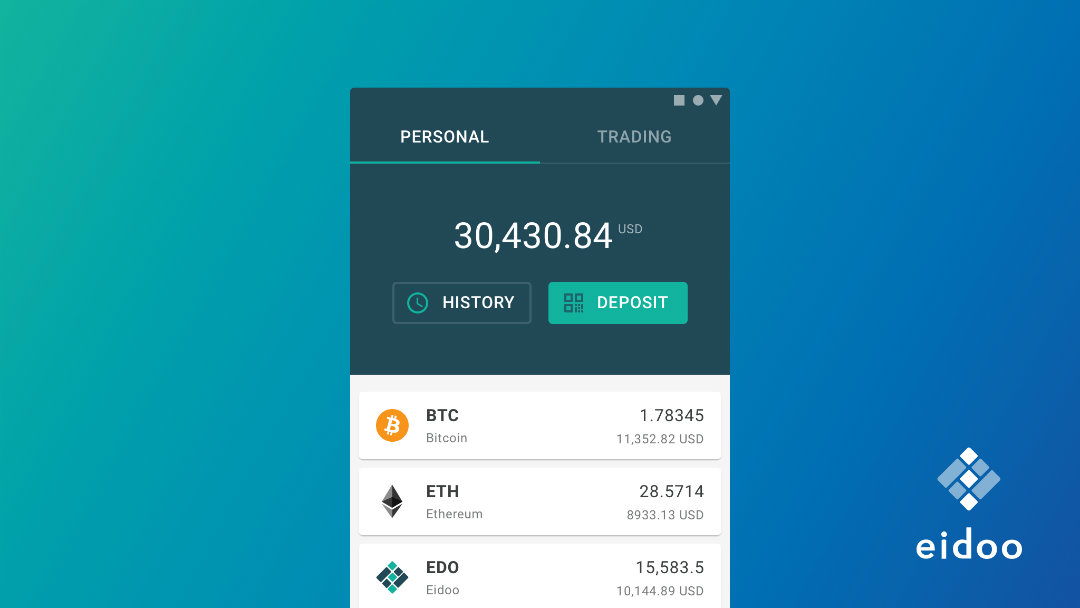 Eidoo news, “Here are all our novelties”

As anticipated in the Telegram chat, Eidoo is in the mood for big changes. Yesterday, in a blog post, the company announced several Eidoo news, and other features for the app.

New app tools to improve the user experience and usability of wallets and exchanges are coming soon, but also a rebranding is around the corner, almost a year after the project began.

It was October 2017, in fact, when the ICO of Eidoo presented itself to the market and raised as much as 28 million dollars.

“Remaining modern is crucial and a real challenge, that’s the goal of a rebranding. The problem is not changing some colours in the graphics interface of the app, but building a solid brand that the market can appreciate […] It’s been a slow and delicate process that has required a big investment in terms of time and effort,” says the press release.

Eidoo’s rebranding will not change only the graphics and colours, but also the logo, which will accentuate one of the main ideas behind blockchain technology: transparency, and for this reason, the colours become brighter.

“We are also working on the Eidoo website to make everything homogeneous and consistent”.

There are many features coming according to the announcement, currently already available in the beta version of the Android app.

Among these, there will be the possibility to login into your wallet not only by typing your password but also by using fingerprint and face unlock, technologies now available on almost all smartphones of the latest generation.

Another novelty is the value in fiat currency: every time you login into your wallet you can check the total or partial value of each token or crypto.

Over 150 fiat currencies will be available with prices taken from Cryptocompare APIs.

In addition to these new features already available on the test version of the app, new ones will be added in the coming months. The hybrid exchange functionality will be integrated into the Eidoo app: at the moment there are two separate apps, one with the wallet and one with the exchange. In the coming months, however, all the features will be merged in a single application.

“Last but not least, we are working to improve our ICO Engine platform so that startups can organize their token sales more easily. This will be possible thanks to the fact that we will add ICO tokens directly to the order book of our exchange“.