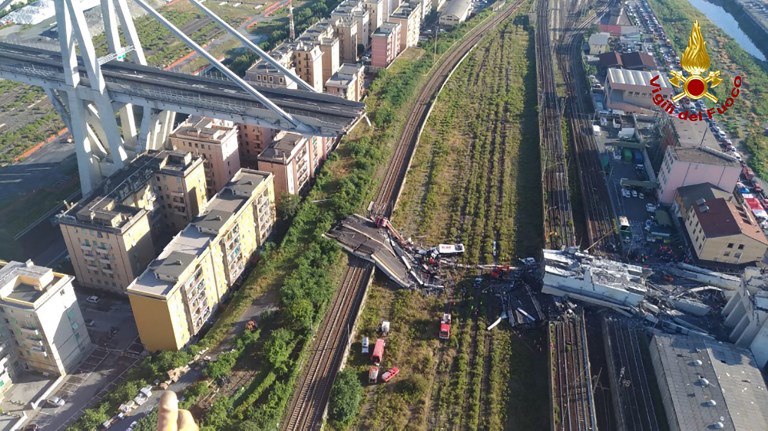 How blockchain could have prevented the Genoa bridge collapse

According to the international business lawyer  Andrea Bianconi,  Atlantia S.P.A. — the company that holds the Italian highways — made a profit of €1.5 billion in 2017, so money wasn’t an issue.

The issue was that the incentive was on maximizing profits, not on keeping the infrastructure in as good of a state as possible.

Token economics could be a solution

In his article, Bianconi proposes a blockchain-based system that may be a solution to the current concession system. The following is a shorter and simpler description of the proposed system.

First of all — to implement the system — the current concession should be immediately terminated.

As Bianconi put it “the loss of 43 lives seems like a just cause to terminate the concession immediately.”

In the new system, the new main stakeholders should be the state, the toll-paying citizens and the maintenance and construction, contractors. The financial flows — on the other hand — would be the tolls collected and the payments for construction and maintenance.

A great emphasis has been put on placing the whole system on a publicly accessible blockchain to ensure transparency.

The state assets should be transferred into an SPV or a new company, and then its shares should be tokenized.

Those equity shares will grant the right to a share of the profits (tolls minus maintenance). The indirect costs aren’t included in the calculation to “to avoid the incentive to use indirect non-business related costs to reduce the revenues and impact adversely on revenue distributions under 8 below.”

A set portion of the tokens could be airdropped to highway users or citizens, for example, the ones using Telepass.

The contractors will be paid with smart contracts to ensure enforceability of payment terms and recourse in case of breach of warranties on the work completed.

A portion will be paid in instalments at the reaching of milestones, and a part will be paid-in-kind with the tokens.

What’s more, a smart contract ensures that the contractor can’t sell the received tokens for the duration of the warranty period of the asset.

Contractors will also be obliged to subscribe to an interest-bearing government bond in percentage to the contract value. This bond can be tokenized as well and will be held as collateral.

All the revenues would be spent in maintenance, reinvested or distributed to token holders. There should also be a governance model with the token holders having — at least — “both a supervisory and proposing role, even if the State representatives then take the final decisions.”

While Bianconi admits that he is “reasonably confident that legal and technical issues (of the proposed system) can be effectively dealt with,” he acknowledged that the implementation would face many — mainly political — complex challenges.