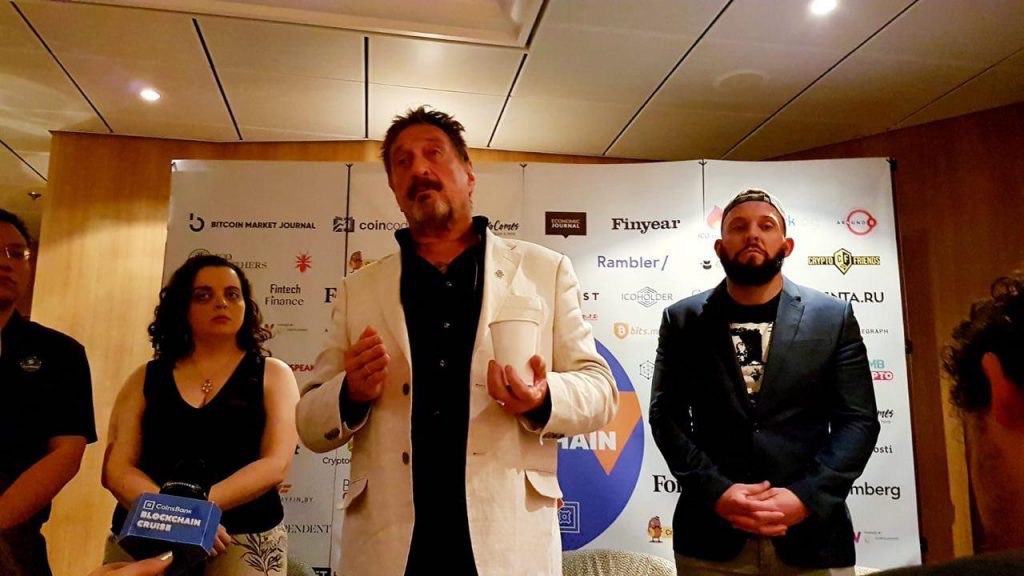 John McAfee, a partnership with exchange Coinbene against HitBTC

This Blockchain Cruise is full of surprises.

A few minutes ago, in fact, John McAfee announced with a press conference a partnership with the exchange Coinbene.

More specifically, Coinbene has signed this agreement with the McAfee Alliance.

The negotiation, they explained, began only a few days ago, when the crypto ship sailed from the port of Barcelona on September 7th.

This agreement aims to combat the corruption of exchanges such as HitBTC, against which McAfee has often sided in his posts on Twitter.

Coinbene, in fact, will agree to list for free all the coins and tokens that decide to ask to be delisted by HitBTC.

“Blockchain-based applications, cryptocurrencies and the entire focus of the crypto community is that we are a permissionless society.

A society is based on its financial foundation and in the existing world permission is the fundamental force that controls everything”, explains McAfee.