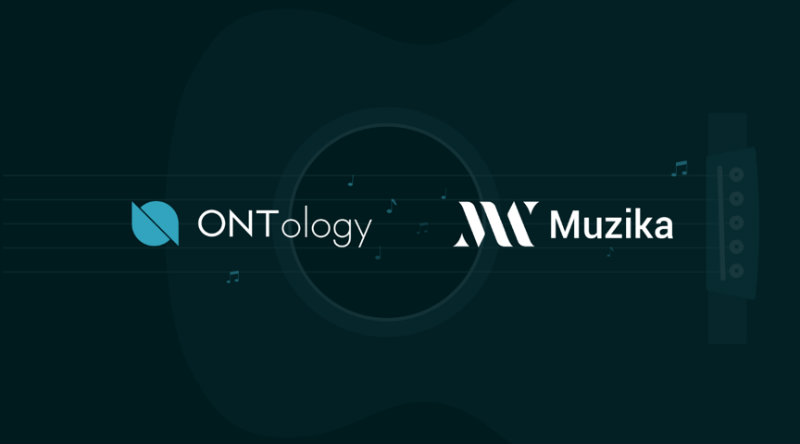 A new partnership between Ontology and platform Muzika

Ontology will host the decentralized music ecosystem platform Muzika. This has been reported in the official press release published on Medium by the Ontology Team on September 10th.

The partnership will allow Muzika to implement the decentralized application that is already being developed on one of the most popular DLT platforms of the moment.

The solution designed by Muzika will use Ontology’s technology to give fans a new digital identity and involve them in every initiative that will be presented on the music platform.

Fans will be able to participate in the production of music, listen to songs and earn from the distribution of new content.

Muzika’s intention is to create a strong network where original music is produced and distributed respecting all parties involved.

Muzika’s autonomous digital music system will eliminate what the project team considers to be unnecessary intermediation by record companies.

Only in this way, according to the creators of the DApp, will musicians and fans have more rights, and artists will benefit from long-term economic revenues that for now feed only the coffers of music publishers.

The words of Li Jun, founder of Ontology

Ontology founder Li Jun, co-founder of Onchain and an active part of the NEO community, said he was pleased to be working with an innovative team like Muzika.

Jun also believes that the development of the DApp will bring about a beneficial change in the relationship between music producers and fans, as the distribution of profits will be fairer and more balanced.

Muzika was born in Seoul from the idea of three young Koreans, Inseo Chung, Sangmin Heo, Jangwon Lee, included by Forbes in Asia’s Top 30 under 30 ranking dedicated to innovators from various industrial sectors.

Before dedicating themselves to the Muzika project, the three young entrepreneurs created the web platforms Mapianist, MyMusicSheet and KpopPiano, which, according to the press release, have about two million active users and 17 thousand registered music artists from 150 countries.

Previous article John McAfee, a partnership with exchange Coinbene against HitBTC
Next article The Winklevoss twins ready to launch the Gemini Dollar