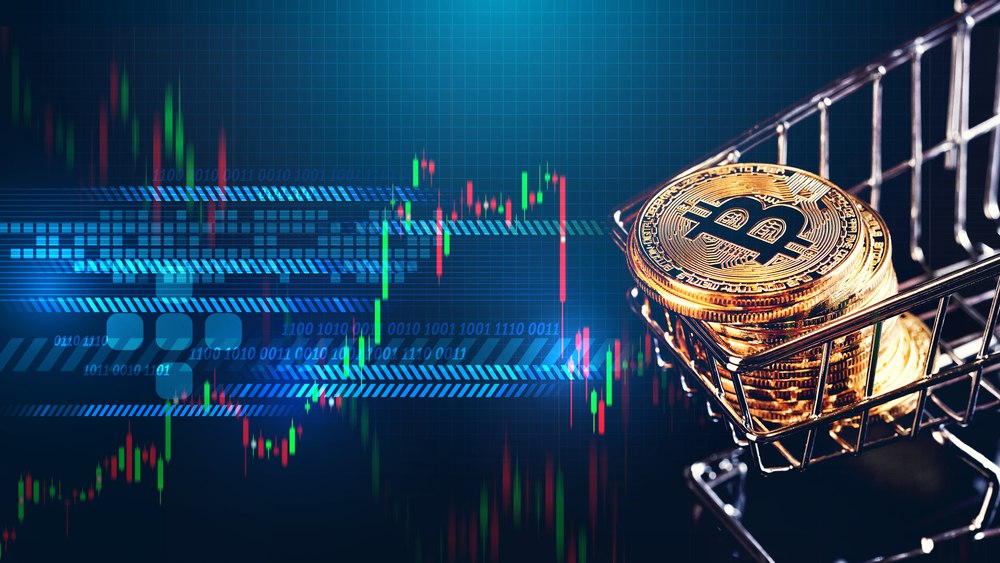 Today, scrolling the ranking of the first 100 cryptocurrencies listed on Coinmarketcap, only a red sign emerges, that of Bitcoin Dark (BTCD) that moves below 2%.

Narrowing the scope to the first 20, today Ethereum (ETH) and Monero (XMR) occupy the first two steps of the podium. Both, in fact, mark a rise that is close to 20% from yesterday afternoon’s levels. In third place, Tron (TRX) and Dash, which both mark a rise of 15%.

The total capitalization is able to go back just over 200 billion dollars with bitcoin maintaining dominance, despite falling by two percentage points compared to the 58% reached yesterday afternoon.

Yesterday’s article by Bloomberg caused a great stir, it compared the delicate period of cryptocurrencies to the “dot com” bubble at the beginning of the millennium.

The article shows how the decline of the last hours is worse than the collapse suffered in the 2000s by the technological index of Nasdaq Composite. The MVIS CryptoCompare Digital Asset Index, which tracks the trend of the first 10 most capitalized cryptocurrencies, yesterday reached its lowest point since the beginning of the year, falling below the threshold of 3000 points.

Since its peak at the beginning of January, above 13,000 points, the decline has been -80%. Two percentage points above the fall recorded by Nasdaq between the years 2000 and 2002.

Bloomberg has gone even further, defining the current situation as an awakening from the dreams of those who last year hoped that the digital currency would really become the digital gold.

And if Nasdaq has taken 15 years to return above the absolute highs of the beginning of 2000, the same fate becomes very difficult, if not impossible, for cryptocurrencies, especially if we consider the security holes, the slow and severe adoption of institutional bodies and the dangerous manipulations of the market, Bloomberg explains.

Without going into the merits of the right comparisons on the fundamentals that would require space and time that we don’t have here, we note that the crypto downward trends are different compared to the Nasdaq ones, and even the technical structure is definitely different.

The American Nasdaq Composite index reached its previous historical high in March 2000, just over 5130 points. From that moment on, a descent began that between April and October of the same year marked the beginning of the bear market.

The Bear market ended at 1220 points in October 2002, a bearish trend that lasted for more than two and a half years and fell by 78%.

Precisely, it was 81 months of which only 8 managed to close in positive. 90% of the period was in the hands of the Bears.

The current situation of the cryptocurrency sector sees a technically similar trend in the intensity of the decline (-80% on average for the main cryptocurrencies) but different in structure, especially when compared to the levels of 2016 and 2017.

Taking as reference the trend of bitcoin, we note that the levels repeatedly tested in recent months, in the 6000 dollars area, mark a decline just over 70% from the highs of mid-December. Of the last 9 months, 3 have managed to close upwards. This means that bears have dominated for 66% of the time since last December.

This is a difference that makes people think about a speculative bubble if we consider the unjustified values recorded between December and January, but in reality, it is a heavy decline that in the long run has not yet compromised the technical structure of bitcoin.

It is good to specify that the same comparison cannot be made for other cryptocurrencies, such as Ethereum and Ripple, which have fallen by 90% from their highs at the beginning of January.

In December 2017 there was a classic moment of irrational euphoria while the current one could be considered a distorted irrational depression.

Prices continue to rise. Just after touching the price of 6000 dollars, strong purchases return that in the last 24 hours reject again the 6500 dollars threshold.

As time goes by, the chart gets closer and closer to the moment of truth, i.e. the end of the period when prices will have to decide whether to break the downward triangle, upward or downward.

After a few days of negativity, a glimmer of light finally arrives. From the low of 167 dollars reached yesterday afternoon, the lowest level since July 2017, today’s double-digit rise brings prices back to cling to the threshold of 200 dollars.

In the next few days, we will need more confirmations before we conclude that the worst period in history for the second best-known cryptocurrency is a thing of the past.