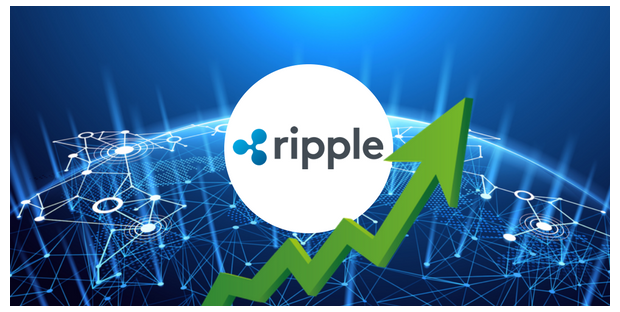 Trading Ripple in positive, while BTC and ETH pause for reflection

After a negative start to the week, today purchases are back on the rise again and green prevails among the first 100 cryptocurrencies per capitalization.

After several months of sidelining, Trading Ripple shows positive signs and outperforms most of the other coins. XRP, in fact, adds another +17% to the rebound that started exactly last Wednesday, September 12th. Ripple now capitalizes over 33%.

However, the position of XRP with respect to the activity of the Ripple Foundation remains unclear, which is why the SEC does not consider it a non-security equal to Bitcoin and Ethereum. In any case, the next developments in technology are re-emerging interest in the third cryptocurrency by capitalisation according to Coinmarketcap data.

The upgrade of the Ledger system to the latest version 1.1, scheduled for September 27th, opens the door to the XRapid service that will be launched in the coming weeks.

The system provides the ability to handle up to 50,000 transactions per second (now it handles only 1,500), doubling those of Visa (currently 24,000/sec.). This would make XRP the fastest payment system in the world.

Among the best-known cryptocurrencies, Cardano (ADA) tries to keep up with a rise of over 14% from yesterday morning levels. Among the worst we find instead Dogecoin (DOGE) that retraces just over 2%, liming the rise of recent days, in sharp contrast with the rest of the industry.

Steem, on the other hand, experiences a drop of 7%, motivated by fears of the blackout of the website occurred during the last 48 hours while the update of its mainnet was in progress.

Despite the positive reaction, the total capitalization of the crypto market remains below 200 billion dollars, highlighting the delicacy of the period.

The reaction is always the same: after reviewing the 6200 dollars, the price soon returns to the 6350 area.

This, however, is not enough to dispel the fears of a further bearish trend. It is necessary to rise above 6500 dollars within the next few days.

A possible failure of the climb would lower the sentiment of operators who, despite the recent weakness of prices, have been trying to reach the highs of the last two months.

To understand if the current rise is a classic bull trap or the beginning of the redemption of Ether it will be necessary to wait for more data needed to develop a more complete technical picture.

The data available until today support the second hypothesis but, in these cases, it is good not to anticipate times and dynamics.

As anticipated, the rise of the last 48 hours, in addition to marking a recovery of more than 30%, pushes prices beyond the neckline of the upper channel that, since last May, has accompanied the prices down to touch the bottom twice: in the $0.25 area, on August 14th and September 12th.

These lows seemed to have been abandoned forever at the beginning of December.

Instead, the collapse from the mid-January highs marks a pitiless -95% in just over six months. The technical developments expected in the coming weeks and the concrete possibilities to further expand the network of adoption by other financial institutions to speed up cross-border payments bring back the attention of investors and, consequently, the rise in prices.

These are the crucial levels to be monitored in the medium term. Conversely, a fall below the August lows would open the door to a drop to the $0.15 area.