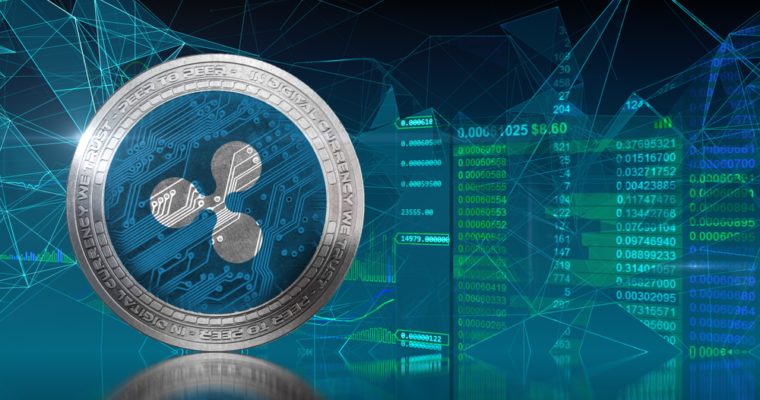 Crypto Trading Ripple and more: the weekend goes by slowly and with low volumes, the lowest since the beginning of the year

This morning over 75% of the cryptocurrencies listed on Coinmarketcap are moving in negative territory.

Looking at the top 30 in the rankings, the only green colour is that of Bytecoin (BCN), which is in 23rd place with over 385 million in capitalisation.

Ripple (XRP) and Iota (MIOTA) are among the worst of the day, with declines of over 12%, followed by Stellar Lumens (XLM) with a decline of around 10%.

Despite the slowdown in recent hours, total capitalisation remains around $220 billion, with bitcoin above 52% dominance.

Ripple returns to third place with 10% dominance, after having tasted for a few hours the second place at the expense of Ethereum. This event has only happened twice since the beginning of 2016.

The vertical price increase we have witnessed over the past few days has brought to mind the moments of glory that characterized the last phases of 2017.

A high jump of over 180% in value, in less than a week, doubled the capitalization of XRP, teaching over 20 billion dollars, levels from early June.

Although Friday afternoon’s euphoria stopped the race a few cents below $0.80, the current decline in the $0.50 area is nothing more than a retracement after the crazy race of recent days.

In fact, it took only 36 hours to cancel the four months of hell of the third most popular cryptocurrency in the market. In the next few days, it will be necessary to build a base from which to start rising again. It is important not to return below the $0.35 area so as to be able to resume the goal of reaching the fateful threshold of a dollar, abandoned at the beginning of March.

The resistance of bitcoin in the $6750 area is proving difficult, a level repeatedly tested over the past three days without finding the complicity of new purchases, which would instead be a necessary condition to give the right bullish impulse and push prices beyond the threshold of the 50% Fibonacci retracement level.

This level would distinguish the current price movement from a simple technical rebound at the beginning of a new multi-day bullish trend.

The rise in prices in recent days (+50% from September 12th), accompanied by increasing volumes in purchase and which has allowed the breakage of the bearish trend of Monday period, in the last 48 hours has seen the return of sellers, who have begun to defend the $250 area, level of resistance repeatedly indicated to be the first real bulwark to be overcome in the medium term.

The retracement in progress should not alarm if prices are not able to return below $200, better still above 220. This area, in fact, can be the springboard to support the jump over the resistance.

Previous article In Argentina and Venezuela Bitcoin as a solution to inflation.
Next article Ethereum transactions, 500 TPS thanks to ZkSnarks