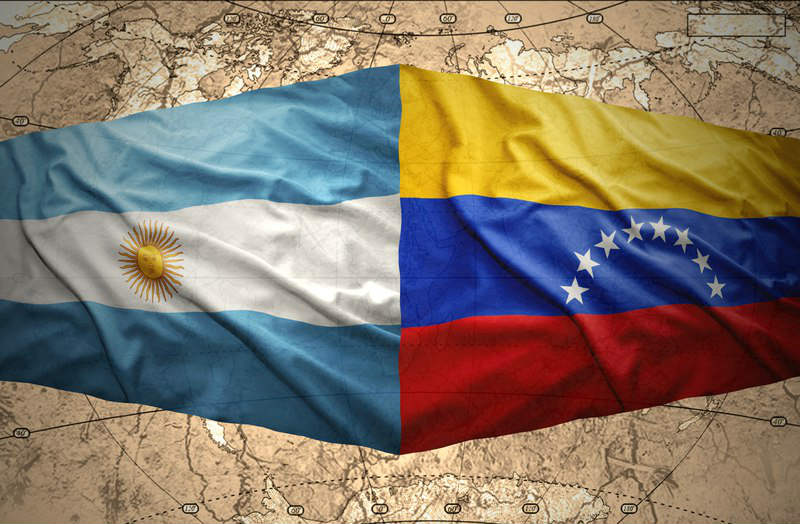 In Argentina and Venezuela Bitcoin as a solution to inflation.

According to the latest report by DIAR, a company that deals with financial research and that has recently also been dealing with crypto and blockchain, in Venezuela bitcoin continues to find more and more fans.

The yardstick is obviously bitcoin, although the adoption of Dash and Monero as cryptocurrencies that provide more privacy to all users is increasingly growing as well.

According to DIAR, in Venezuela cryptocurrencies are not only used as a store of value but also as a means of exchange and payments on a daily basis.

The phenomenon is not only limited to Venezuela but has also been documented in Argentina, another Latin American country where inflation has risen by 35%.

In addition, an Argentine political party, the Partito de la Red, has announced on Twitter the proposal to buy BTC with 1% of the reserves of the Central Bank of Argentina.

Cryptocurrencies are on the rise

To better understand what figures we are talking about, we can take as a reference the Local Bitcoins charts used in the DIAR research.

Argentina and Venezuela are using crypto to preserve the value of the currency, since the bolivar has hyperinflated as much as 200 thousand % and, according to some recent studies conducted by the International Monetary Fund, by the end of the year will reach 1 million %. 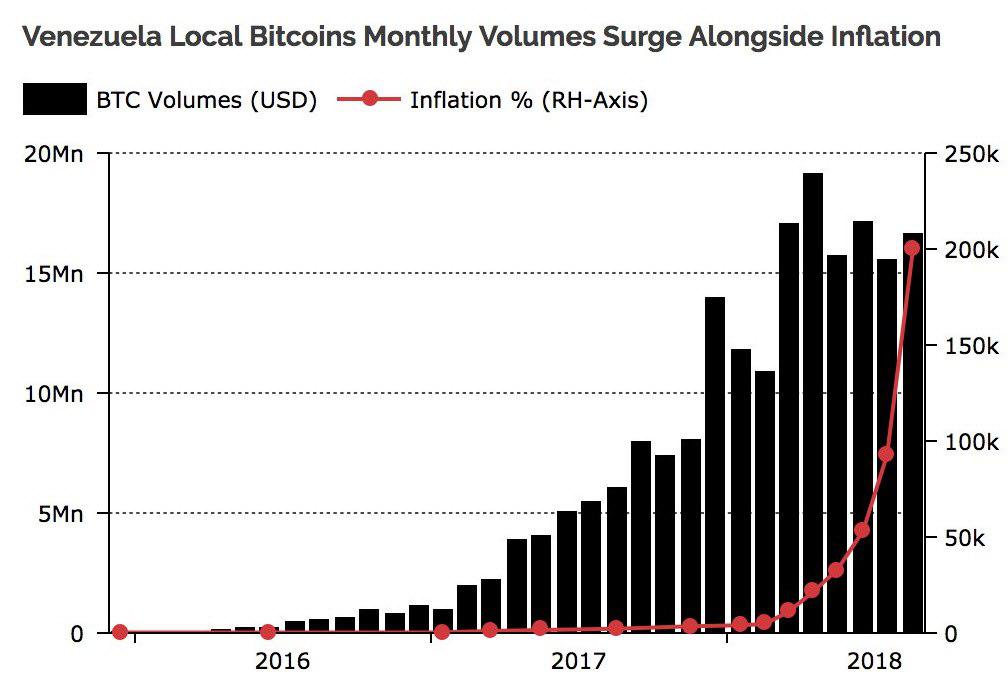 Despite the fact that a month ago the country has lowered inflation by 5 zeros, inflation has increased by 100%. In Venezuela bitcoin is increasingly becoming a way to save money. In some countries, Bitcoin’s volatility would be less a problem than the rise in inflation.

In the above chart, DIAR applied the exchange rate in dollars to give a clearer picture of the situation. The graphs look at a period beginning in 2016, i.e. from the moment of vertical growth-inflation.

This is certainly a very delicate time for Venezuela. If it is true that by the end of the year inflation will reach the levels of 1 million %, this would be a situation comparable only to the 1920 crisis in Germany.

According to the Venezuelan volumes reported by Local Bitcoins, the use of cryptocurrencies has increased from 2016 to date by 1250%, reaching 3 million dollars.