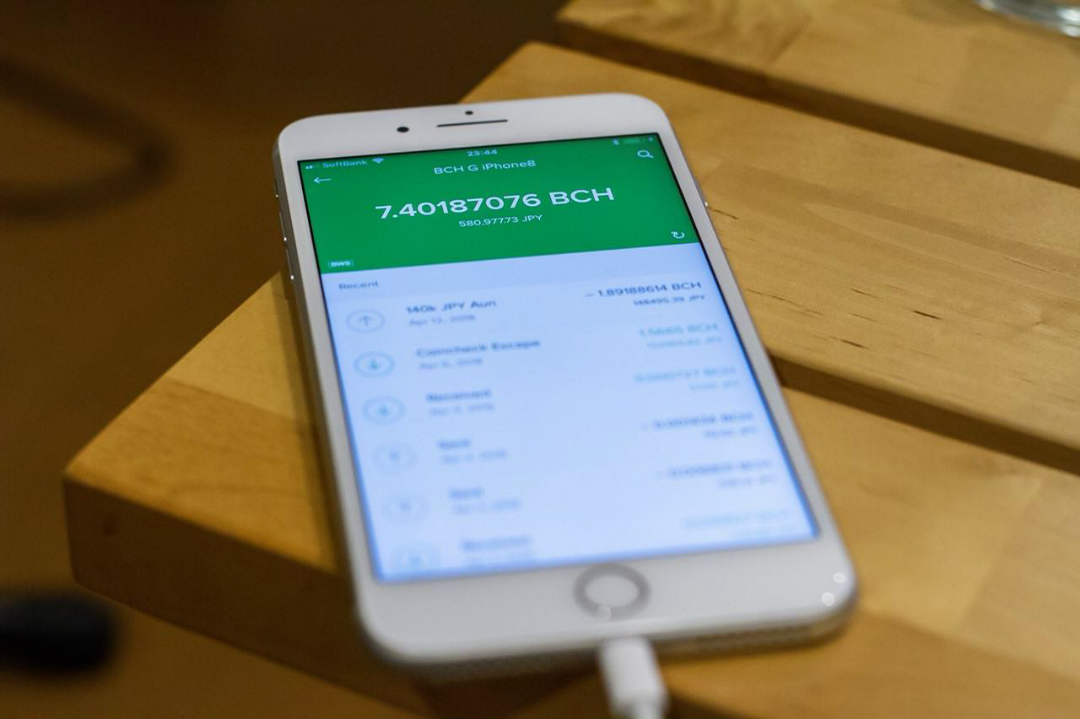 With bitcoin currently being responsible for over 52% of the total cryptocurrency market cap, one would expect that also the BCH adoption would be as far behind.

However, according to the Accept Bitcoin Cash Initiative, Bitcoin Cash — which accounts for around 4% of the total crypto market cap — is accepted by 90% of the stores that accept bitcoin. 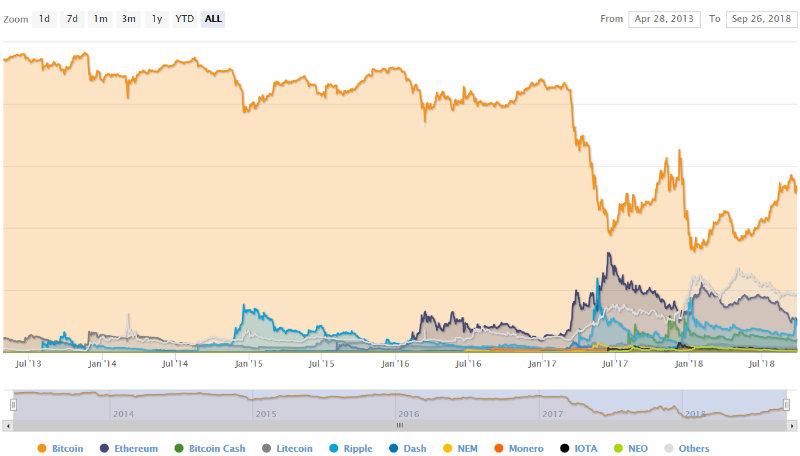 In a recent blog post, the aforementioned initiative, informs that they are tracking over 1750 websites and that over 900 of them accept BCH. The post also includes some interesting charts, which can be seen below. 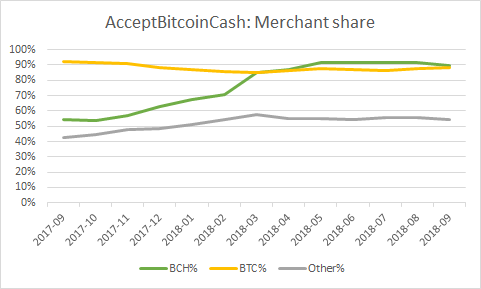 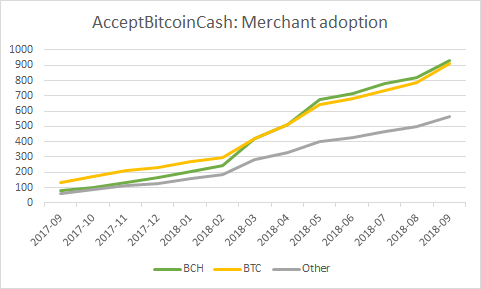 But what’s particularly interesting about those charts and claims is that recent research by Chainalysis has reportedly indicated that the actual usage of BCH has significantly decreased.

According to Bloomberg a “review of payments received by the world’s 17 largest crypto merchant processing services, such as BitPay, Coinify, and GoCoin, found that Bitcoin Cash payments slumped to $3.7 million in May from a high of $10.5 million in March.”

Given the current downward trend in BCH adoption, it is quite surprising to see that the number of merchants accepting it is increasing so steadily.

Still, we can draw two conclusions out of this counterintuitive situation.

It could be crypto adoption as a whole that, by progressing, drives BCH adoption further despite its actual usage decreasing.

Alternatively, the limited sample of “over 1750” merchants generates some data that aren’t representative of the real situation.

The main reason why everyone accepts Bitcoin Cash may be because by default Bitpay, the most popular payment gateway, allows Bitcoin Cash payments wherever BTC is accepted.

TimeCoin Protocol: a new IEO and meetup for the Italian public
Bitcoin close to January 2018 levels 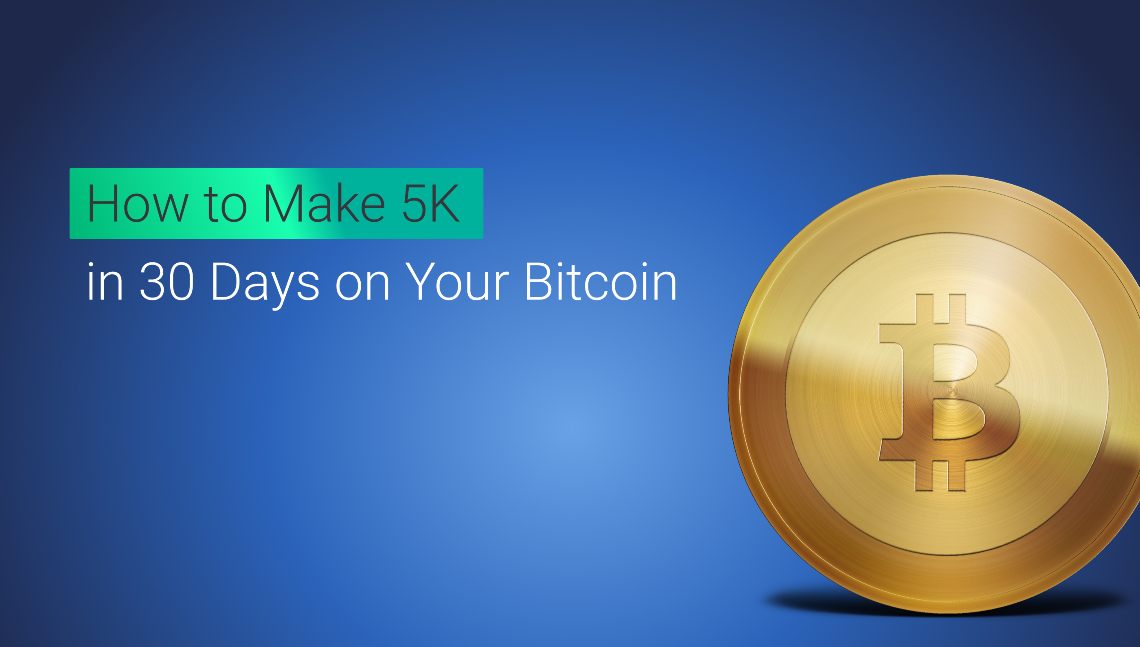 How to make profits in 30 Days on Your Bitcoin