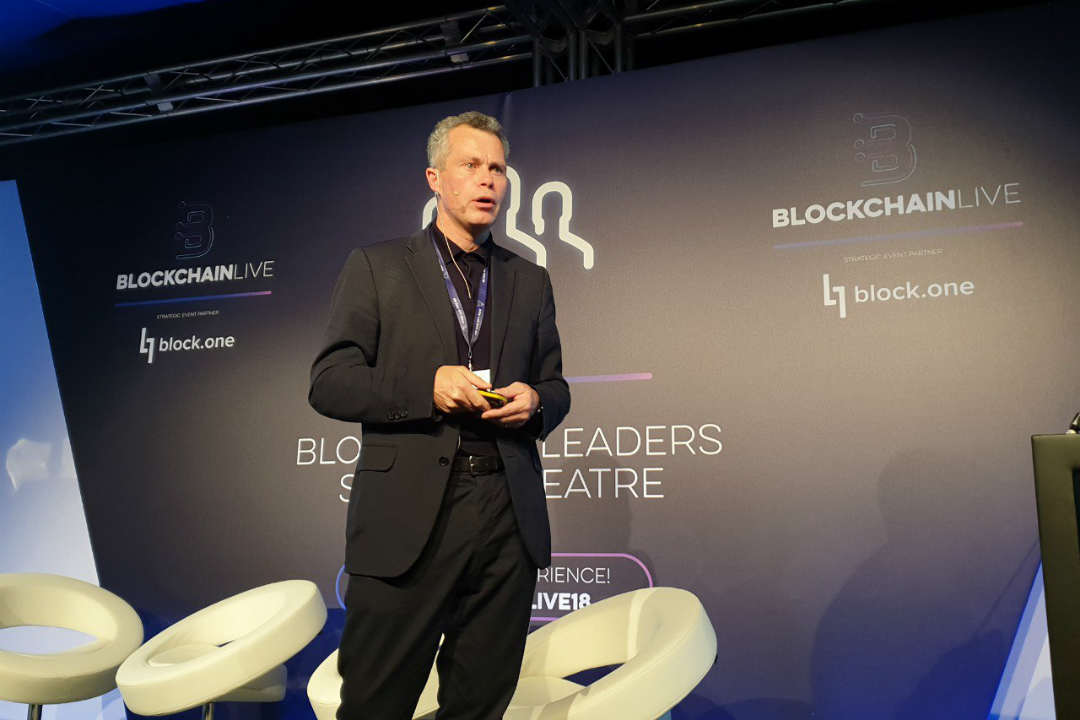 IBM and EOS on the Blockchain Live stage

The Blockchain Live event that was held yesterday in the British capital and had many interesting speeches but the ones that are worth mentioning are those of Anthony O’Dowd, Distinguished Engineer of IBM Blockchain, and Daniel Larimer, CTO of EOS.

At first glance, these two companies seem to have absolutely nothing in common, except for the speeches of the two speakers that dealt with the public vs. private blockchain issue.

Although it wasn’t treated as the primary subject of their speeches, what’s surprising is that they both dwelt on this difference that actually doesn’t exist for them.

Well, in the case of IBM the thing might not even come as much of a surprise, O’Dowd explains that “it doesn’t matter whether it’s private or public. It’s a blurry distinction. It doesn’t really matter” also because IBM is a company that uses the private Hyperledger blockchain.

In Larimer’s case, however, the response was a bit more shocking, since Eos.io’s main objective is to build decentralized applications (dApps). “[…]even if they are private ledgers, they still provide significant security“.

But let’s better understand in what kind of context they are talking about it.

And that’s why he explains that no matter if it’s a public or private blockchain, both would achieve the same goal, although of course “Blockchain-powered services create greater transparency and security, and this is what Eosio does by tracking all transactions“, Larimer continues.

As happened for example with the hacker who took over Trump’s Twitter account, it could happen to other famous people like Elon Musk, explains Larimer, and no one will be able – neither himself nor Twitter – to prove who said what, whether he or the hacker.

Every year, successful and unsuccessful attempts at hacking including “password phishing, social engineering, inside jobs, software exploits, and identity theft” cost companies a lot of money, but “all these problems can be solved with the blockchain“.

But this is not enough, according to Larimer it is also necessary to have “smart contracts that provide informed consent“.

Basically, according to the CTO of Eosio, this will make the Internet safer in the future, “ideally the user needs to read the contract each time to approve”, although maybe this will mainly apply to payments, and not for decisions such as feeding or not a virtual kitten.

This, according to Larimer, would help to limit hacker attacks because smart contracts would provide all the information needed to make a conscious decision.

“EOS is open-source because we believe in standardizing processes on the blockchain,” Larimer finally explains by answering a question from the public.

And it is precisely on the concept of standardization that we find other points in common with the speech of O’Dowd, who explains: “2018 is the year of standardization of the blockchain. Businesses think it is standard enough to build something on it“.

IBM’s speech, in fact, is based mainly on the state of the art of the blockchain, explaining that if in 2008 innovation began with the invention of Bitcoin, followed by Ethereum and others, from 2016 – and we are still at this stage – the attempt is to standardize processes to ensure that the various blockchains can connect and work together.

In addition, IBM also makes a prediction about the future: 2020 will be the year in which blockchain technology will be applied to the commercial sector: “the next phase will be that of commodities in 2020, providing higher value to manage quality risk, like it happens with Walmart that is using the blockchain to increase client happiness“.

And in fact, he explains, this process is already underway, since “the number of private blockchains has increased a lot during the last 6 months“.

In short, no matter whether they are private or public blockchains, or in what sector they are applied, blockchains – as both explain – are at an advanced stage of development and adoption and in the coming years will be increasingly used, even without people realizing it.