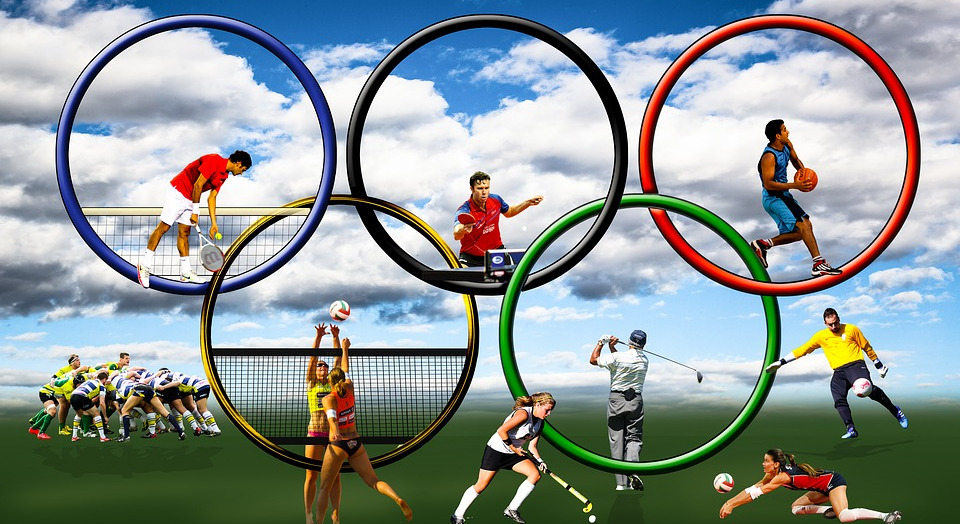 The petition to make Ripple the official crypto of the Tokyo Olympics in 2020 began a couple of months ago and it has almost reached the target of 7500 signatures. 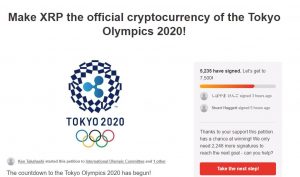 Launched by Ken Takahashi, to date, it has already collected almost 5,500 signatures online, 73% out of the total target.

Once 7,500 signatures have been reached, the petition will be sent to the International Olympic Committee.

This is a very interesting period for XRP: after having surpassed ETH by becoming the second cryptocurrency by market capitalization, even if only for a few days, interesting news continue to come out about its use.

For example, some executives of the Spanish banking giant Santander have said that Ripple’s technology has helped to “improve our customers’ lives”, although – it must be specified – that it is One Pay FX running on RippleNet, and not specifically XRP.

Given Ripple’s momentum, it shouldn’t be too much of a surprise to see the curious petition underway in Japan.

Takahashi’s goal would be to try to solve the problem of international visitors arriving in Japan with their currencies: “As tourists stream into the country, demand for the local currency skyrockets, causing long lines at currency exchanges, as seen at past events like Beijing 2008 and Rio de Janeiro 2016. Confusing exchange rates and language barriers further complicate the problem,” he added.

He also added that the fast XRP transaction times and the security provided by Ripple Labs could make a big contribution to solving this problem.

Indeed, Ripple Labs has just launched xRapid with the aim of providing a much faster and more efficient alternative to SWIFT for international transactions. Tests show that such XRP transactions only take a few minutes and cost exponentially less than sending money through conventional means.

According to Takahashi, an easily convertible cryptocurrency into fiat would reduce congestion and increase usability for international visitors, as well as saving a lot of money on exchange fees.