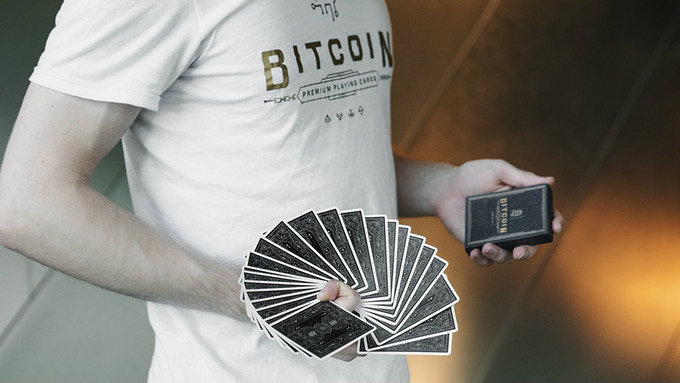 Bitcoin Puzzle, a board game inspired by the Blockchain

Have you ever wanted to create a board game inspired by Bitcoin? Perhaps it would be a fun way to involve friends, family and children in the world of crypto.

Well, here comes the Bitcoin Puzzle Playing Cards, a game currently being crowdfunded on Kickstarter that has already raised almost 140’000 CHF in less than a month.

It’s an acrylic box that contains two decks of cards. The box is actually a puzzle based on a visual analogy of how Bitcoin’s Proof of Work (PoW) operates. So, in order to play with the cards, you will have to solve the puzzle.

The game was designed with the help of Oskar van Deventer, holder of the Guinness World Record for the largest Rubik’s cube. There could be hundreds of puzzle combinations, but of course only one will be able to open the box.

The cards are not just cards, they contain many secrets and are pseudo-anonymous just like the transactions of the Bitcoin blockchain.

No element of this Bitcoin puzzle is left to chance: Satoshi Nakamoto’s whitepaper is engraved inside the box, along with the American Declaration of Independence.