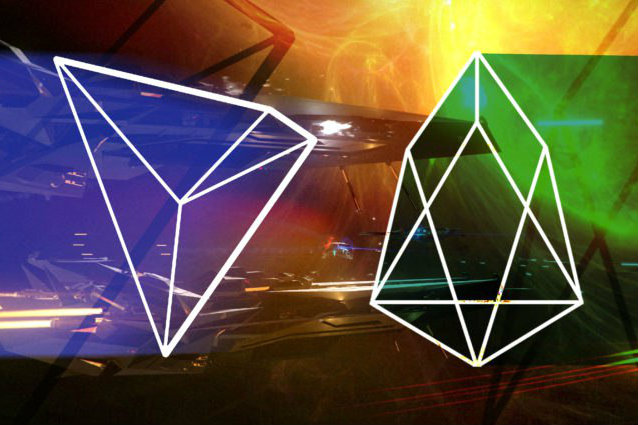 Tron is implementing an important update of its mainnet with Odyssey 3.1. It will lead to the activation of the Tron Virtual Machine, which is the function for the implementation of smart contracts on the TRX blockchain.

The implementation of this update will allow, through TVM, to apply an environment in which the smart contracts on the Tron blockchain are functionally tested before being inserted into the blockchain itself, thus avoiding any coding errors being shared between the various parties.

This is very important as there have often been complaints about bugs in ETH contracts. Among other things, TVM is also compatible with the Solidity language used on the Ethereum blockchain and this could lead to a migration of programmers to the new platform.

Justin Sun, CEO of Tron, sees his creation as a direct competitor to both ETH and EOS, and in a tweet, he recently praised the superiority. 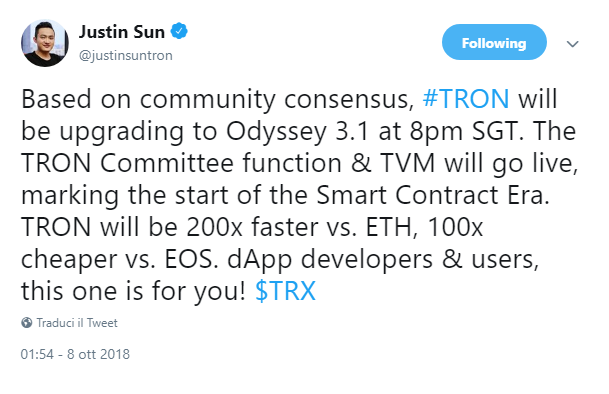 One might ask whether Justin Sun’s claims are true or boastful.

According to Vitalik Buterin, Ethereum can handle 15 transactions per second, although new implementations are underway for different solutions to the scalability problem. Tron’s supernode-based structure appears to be much superior but may have its drawbacks.

As for Tron’s greater convenience in applying a smart contract, Sun said that the current cost of a minimum fraction of tokens is such that contracts can be considered practically free. On the contrary, creating and applying contracts in ETH or EOS can cost as much as $10.

It must also be said that these are rebus sic stantibus situations, which do not take into account the evolution of different blockchains. For example, EOS is considering parameterizing the cost of the contracts to the actual RAM used, succeeding in obtaining an important cost reduction.