“The future is now,” a new TV show on the blockchain.

“The future is now” was presented in Berlin. It is a TV series consisting of various documentaries that tell the progress of new technologies around the world, including blockchain.

The result is a visual history of the technological evolution of the near future thanks to forecasts and trends.

The film also talks about women’s presence in this field: among the protagonists are Michelle Yeo of the end-to-end data and information management platform DataVLT, and Johanna Maska, former head of White House Press Advance for former President Obama and founder of the Global Situation Room, a company that experiments with blockchain technology in global trade and global risk. 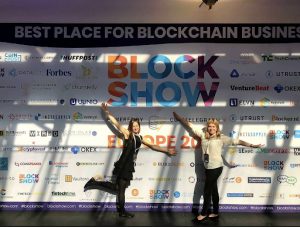 Gauthier Bros, CEO of Atayen, said: “We will break the wall between publishers and advertisers. We will remove the middlemen. The results will be visible directly on the platform by customer likes on Facebook & Instagram“.

In the film, there is also a ride in a Lamborghini Aventador with Vit Andrusevich, CEO of Coinsbank, a company that offers users debit cards powered by cryptocurrencies that allow crypto payments wherever VISA and Mastercard are accepted.