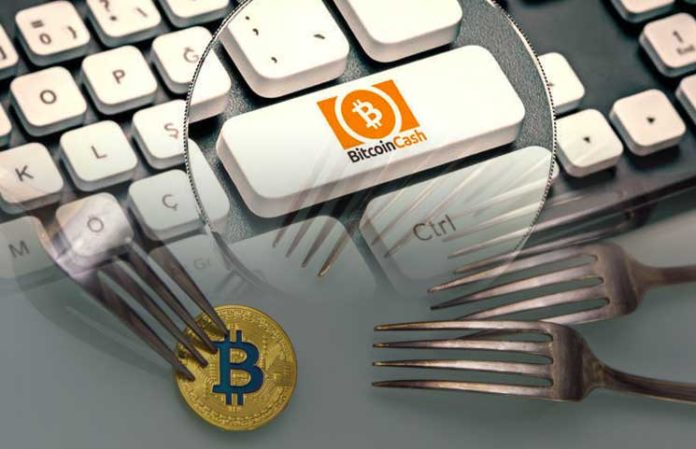 Bitcoin Cash: fork has been completed and 2 chains are born

The longest chain, for now, is that of ABC and, since it is mining blocks at a speed practically double that of SV, it can be said that it will be ABC to take the name and symbol of Bitcoin Cash (BCH). While SV, if it survives, will have to settle for another name.

By now this seems quite clear, so much so that futures on Bitcoin Cash SV at the time this article is written have fallen to 81 dollars, while those on Bitcoin Cash ABC have soared to 380. BCH, for now, has withstood the bump and reaches 420 dollars.

Bitcoin also held up, remaining stable at around $5,500, which suggests that Craig Wright’s threats were actually just a bluff.

Bitcoin.com’s decision to divert almost all its hash power towards BCH was decisive: after the fork, 9 of the 11 blocks were mined by Bitcoin.com, thanks to the remarkable hash power diverted on BCH ABC just before the fork.

SV Pool instead mined 4 of the 6 blocks of BCH SV after the fork, but it wasn’t enough to keep up with the pace of Bitcoin.com.

At this point, we can also expect that the exchanges that had declared to support the fork will create the new cryptocurrency and proceed to credit the new tokens to the holders of BCH at the time of the fork. For this, however, we will still have to wait a while.

The curious thing is that, despite everything that has been said before the fork, it would seem to have happened all in a painless way, according to those that were the hypotheses commonly considered more probable.

The only uncertainty seems to be the one linked to the survival of the new chain BCH SV, but perhaps it is still early to declare it definitively alive or dead.

Previous article Why is the crypto market collapsing: the Bitcoin Cash fork is to blame
Next article Yandex Money, 1% of Moscow's citizens use cryptocurrencies