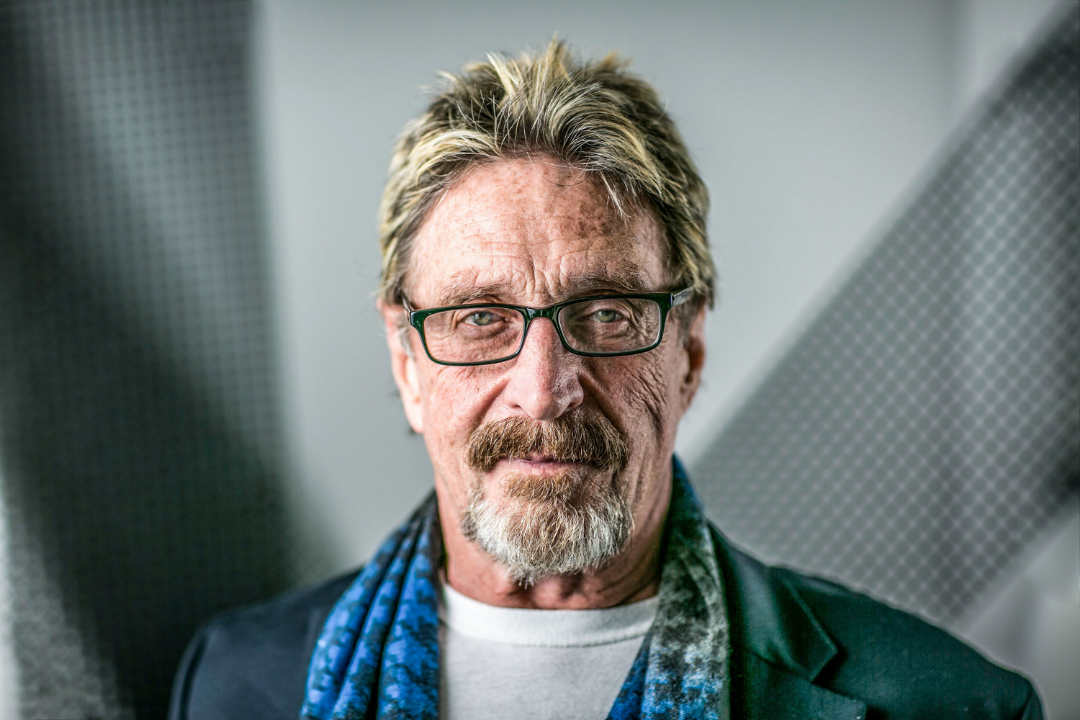 John McAfee has declared his support for Bitcoin (BCH) ABC and Jihan Wu.

In fact, today on his official Twitter profile he wrote:

“Those who stand against Jihan Wu are a idiots who don’t see the realities of the playing field. Please, get real. I will not let my ego destroy me by making me think I could challenge the only real power in this space. My email to him should make it clear to anyone where I stand”.

At this point he posted the following screenshot: 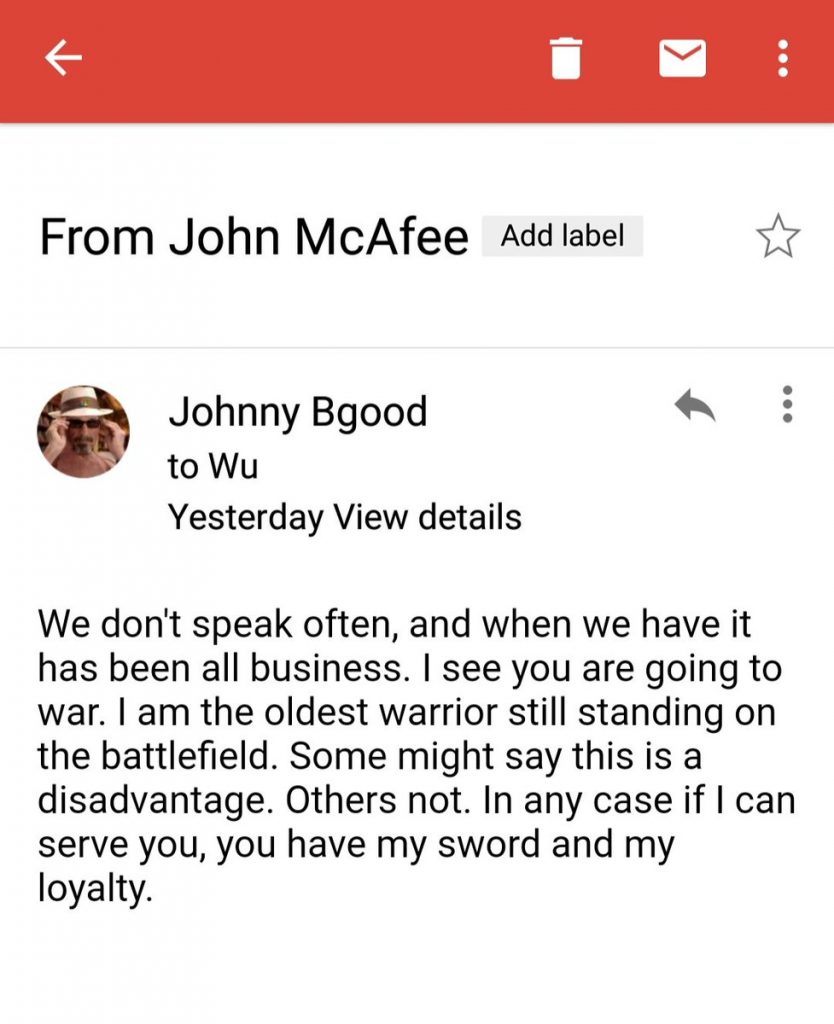 This is the text of an email sent by McAfee himself to Jihan Wu, in which he told him:

“I see you are going to war. I am the oldest warrior still standing on the battlefield. Some might say this is a disadvantage. Others not. In any case if I can serve you, you have my sword and my loyalty”.

McAfee started his cryptocurrency operations in 2016 thanks to a partnership with Bitmain, Jihan Wu’s company.

The war he refers to is the hash power war: for now BCH ABC’s rival, Craig Wright‘s (BCH SV) Satoshi’s Vision, would have the majority of the hash power, but Jihan Wu himself said that, if necessary, he’s willing to move his huge hash power from Bitcoin to BCH ABC.

In that case, most likely ABC would also have more computing power than SV, in addition to the support of most nodes (74%).