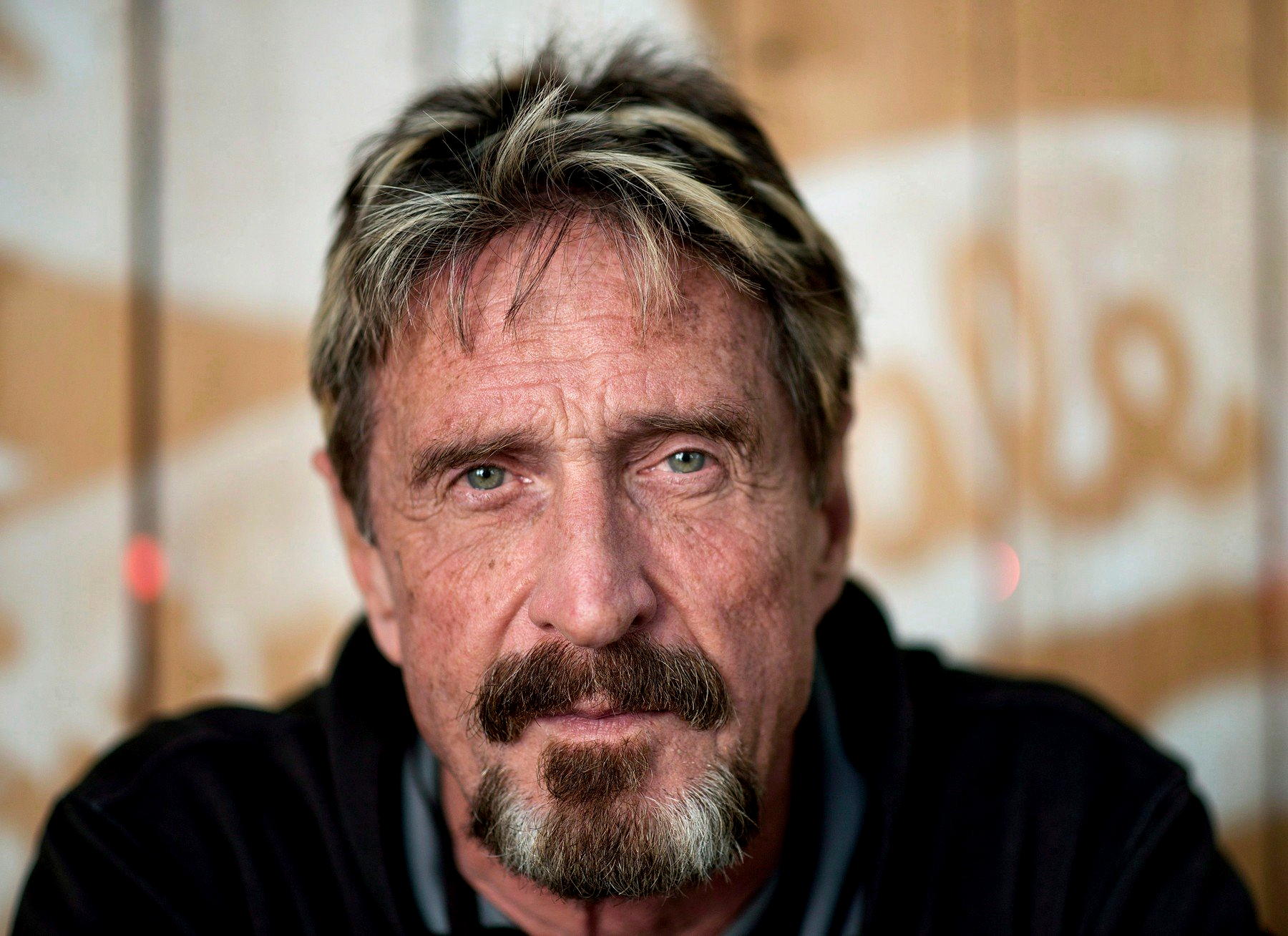 John McAfee is the most important influencer in the crypto industry

Clovr questioned 500 blockchain enthusiasts about the most important influencers in the industry and, according to the statistics, John McAfee turned out to be the person with the most following.

Participants in the survey were able to choose from nearly 80 influencers. Their preferences, along with the total number of followers of each character on Facebook, Instagram, Twitter and YouTube, were used to create the ranking.

Of the 500 respondents to the questionnaire, 26% are women and 74% men. The political preferences of the participants are more evenly distributed, 42% of these are Republicans and 56% are Democrats.  The average age of respondents is 32, but there is a big gap between the 18 years of the youngest and 73 of the oldest.

John McAfee gets first place, in second place there’s Vitalik Buterin (the co-founder of Ethereum) and in third place, Charlie Lee, the creator of Litecoin. An interesting detail is that McAfee seems to remain in first place in a good majority of cases.

In fact, McAfee remains the most influential even excluding the number of followers from the equation. He remains on the top of the podium even if the focus shifts between millennials or generation x and democrats or republicans.

That said, McAfee’s influence falls to fifth place only if we consider women’s responses. 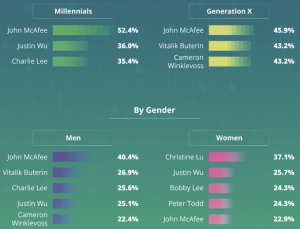 Another interesting detail that emerged from the statistics is the preferences based on the political ideas of the participants. In particular, unlike McAfee, other influencers are more sympathetic to Republicans or Democrats.

In particular, Vitalik Buterin is ranked second among Democrats, while among Republicans this place is occupied by Charlie Lee. The gap is much more pronounced when one considers that each of these is among the top five in the ranking of preference of supporters of only one of the two political ideas. 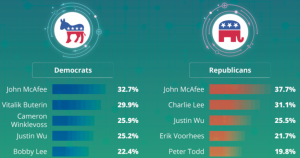