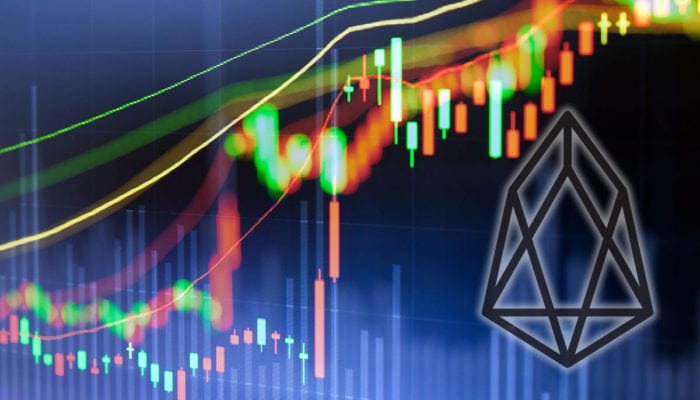 Of all the crypto prices, EOS continues to give clear signs of weakness.

Despite the fact that the EOS network has exceeded 1.7 million transactions, taking first place as the fastest active blockchain in the cryptocurrency world, investors are negatively affected by the proposal of Starteos, a Chinese node that is part of the 21 Block Producers, which has offered rewards in exchange for votes.

This move, in fact, contradicts the decentralization of the network Eos.

The price of the crypto EOS, in fact, sinks below 2.50 dollars, the lowest level since November 2017, a loss of 90% from the highs of late April, when the price exceeded 23 dollars.

The technical structure of the major cryptocurrencies continues to remain precarious. With the exception of Ripple (XRP), all the other cryptocurrencies in the Top 10 oscillate dangerously just above the annual lows. Exactly a week ago, between November 27th and 29th, many cryptocurrencies had updated last year’s lows.

However, the weekly balance remains positive even if the necessary confirmations to support the prices above the reference supports are missing.

Total capitalization returns below $230 billion. The number of cryptocurrencies listed on Coinmarketcap also continues to decrease and has now fallen to 2066.

Bitcoin‘s market share remains at 54%, with Ripple continuing to maintain its second position. Volumes are recovering, even if lower than the average of the last week.

The 3900 dollars threshold, after yesterday’s late afternoon descent, seems to be holding up at the moment, but the signs of an intra-day downturn are not enough to bring back the purchases.

It would be important to consolidate the prices above 4000 dollars. Last week’s first attempt in this direction was unsuccessful and therefore it would be useful to rebuild the technical structure that should find confirmation beyond the 4400 dollars, a high reached last Wednesday.

Yesterday there was a drop to 108 dollars, a step away from the lows of last Tuesday that marked the 106 dollars. The technical structure of ETH remains much more precarious than that of bitcoin, it would be necessary to consolidate over 110 dollars.

Last week there was an attempt to push prices up to over $124. So seeing prices return to last Tuesday’s starting levels is not a good sign. The next few hours are important for a possible return of purchases.

Previous article BTC transaction, 66,000 bitcoins moved by one of the largest wallets in the world
Next article The US Government is looking into traceability of Privacy Coins