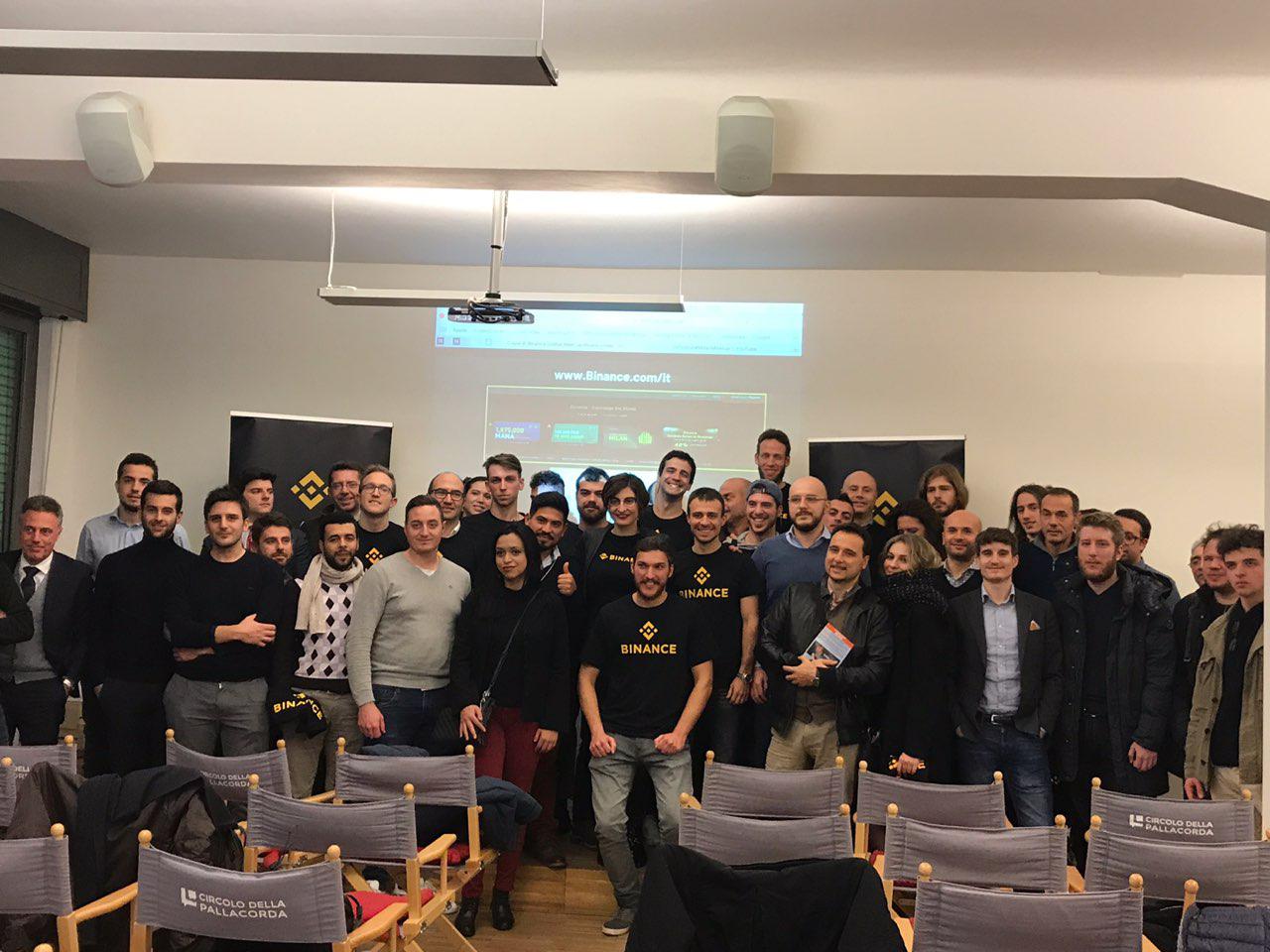 Yesterday in Milan, Community Manager Lucia Quaglia of the Binance Italian Community together with Binance’s Angels Alessandro Preti, Stefano Lanzara, Ludovico Spitilli and Enrico Pacusse held the Italian meetup dedicated to one of the most famous crypto exchanges in the world: Binance. 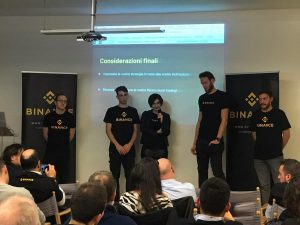 After a quick descriptive introduction of the crypto exchange, starting from the name Binance which is a mashup of the words Binary and Finance, Quaglia described the different areas, not necessarily related to trading, where the exchange is focusing: from the initiative called Launchpad dedicated to the sale of tokens and the sections of Labs, Charity Foundation, Education, Vision, to the latest acquisition of the platform, the Trust Wallet.

In fact, after the announcement of the implementation of the Binance DEX – decentralized exchange – which is currently under development, also the Trust Wallet was announced, a decentralized wallet already downloadable that works on the Ethereum blockchain, and that can store the ERC20 and ERC223 tokens.

The angel Alessandro Petri then described in more detail what are the realities that Binance would like to obtain from the Trust Wallet, stating:

“Usually, even if the platform implements all possible security measures, users choose not to “hold” or “hodl” cryptocurrencies on an exchange for a long time because they don’t want to risk losing their funds due to hacker attacks. With the new decentralized wallet, which in the future will collect all the tokens listed on the trading platform, the problem will finally be solved“.

Among the cryptocurrencies supported by the Trust wallet initially, there are Ethereum, Ethereum Classic, GoChain, VeChain, Tron, WanChain and POA Network.

Thanks to a question from the public, it was then understood what will be the other upcoming developments to which Binance is dedicating priority: Binance Jersey and later Binance Malta.

Binance Jersey will be the first Binance platform that will implement the fiat gateway, which will allow users to access the crypto exchange directly with fiat currencies, without having to switch from external wallets for deposits and withdrawals in US dollars and, later, with Binance Malta also in Euro.

Quaglia has however stated that there are still no official announcements about the launch of both the Binance DEX and the Binance Jersey, but these are the priorities.

The event saw a room full of people from different sectors with a common passion for the crypto world. There were small investors, traders and real collaborators of blockchain startups and ICOs.

An original and much-appreciated explanation on the functioning of the blockchain was presented through this preview video by the angel Ludovico Spitilli:

While the angels Enrico Pacusse and Stefano Lanzara then concluded the presentation describing in a practical way the advantages and disadvantages between being a trader or a holder on a crypto exchange.

Finally, the event turned into a real meetup where during the aperitif and the group photo, participants had the opportunity to interact with both community spokespersons individually and among themselves, exchanging contacts and opinions on the crypto world.

Previous article Ethereum: what to do for the Constantinople hard fork
Next article EOS Trading volume in decline
Stefania Stimolo