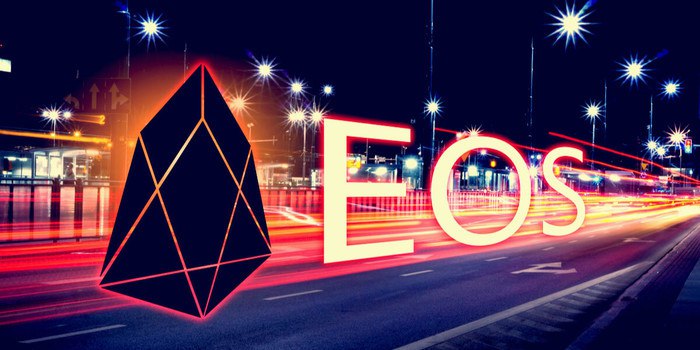 The umpteenth attempt to climb during the weekend has failed with quotations losing much of the ground recovered. An example is the bad trading performance of the EOS crypto that fails to reach the price of 2 dollars (USD), marking the worst weekly performance with a loss of 25% from last Tuesday’s values, as you can see on Coinmarketcap (CMC).

This morning, scrolling the list of the top cryptocurrencies for capitalization on CMC, the red signs prevail. Among the big 20, only Iota (MIOTA) and Ethereum Classic (ETC) are able to keep up the bullish pace with increases of over 2 and 5% respectively.

The current downturn returns to weigh down the weekly balance for all the top 50 most capitalized cryptocurrencies with double-digit losses. Bitcoin Cash (BCH), after having lost more than 50% in two weeks, has been having a tough time due to the increase of value and hash rate by Bitcoin SV (BSV).

The descent of the last hours highlights the lack of new purchases necessary to push the prices beyond the levels of resistance needed to provide valid indications of a possible trend change.

The lack of consolidation above 3700 dollars for bitcoin and 100 dollars for Ether, make the rebound of the weekend harmless. Fears of new sinkings are back. It is necessary to maintain the recent annual lows. 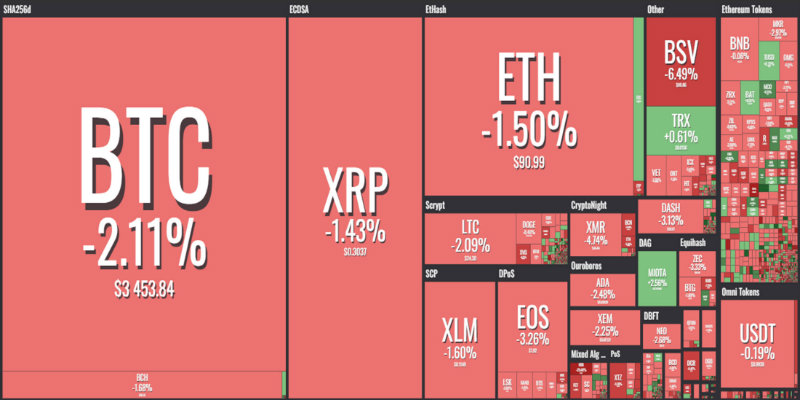 Total capitalization falls to $110 billion with bitcoin well anchored to 55% of dominance, while Ripple is well stable above 11%. Ethereum’s share continues to fall, now at 8.5%, the lowest level since March 2017.

The return of prices to test the 3500 dollars, frustrate the hopes of the Bulls emerged over the weekend. The daily trading volumes continue to fall, highlighting a totally different context to what happened a year ago when prices soared towards the absolute all-time highs.

Today, however, operators have to deal with the annual lows.

For the second time in two days, the threshold of 100 dollars rejects the rise in prices back to the levels of Friday, in the 91 dollars area. The fall in prices coincides with the contraction in volumes.

On Friday, after exceeding the daily average, trades fell to their lowest point in recent weeks, a signal that does not support a rebound, bringing prices back one step from the annual lows reached last week.

To breathe a sigh of relief it is necessary to recover the 105 dollars. The breaking of the support at 80 dollars has no obstacles until the 55 dollars.