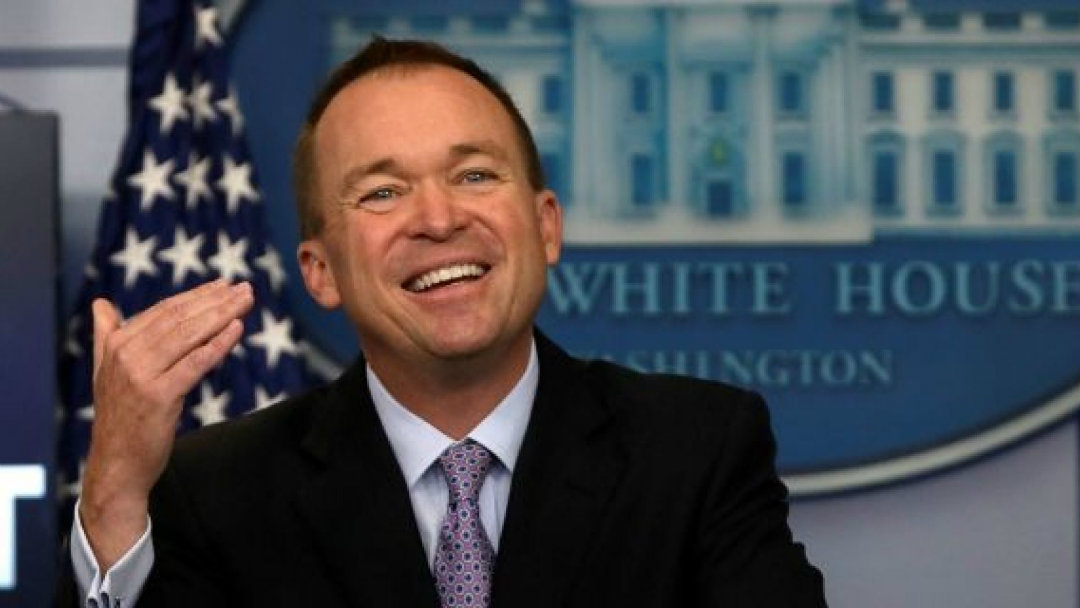 According to White House chief of staff Mick Mulvaney, Bitcoin is a good thing

The relationship between the Americans and Bitcoin seems to be getting closer and closer, especially at the high level of President Donald Trump who has just appointed Mick Mulvaney as the new White House chief of staff.

The congressman will take up this role in January 2019.

Republican Mulvaney has been working with Trump for some time and has also been Director of the Consumer Financial Protection Bureau (CFPB), the US federal agency for consumer protection in the financial markets.

The choice of Mulvaney was certainly not because of the fact that he is in Bitcoin’s favor but mainly for his very strong positions against the Fed, they are well known and could have played a role in this nomination.

In particular, the new White House chief of staff claims that the Fed is guilty of devaluing the dollar too much, instead praising Bitcoin as a currency that

“is not manipulable by any government”.

Mulvaney also helped the Blockchain Caucus to draft two pieces of legislation to support the growth and evolution of the blockchain industry and said that blockchain technology has the potential to revolutionize the financial services industry, the US economy and the provision of government services, saying he is proud to be involved in such initiatives.

His role of Trump’s principal assistant is more technical than political. As such, however, he does also have a political role and his duties include selecting and overseeing the key roles of the White House staff and managing the flow of information to and from the presidency.

This won’t allow him to directly influence US regulators’ policies on future cryptocurrency regulations but could give him a role to play in the SEC and CFTC.

He could also serve as a point of reference for the President’s staff, or even governmental activity, to gather support on the use and dissemination of cryptocurrencies.

In particular, it is expected that Mulvaney will have a neutral, or impartial, attitude towards these technologies, and may in some way influence other members of the American staff or government to maintain this approach, without prejudice of any kind.