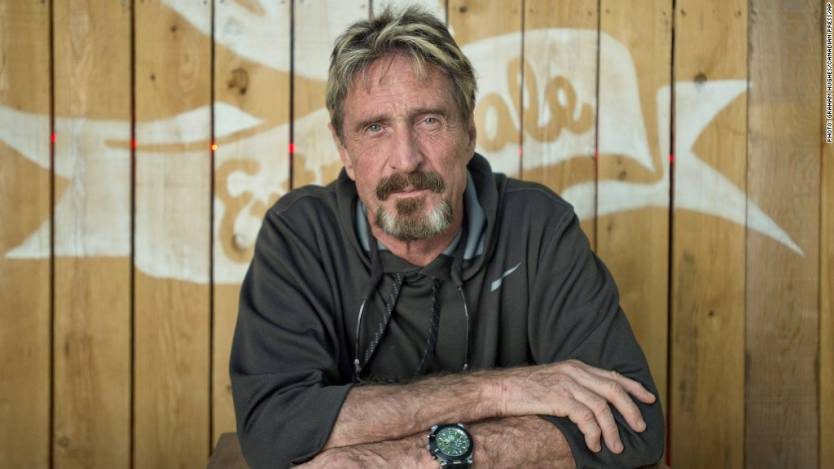 An exclusive interview with John McAfee will be part of the January 25th, 2019 episode of Soft Focus, Jena Friedman‘s program that will deal with the topic of sexual harassment in the gaming world.

Jena Friedman is a writer, comedian and director.

The American artist, also famous for her stand up comedy performances, worked as a producer at Jon Stewart’s Daily Show and was an author for David Letterman’s Late Show.

The trailer of the episode on the theme of harassment in the world of gaming, broadcast on the Adult Swim channel, sees Jena Friedman in a video with John McAfee and his bodyguards.

Using the Soft Focus format, Friedman, famous for the American Cunt show, has in the past tackled complex and delicate issues such as rape on campuses and cases of crimes committed by policemen. The show uses investigative techniques and innovative solutions to discuss relevant issues but with an ironic tone.

Jena Friedman, known for her style that is anything but politically correct, has received many awards and has also been nominated in the Top 50 of the funniest women in the world by Marie Claire magazine.

McAfee, who will be taking part in Soft Focus on January 25th, 2019 at midnight, gave a long exclusive interview to Cryptonomist last month about stablecoins, crypto prices and tokens.

The crypto influencer, as well as technology tycoon, is also involved in the production of King of the Jungle, a film in the making that will see Michael Keaton and Seth Rogen as protagonists and will tell the exciting life of the inventor of the famous antivirus.