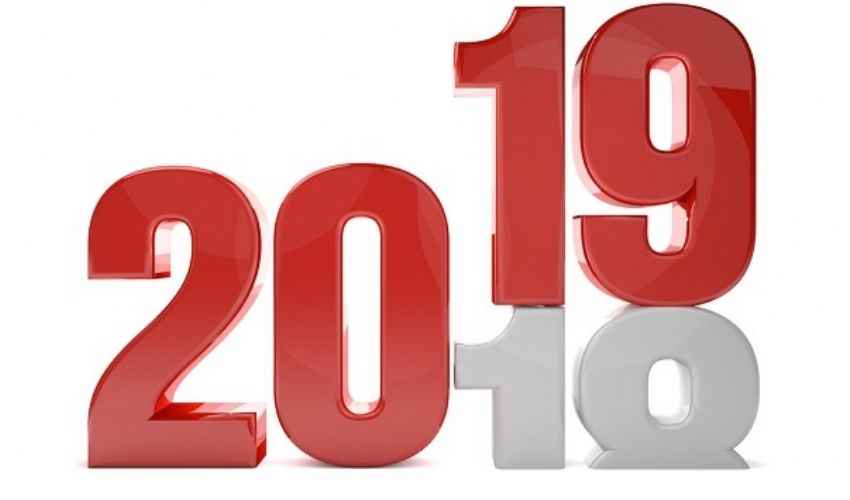 The most anticipated crypto projects of 2019

What are the most anticipated projects in the crypto sector for 2019?

Probably one of the most anticipated is Bakkt, for at least a couple of reasons.

The first is that it was announced the launch already by the end of January. According to some rumors, a further postponement could also come, but if it will not be launched in January, it could perhaps slip even in February 2019.

The second reason is that it should allow the entry of large capital from institutional investors, especially on bitcoins.

The expectation on this possible consequence of the market launch of Bakkt is really very high, also because the creators of the project have already widely declared that one of their main objectives is specifically this.

If everything goes according to plan, or declared, the impact on the market could be really significant.

Something similar also applies to bitcoin ETFs, on which the SEC will probably make a decision in February 2019.

In fact, the wait about it lately seems to be a bit ‘weakened, due to the repeated delays and, probably, even to the same Bakkt, because even the wait on ETFs concerned the possible entry of institutional investors.

In other words, Bakkt’s futures could succeed in getting a similar result, or at least comparable, to that of ETFs, but with less uncertainty.

In fact, while there are still doubts about the SEC approval of the bitcoin ETFs, the approval of Bakkt’s future by the CFTC seems only a matter of days. Therefore the waiting on one side has waned, while on the other it has risen.

To be honest, however, the real expectation is for the entry of large institutional investors, which could bring large amounts of fresh capital into this sector: Bakkt and ETFs would be just the means, not the end, but they remain the two most suitable projects for allow this to happen.

Among the crypto projects of 2019, there is great expectation for the diffusion of Lighting Network, already started in 2018, but still far from mass adoption.

In recent months, however, LN seems to be literally taking off, and this trend could continue in 2019.

In the last 30 days the number of channels has increased by 24%, the number of nodes by 13% and the network capacity by 12%: at this rate its spread could triple or quadruple over the next 12 months.

This may not already lead to a real mass adoption in 2019, but could definitively cast its foundations.

In terms of mass adoption there is a lot of expectation for the stablecoin, especially given the interest of large companies in this regard. Of course, the stablecoin are not able to arouse great enthusiasm in the crypto world, but they could contribute not a little to the diffusion of the use of these new technologies even among the non-professionals and among the neophytes.

The stablecoin are in fact in some ways very similar to the traditional fiat currencies, but they are used with very similar tools, if not identical, to those used in the crypto sector.

Therefore, in this case, the expectation is precisely for their possible mass diffusion in 2019, which could pave the way following the mass diffusion of the actual cryptocurrencies.

Another project on which much expectation is that of regulatory regulation. In reality, in this case it is a matter of many different national projects, above all public and state, and therefore certainly not able to provoke great enthusiasm.

But the expectation is a lot because not a few are those who believe that the current regulatory gap can be an obstacle on the one hand to the mass adoption of these new technologies, and on the other to the entry of institutional investors.

Finally there are dozens of projects that revolve around security tokens, and the so-called STO (Security Token Offer), which could in many cases become alternative financing methods to IPOs on the stock exchange for all those companies that can not afford them.

In this case it is a question of many different projects, closely linked to the issue of regulation, and which also involve numerous exchanges. For example, one on which focuses the most interest is that of the Nasdaq, which provides a platform for the placement on the market and the exchange of security tokens.

In addition to this there is also a lot of other meat in the fire, from RGB to the projects of Amazon and IBM, also and especially by the decentralized exchanges (DEX).

Some of these projects have already started, or are well under way, some will come to the market already in the first quarter of 2019. Others are still under study or planning, others have just started to take their first steps.

Certainly 2019 will bring many news in the crypto sector, some interesting, others less, but we can already say with certainty that the scenario in December 2019 will be very different than it is now.

Previous article Le Fonti TV, a blockchain event in Milan on March 6
Next article Genesis Block Day: how to celebrate 10 years of Bitcoin