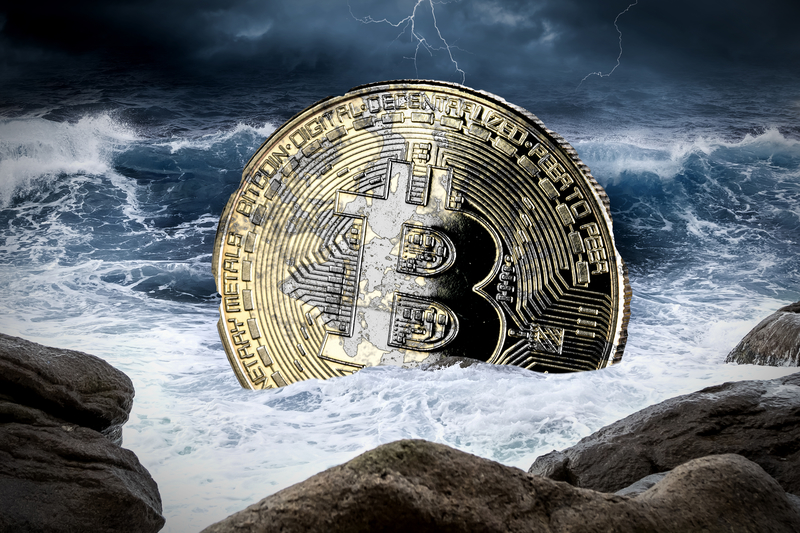 It’s time to take stock of this 2018 now almost over, seeing what were the best crypto of the year.

The sympathizers of the cryptocurrencies will leave willingly behind the worst year ever.

Before this year, only 2014 had scored a negative annual balance for bitcoin (BTC), closing the calendar with a loss of 56% from the values struck on 1 January. 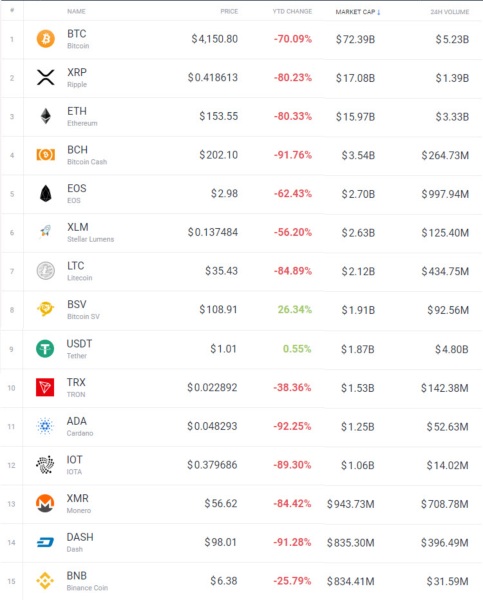 Despite the ICO fever has remained intact until last September with monthly collections over 1 billion dollars and the multiplication of new tokens, arrived to break through the wall of 2000 last October, the total capitalization has a lunge more than 80% in less than 11 months.

Before the Christmas rebound that the last week is giving to the entire sector, the fall in mid-December has touched the 100 billion dollars of capitalization, recording a collapse close to 90% from the highs of mid-January.

In a similar context, however, there are positive signs, auspicious for the next year.

During periods of crisis the queen of cryptocurrency has repeatedly demonstrated the ability to absorb and react to the hard sinks of a bear among the longest living since its birth.

Unlike all the other big, bitcoin has stopped the downside to a step from 3,000 dollars, threshold abandoned in September 2017, shrinking by 84% from the highs reached in mid-December of the same year. The fourth worst fallout since 2010, as well as the second in recent history.

In spite of more than 336 obituaries, of which 90 ceremonies during the year, and of the fierce competition of other altcoins that on several occasions have expressed through the voice of their founders be able to undermine the domain, Bitcoin continues to enjoy good health.

The recent developments of the protocol thanks to the implementations of the Lightning Network and RGB, as well as the ever more insistent attention by financial authorities around the world trying to regulate the fate of an asset different from the rest of the financial world, are forced to abdicate the insistent requests for structured products on cryptocurrencies and in particular with the underlying bitcoin.

The first months of 2019 will see the birth of financial products based on bitcoins. The decision of the SEC (Securities Exchange Commission) on the approval of ETF instruments (Exchange Traded Fund) and the launch of another future, this time on Nasdaq is expected to arrive by February.

Since last bitcoin Bitcoin holds over 50% of total capitalization, continuing to be the industry benchmark.

Until a few months ago, the term stableoin was always associated with the Tether against which heavy charges were flown but remained random and never supported by smoking tests. 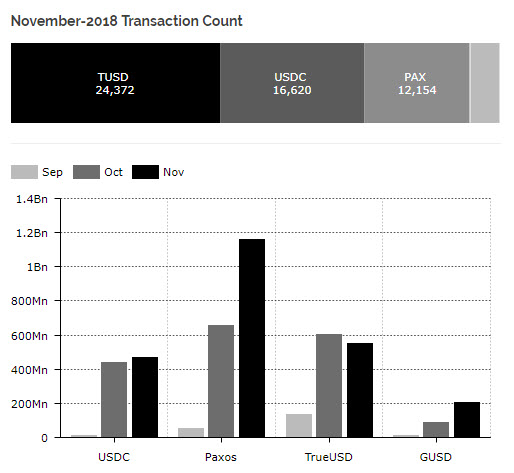 In a sector that is increasingly looking for stability since last summer, new stablecoin peggate with the US dollar and not only began to emerge, with the aim of remaining the revolving door between the fiat and cryptocurrency coins, ensuring greater stability and coverage.

In addition to Tether, which collects more than 70% of the total market cap of stablecoin, today we have Paxox (PAX), USD Coin (USDC), TrueUSD (TUSD) and Gemini Dollar (GUSD).

From September for these four stablecoin there has been an increase in trade of over 1050% exceeding the 2.5 billion capitalization in December 2018.

Today, the 47 existing stablecoin projects have raised over $ 350 million. Not just hooked to the dollar. In a period of severe turbulence in the financial markets, investors return to focus on the primary asset of refuge par excellence: gold. Today with cryptocurrencies it is possible to hold physical gold in digital form.

Recent launch of Ekon (EKO) which guarantees physical reserves held in the coffers of the company based in Lugano, guaranteed by quarterly audits and verification via webcam 24 hours a day.

There would have to be written dozens and dozens of lines to list old and new projects to be followed next year. Ripple (XRP) and Stellar Lumens (XLM), Iota (MIOTA), Eos (EOS), Monero (XMR), Tron (TRX), Cardano (ADA), Binance (BNB), Waves (WAVES), 0x (ZRX) , Zilliqa (ZIL), Basic Attention Token (BAT) and PundiX (NPXS) just to name a few without importance and aware of leaving out many other crypts that became the object of attention during 2018.

Also the half-known token Smartlands (SLT) is among the best crypo of 2018. Launched between November and December of last year, in full FOMO of the ICO, the SLT token managed to stand out for being always in countertrend by scoring a performance annual YTD of over 1000%.

Although the possibility of exchange is limited, today only possible on the Indonesian Exrates and on the DEX of Stellar Lumens, in December 2018 the token capitalizes over 16 billion dollars occupying the 178th position in the Coinmarketcap ranking.

The SLT token was designed to facilitate the tokenisation of real assets, in particular real estate – real estate.

Using the Smartlands platform, it is possible to exchange assets using blockchain technology, overcoming the intermediation and the typical slowness of bureaucratic barriers, especially in transactions between subjects resident in different countries.

The challenge of the Smartlands team is very ambitious and not without stumbling blocks in traditional bureaucracy, but it will certainly be a reference for other similar projects to launch new challenges. In the coming years, traditional finance is bound to see tokenise all existing assets. The future is already present.