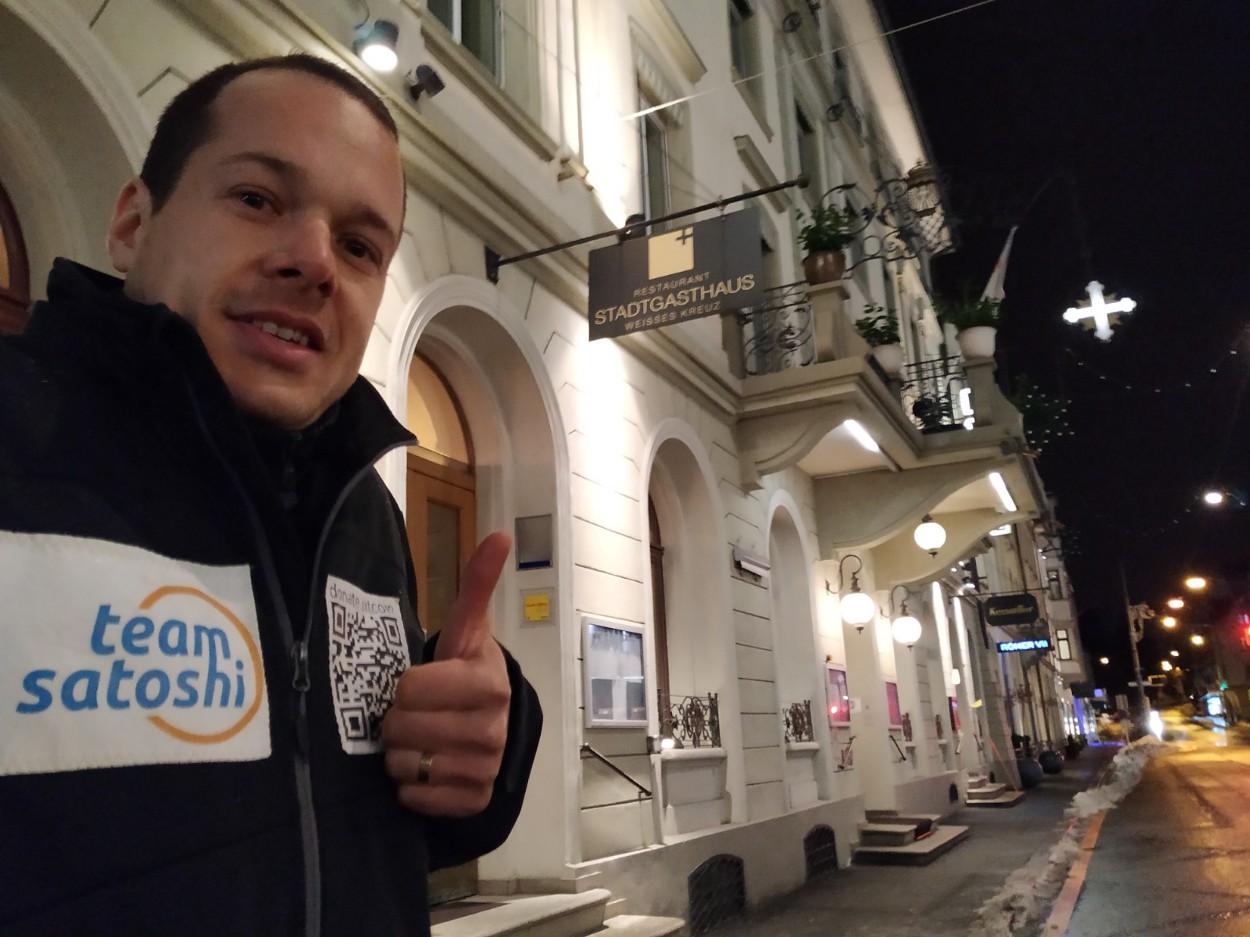 Vitus Zeller, a sports enthusiast and maximalist of decentralisation, left on January 3rd for the Tour de Satoshi, a bicycle trip from Florence to Frankfurt, to celebrate the tenth anniversary of the Genesis Block of Bitcoin.

Vitus Zeller‘s goal is to promote awareness and the adoption rate of bitcoin. In fact, the real challenge for the entrepreneur will be to convince someone in every city where he will stop to give him a room and a dinner in exchange for bitcoin.

Zeller created the Team Satoshi, a decentralised and sponsored sports team that takes its name obviously from the anonymous creator of Bitcoin, and on January 3rd, 2019, exactly in conjunction with the tenth anniversary of the Genesis Block, he left with this team for the tour. 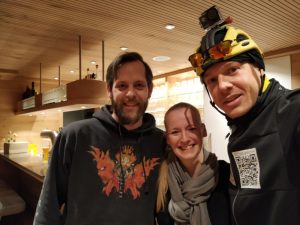 Others stops of the Tour de Satoshi also include Sassuolo, Cremona and Chiavenna, in Italy, Chur in Switzerland, Vaduz in Liechtenstein, Bregenz in Austria, and Riedlingen, Stuttgart, Heidelberg and Frankfurt in Germany.

The route is more than 1,000 kilometres long, with a total height difference of 10,000 meters, to be done by bike in ten days in the cold winter of northern Italy and central Europe.

Vitus asked as many people as possible to join him and to support this initiative with donations in bitcoin at the following segwit address: bc1q87jy2c28snel5tj3c5q94fdfuy9xwhl0ljlysn.

If everything goes as planned, Zeller will arrive in Frankfurt on January 12th at around 17:00, in front of the ECB building, where he hopes to find fans for the celebration of the 10th anniversary of bitcoin.

Vitus is also sharing his adventure through his Twitter profile.

The first stage of the tour was already problematic: the navigator did not work very well, so much so as to force him to use Google Maps, which however took him through hiking trails. This lengthened the route, preventing him from reaching his destination.

Zeller stopped at the town of Vergato, where he found a single hotel: although it was not absolutely easy, he convinced the owner to accept bitcoin.

The second stage of the Tour de Satoshi went better, but once arrived in Cremona he has not found hotels willing to accept bitcoin.

The third stage began with some physical problems, which forced him to completely change the route, shortening it. Instead of arriving in Chiavenna he decided to stop in Lecco and to skip Vaduz.

In Lecco, he found a hotel not only willing to accept bitcoin but even willing to donate them to charity after receiving them.

The fourth stage forced him to a change of route because of the snow. He also had to deal with the wind, a very problematic occurrence for those who travel by bike, and arrived in Sankt Moritz, instead of Chur, where he persuaded the owner of the hotel to accept bitcoin as a means of payment from now on.

The fifth stage was very hard because of the weather and environmental conditions, but he managed to reach Chur, where he did not find a hotel that would accept bitcoin.

The sixth stage reserved some nasty surprises for Vitus, who however managed to reach Bregenz. Fortunately, the first hotel he found accepted the bitcoin payment.

The seventh stage of the Tour de Satoshi was also very hard, or rather “memorable”. However, after several vicissitudes, he reached Riedlingen, where there were only two hotels. Fortunately, the first immediately accepted bitcoin, so Vitus did not have to look elsewhere.

There are still three stages to go, and for now, Bitcoin is winning 5:2, meaning that five are the cities where he found accommodation paying for it in bitcoin, while in two he didn’t.

Previous article Ripple XRP regains the second place in the ranking by capitalisation, here's why
Next article Samsung and Blockchain: statements from the director of the NEXT project