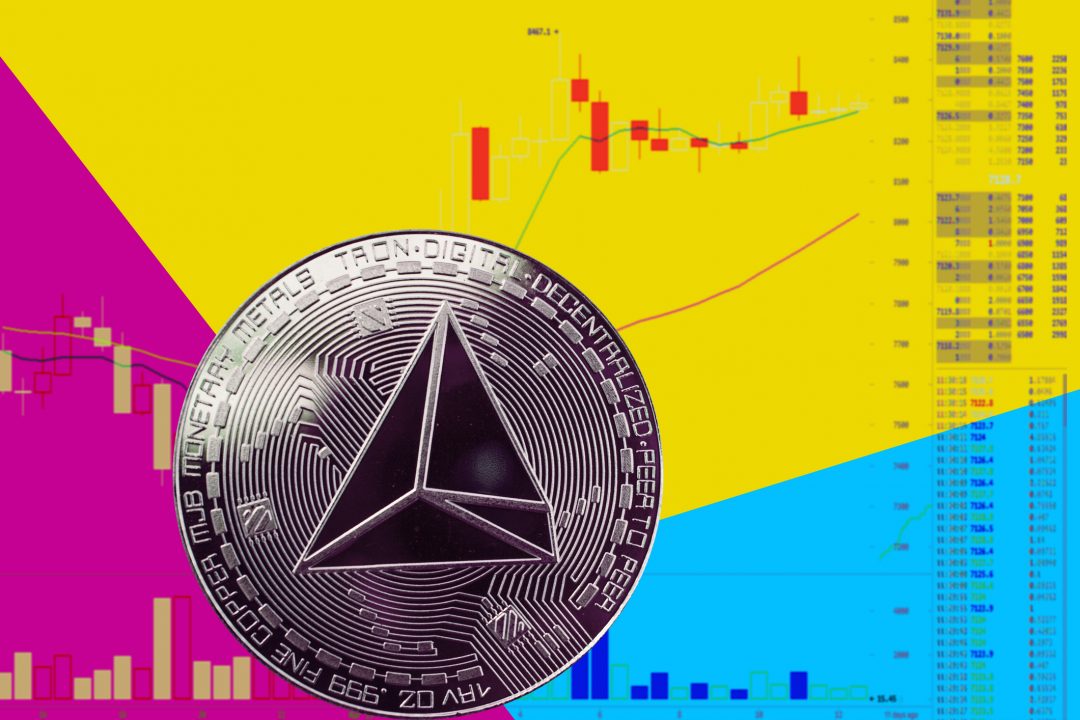 Tron (TRX), the price of the cryptocurrency stands on the podium

In an attempt to leave the worst week of the last month behind, the colour green prevails for the second consecutive day.

Among the Top 20 is the price of the cryptocurrency Tron (TRX), keeping firm the highest place on the podium for the best daily performance, rising by more than 6% from yesterday morning levels.

For now, there is no news to explain this rise in the price of Tron, but the partnerships that the team is making and the fact that TRX is increasingly used as a cryptocurrency, are certainly affecting the market.

In addition to the price of the Tron (TRX) cryptocurrency, Ethereum (ETH), EOS, Litecoin (LTC) and Cardano (ADA) are also doing well, climbing with the same intensity, trying to get away from the dangerous supports touched over the weekend. Only QuarkChain (QKC) in 84th place and Augur (REP) in 42nd place performed better, both raising more than 27% from the levels of the beginning of the week.

More than 90% of the 2108 digital currencies listed on Coinmarketcap are in positive territory, with average increases between 3 and 5%.

Volumes also continue to rise, returning to over $17 billion a day, after having reached its lowest point in the last two months over the weekend.

Total capitalisation is once again trying to surpass $125 billion, after losing what it slowly accumulated during the New Year’s week.

As the competition for the second place between Ripple (XRP) and Ethereum (ETH) continues, bitcoin consolidates its market share above 52%.

Yesterday afternoon’s shot saw bitcoin recover prices by more than 7%, bringing prices back above the $3700 threshold, a level abandoned at the beginning of the weekend. The movement recorded the support of buying volumes, showing a first positive sign after more than a week of uncertainty.

In the next few hours, we need confirmations over $3800, input that would increase the chances of further impulses over $4000 in the next few days. On the other hand, a return of the prices under 3500 dollars would underline the vigilant presence of the sellers.

A few hours after the important fork/upgrade of Constantinople, scheduled between January 16th and 17th, the attention of investors returns with new purchases that bring prices back over the threshold of 130 dollars.

The implementation of the Ethereum network will make several changes to the protocol and, if everything goes as planned, it could give further vitality to Ethereum, leaving behind its worst year.

Keeping the $130 would again project prices in the 160 area over the next few days. If this is not the case, holding the 115 dollars level remains decisive so as not to witness a collapse down to, or under, 100 dollars.

Previous article John McAfee and the Patron platform, "It will bring benefits"
Next article Bakkt acquires the back office of Rosenthal Collins Group