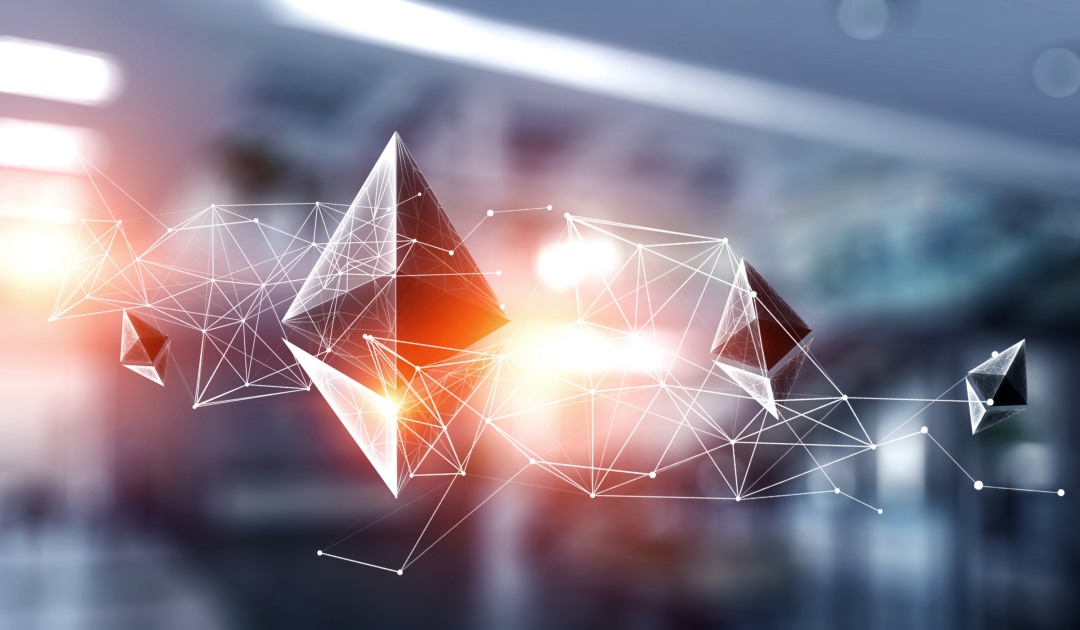 An interesting report by Diar updates about the progress of on-chain transactions on the Ethereum blockchain.

The very interesting figure shows a record in this value: 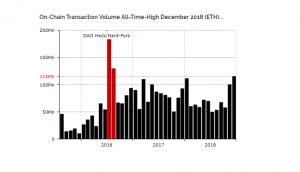 Discarding the Ether transactions that took place in 2016 during the famous DAO hack, December 2018 has recorded the absolute record of on-chain transactions.

On the contrary, there has been a considerable decline in the value of dollar transactions carried out on-chain: 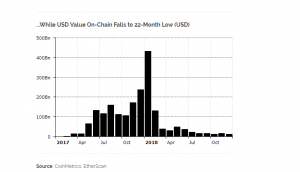 These two comparative data show a fractionation of transactions, so there are a lot of low-value changes.

This is certainly due to the decline in the value of ETH, which had a price above 1300 dollars in January 2018 against a present value of around 100 dollars, but also to a decline in the average number of tokens traded per transaction.

Interesting data comes from the evaluations of the total transactions of ETH and BTC and from the number of new unique addresses of Ethereum.

While the number of Ether transactions has now stabilised, on-chain and off-chain, after peaking in January 2018, Ethereum’s number of unique addresses, indicative of the number of wallets, has been growing after having touched the low in October 2018.

This means that, as far as the use and interest of users are concerned, ETH seems to have left the worst behind, even if prices are not yet rewarding.

Previous article Diar Report: $15 billion of new tokens on the cryptocurrency market in 2018
Next article Fortnite: are V-Bucks the new bitcoin?