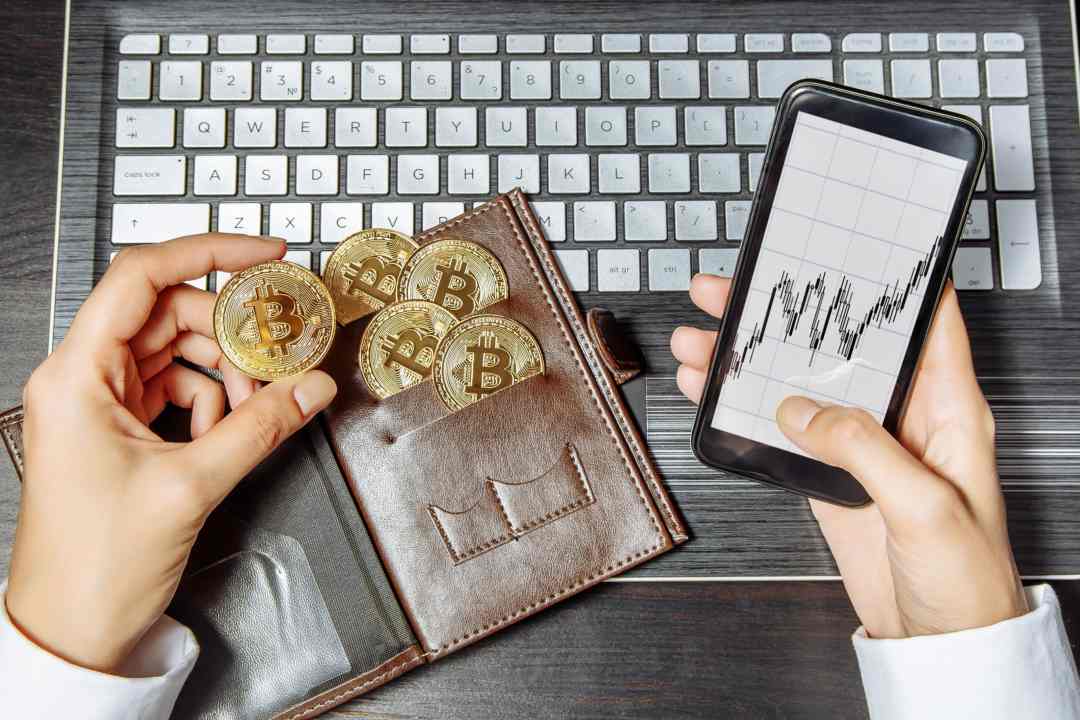 Coinschedule: a sentiment analysis of the crypto market

Coinschedule, the well-known website for analysis and rating of ICO projects, published yesterday a sentiment analysis of the crypto market for the years 2018 and 2019.

The results are moderately optimistic about the valuation of expected prices, with a view that has shifted from financial speculation to long-term project valuation and with a particular focus on investment soundness.

First of all, the report considers the enthusiasm of investors: have they become suspicious or, in general, are they still euphoric? 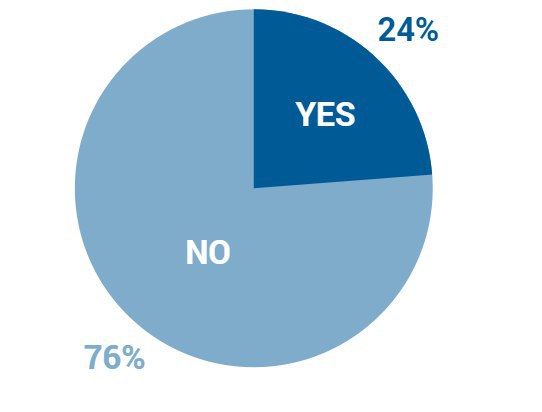 As you can see from the chart, the enthusiasm is still very high for the world of virtual currencies, despite the fall in prices in the second half of 2018.

Why did investors choose virtual currencies? The reason is quite simple: to receive a return on investment, even if the novelty and peculiarity of the technology are a very high-interest factor.

It is clear that the prospect of a profit is still there. 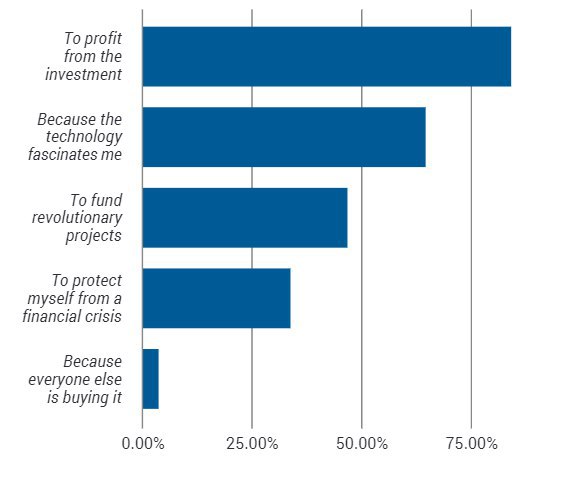 The Coinschedule report then analyses what are the major dangers that undermine virtual currencies, ie what are the fears of investors.

The greatest fear, according to the analysis, are scams, followed by a lack of regulation, which often makes the industry uncertain, and then the hacker attacks on exchanges.

Price volatility, on the other hand, is in the last place, a sign that this element has now been introjected and accepted by investors. 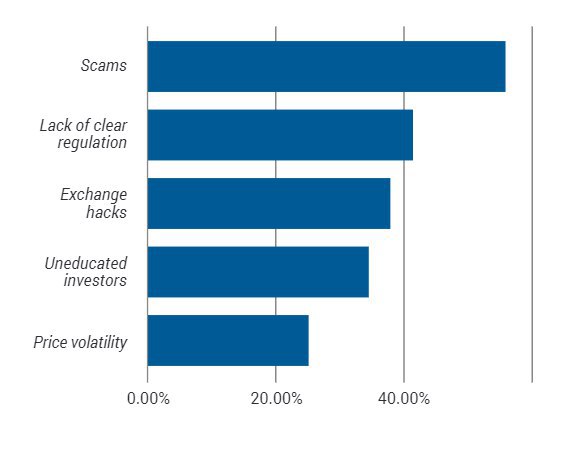 What do industry operators expect from the price of bitcoin in 2018?

This is important because expectations often influence the price, especially in a volatile market such as that of bitcoin and with an uncertain base value.

In this case, the most consistent forecasts are moderately optimistic, with an expected value between 5 and 10 thousand dollars, followed by a value between one thousand and five thousand.

Much less are those who, incurable optimists, expect a price between 10 and 20 thousand dollars. 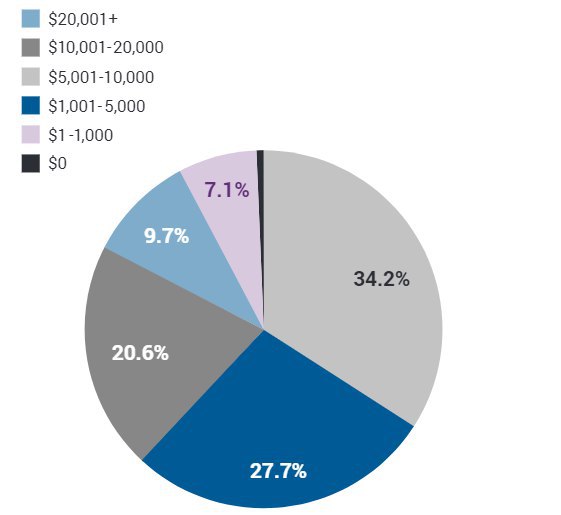 Which factors would increase the interest in virtual currencies?

First of all, a technological improvement, such as scalability; secondly, market factors such as a fall in price in a project in which one believes and in which one feels the speculative spirit of the beginning.

In the third position, always according to the sentiment analysis, a clear and incontrovertible regulatory framework. 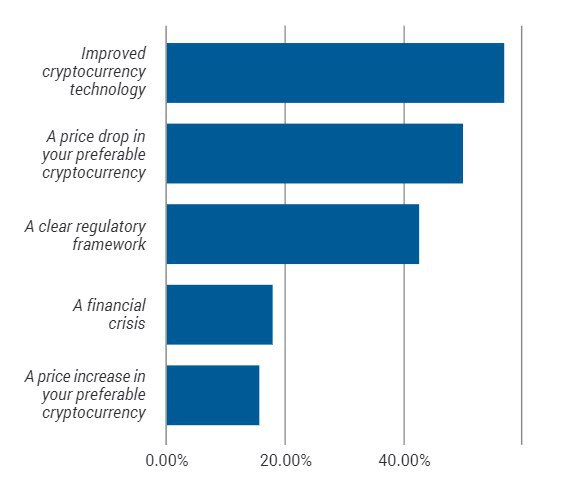