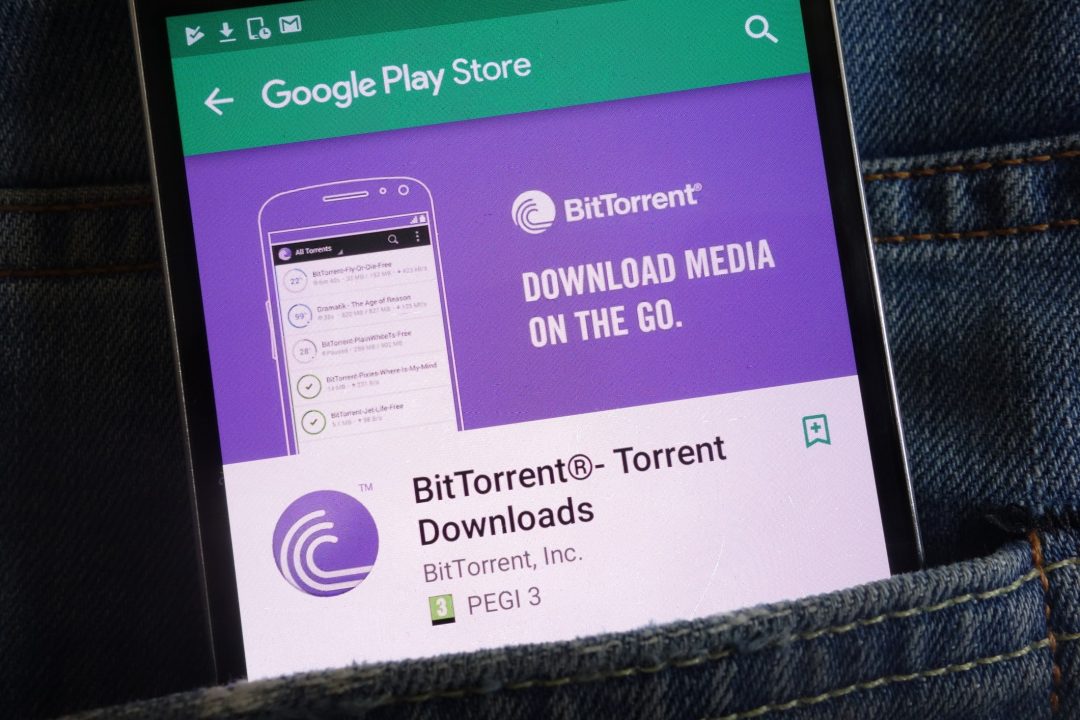 The BitTorrent ICO – with its BTT token located on the Tron blockchain – raised $7 million in 18 minutes.

But why has there been so much interest in this ICO, especially at a time when token sales aren’t very successful?

BTT is one of the first tokens to be released using the TRC-10 protocol of Tron’s blockchain, but that’s not the only reason for its success.

BitTorrent is a famous P2P platform for free online file sharing and was probably also the source of inspiration that made Satoshi Nakamoto call his “creature” Bitcoin.

The Tron Foundation has acquired BitTorrent Inc, the company that produces some of the core software that uses the BitTorrent protocol, and is now looking to further develop its business with the so-called “Project Atlas”.

To date, in fact, the protocol is still regularly in use on about one hundred million devices worldwide.

The BitTorrent network provides a system of incentives for those who download files, so as to encourage them to also become a node of the network itself.

The goal now is to evolve this system by using the BTT token and Tronix (TRX), which is the native cryptocurrency of the Tron blockchain.

In order for the BTT token to be used and become widespread, a series of airdrops have been planned, the first of which is scheduled for February 11st, 2019, thanks to which the BTT tokens will be distributed to the owners of TRX.

All official wallets on the TRON network that own TRX will receive BTTs depending on the amount of TRX held in those wallets.

The other airdrops are planned for the next 6 years, as reported in this table recently published in a report by BigBit Research Lab: 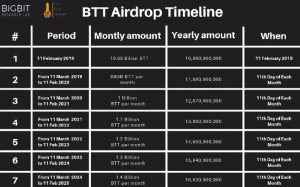 Therefore, the ICO was only the first step in the market launch of the BTT token, which will be followed by the issuance of new tokens over the next few years.

Today, the BTT tokens are already tradable on the market but are not yet usable within the BitTorrent software.

Previous article Some doubts about the Italian legislation on smart contracts and blockchains
Next article LocalBitcoins: record countries in terms of crypto volumes