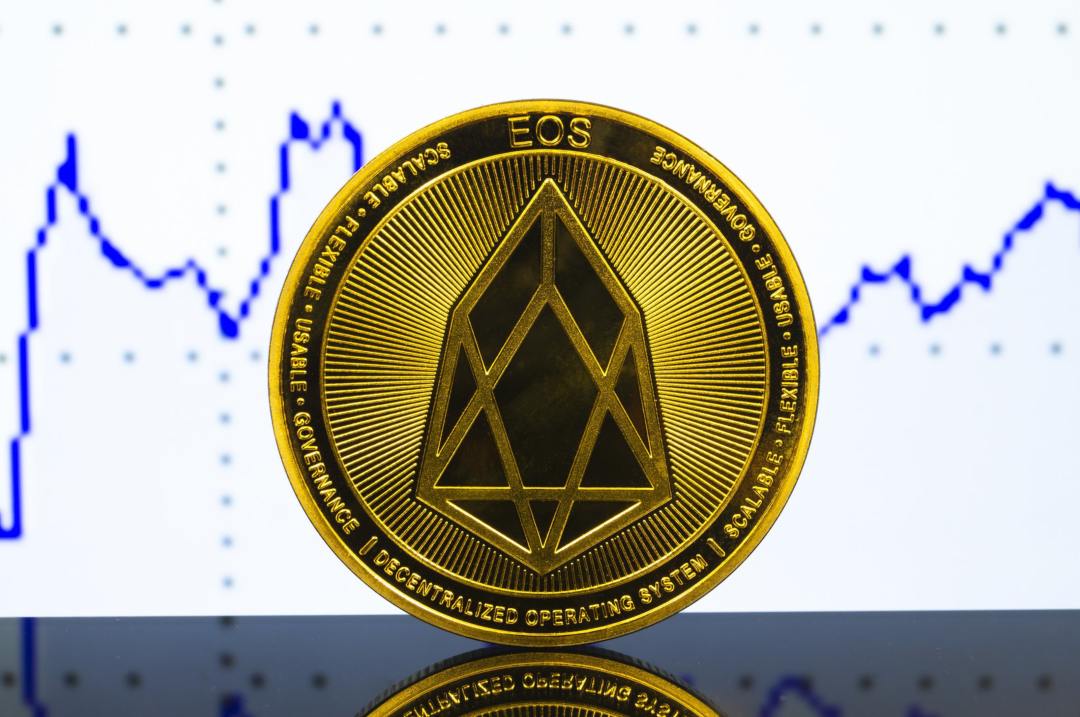 After having overcome the short-term resistance, the main cryptocurrencies do not show signs of weakness and continue to move upwards showing again a double-digit increase. Among all, the EOS crypto trading stands out with a jump of over 25% and returns to the $3.80 level left the last mid-November.

Since Valentine’s Day, EOS, the fifth most capitalised crypto, has scored a leap that exceeds 50% returning the excellent mood to the many traders who see the trade flows increase again after more than three months of sleepiness. 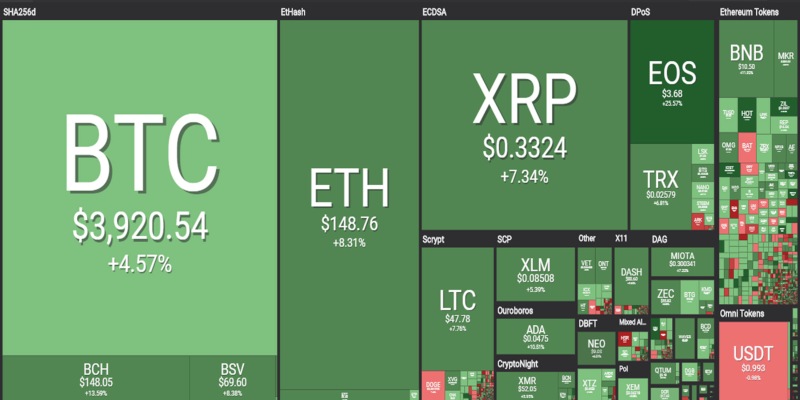 At a respectable distance, Bitcoin Cash (BCH), Cardano (ADA), Dash and, a little lower, Ontology (ONT) and Holo (HOT), which continue to rise by more than 10% even today.

Ethereum also continues to do very well, touching the double-digit and prices over $ 150, ringing a significant rise over 30% in a matter of days.

To find the first signs in red you have to go down to the 32nd position held by Basic Attention Token (BAT) that retreats 2% from yesterday morning’s values. Lower down Ark keeping the handbrake pulled (-4%) for the second consecutive day.

In general, there was an excellent jump in volumes of over 30% daily with trades of over 26 billion dollars. It should be remembered that in recent weeks some days marked just over 11 billion dollars traded in the 24 hours.

It is a clear sign of the return of attention from investors that has led to a rise above $131 billion in total capitalisation.

Bitcoin gives up 52% dominance to the altcoins. Ethereum returns over 11.6% to the levels of early January, breaking away from XRP by over $2 billion. XRP drops to 10%, its lowest point since last November.

After overcoming the first dynamic resistance in the $3750 area between Saturday and Sunday, prices come into contact with the second trendline (thick red line on the chart) that marks the battlefield between Bears and Bulls in the medium term.

The achievement of 4000 dollars is more a psychological signal, as the technical resistance of value is in the area of 4200 dollars. The bullish movement of the last ten days registers an increase of 20%, mostly benefiting from the effects of other altcoins. In the next few days, there is a need for strong signals that will attract new purchases. A possible return below 3550 would begin to cast doubt.

Since Sunday the hunger for purchases has pushed prices one step closer to the highs of the beginning of the year in the area 160 dollars. The upward trend is in line with the start of the new monthly cycle.

It was not since last May that there was a monthly cycle with a closing minimum higher than the opening one, a sign of stability to be also confirmed for the next period expected by April. A rise above 170 dollars would be positive; on the contrary, a return below $115 would be worrying.

Despite the technical difficulties that have plagued prices since the first days of January, with prices falling by more than 10% from the beginning of the year and the cross attacks on the foundation of the project, prices have managed to return to above $0.33, the level of late January, a watershed area seen in the first weeks of the new year.

A push above $0.38 is required in the coming days to avoid the risk of being attacked by downtrend speculation.