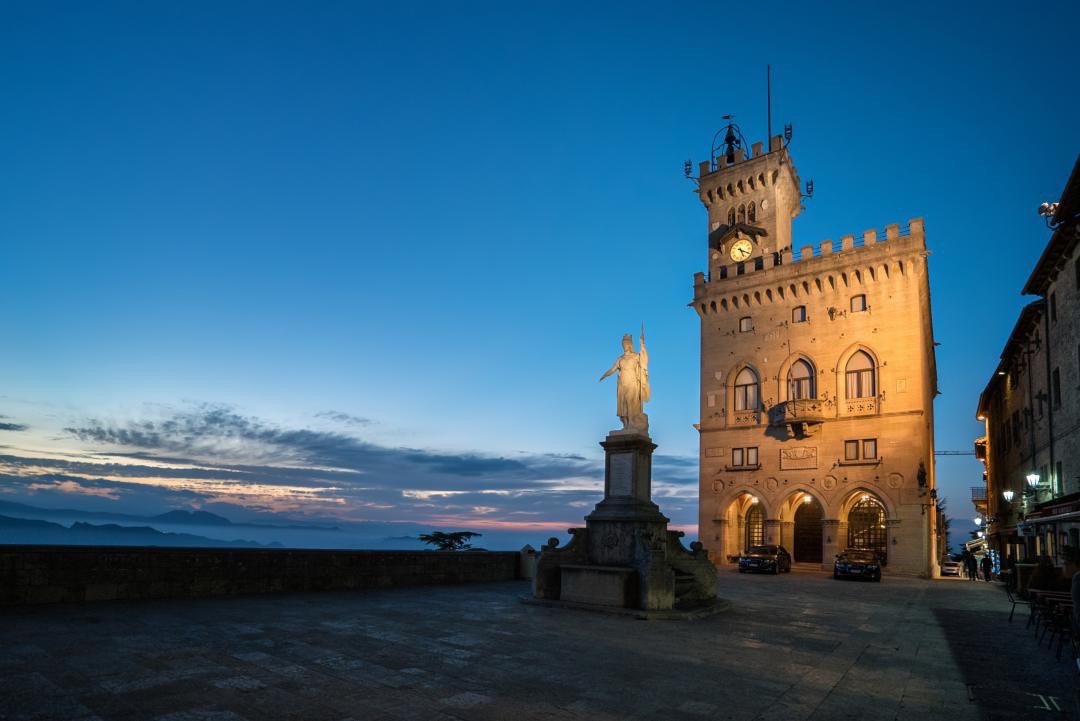 San Marino: the “Captains Regent” blockchain and the differences with the Italian decree

The new Blockchain Decree of the Republic of San Marino was presented today in Milan.

Not a day goes by now without a legislator suffering from compulsive crises feeling the need, for unspecified reasons, to “regulate” the blockchain.

The most puzzling thing is that the same creator (or creators?) of Bitcoin that hides behind the pseudonym of Satoshi Nakamoto, not only has not bothered to give a definition, but – on the contrary – has never spoken of “blockchain” in his revolutionary whitepaper published in November 2008.

And if at conferences or in books, the “experts” twist their noses when they quote Satoshi’s whitepaper, almost as if it were an idle repetition already assimilated by legislators, we believe instead that recalling the contents of the paper is essential to better understand the dullness of those who attempt to regulate this technology.

The question arises as to which legislator in the world felt the urgent need to regulate the TCP/IP protocol and, if there had ever been such an attempt, who knows what technical exercise he would have had to face.

And so the writer can only have sympathy and a certain amount of affection for those who, behind the scenes, write implausible definitions of Blockchain on behalf of this or that legislator, falling victim of the most elementary of errors: trying to grab water with hands without missing a drop.

And in fact a norm, by its general and abstract definition, must be impermeable (or at least it should be) to any contradiction that may generate, in cascade, authentic monstrosities.

We know that the legislative technique, over time, has lost those characteristics of simplicity and immediacy that our legislator of the first half of the ‘900 has left us in inheritance, but I believe that in the case of the Blockchain we are reaching a level never seen before.

I have already had the opportunity to address, together with Davide Carboni, the total contradiction of the Italian regulation on Blockchain, which courageously defined technologies based on distributed ledgers, as technologies and protocols “architecturally decentralized“, a definition which could in fact exclude Bitcoin’s Blockchain which has, yes, decentralized access, but the archive is replicated on all nodes of the network and access is free in reading and based on consensus in writing.

But we all know. The Italian regulation, in the rush to jump on the bandwagon of the Simplifications Decree (also known as “assault on diligence”), has not only complicated things but has created a useless moloch leaving to AgID the difficult task of defining the technical rules through “guidelines”.

Now, after the Italian regulation on Blockchain, the “Captains Regent” of the Most Serene Republic of San Marino has presented Delegate Decree no. 37/2019 (the “DL Blockchain“) with the curious title “Regulations on Blockchain technology for businesses“.

Don’t be misled by the title.

The regulation of ICOs (or ITOs) is not in itself a wrong thing.

However, it might have made more sense to adopt a less intrusive approach and make this standard a useful tool for those who want to experiment with this new technology, which must be allowed to evolve as much as possible, but always in compliance with consumer protection regulations and anti-money laundering regulations.

Instead, we immediately see that the subjects that can participate in an ITO in San Marino are essentially companies authorised to carry out reserved activities in the financial field, companies that have, among other things, a turnover of at least 40 million euros, States and not better specified international and supranational institutions, as well as individuals who have financial liquidity of more than 500,000 euros and who demonstrate to have a specific expertise in financial markets and instruments through professional, educational and operational experience of at least one year.

The definition of Blockchain

Having overcome the misleading title, the discouragement has once again assailed the writer when they found themselves in front of art. 1, point 1, letter A of the DL Blockchain, which reads as follows:

“Blockchain: a Distributed Ledger composed of validated and confirmed transaction blocks organised in a sequential chain to which only new blocks can be added through the use of connections based on cryptographic hash functions or equivalent technologies designed to be able to withstand tampering and provide an immutable archive of the transactions recorded;”

1) With respect to the Italian regulation, we note that here the focus is on being concise. No complex references to “decentralised architectures” but a more generic “Distributed Ledger”. They could have also written “A very big excel sheet” and it would have had the same effect.

2) What is meant by transaction blocks? Are they trying to refer to the pages of the replicable and verifiable “ledger” whose integrity is ensured by cryptographic functions, or are they just blocks of transactions?

3) What is meant by “validated and confirmed”? By whom? How and why?

4) The part about the organisation of the ledger is really poetic: it is said that these validated and confirmed transaction blocks are organised in a “sequential” chain. No reference to the instructions contained in the protocol and, above all, no reference to what may be the technologies “equivalent” to the cryptographic functions of hashes.

5) According to the regulation in question, a Blockchain can be considered as such only if it is designed to be “tamper-resistant”. I think it is always useful to remember where the words come from because they are important and can change the surrounding reality, especially if used in a regulation.

Tampering comes from the Latin “Manu-Mittere”, let go of the hand, that is, set free.

It was a way to free the slaves and this was done with a symbolic “slap” on the cheek (especially in the feudal period).

Now, it is true that over time the word “tampering” has become detached from its ancient meaning but it is also true that today it is generally used as a synonym for “messing with” through actions attributable to man.

Now, even an iPhone is technically designed to withstand tampering, but that doesn’t mean in any way that it’s impossible to tamper with an iPhone (whatever the word Tampering means).

The question then arises as to why this is so vague and unnecessary, given the current level of growth in information technology.

But who can do an ITO?

The DL Blockchain (which I would rename to DL ITO at this point), does not help us to understand much who can do an ITO in San Marino.

In fact, it would seem that the heart of the subjective regulation is art. 7 of the cited DL, entitled “Initial Token Offering“.

The first paragraph of the article in question reads as follows: “The initial token offering (ITO) is considered to be the issuance of digital instruments by a Blockchain Entity, as provided for in paragraph 2”.

However, if we read Article 2, entitled “Area of application”, we actually find an article that defines the territorial area of application, which is, however, completely vague. And in fact it is said that:

“This Delegated Decree applies to companies or other entities having their own legal personality that use Blockchain systems, which are residents:

(i) in the Republic of San Marino;

(ii) in a Member State of the European Union;

(iii) in a non-EU country deemed suitable by the legislation in force in the Republic of San Marino”.

So basically, thanks to the third point, it is applicable all over the planet earth and, potentially, as soon as man arrives on Mars, even in a country on the red planet.

Curiously, however, it is said that ALL the DL applies to companies or other entities with independent legal personality, thus effectively excluding – in a contradictory manner – the natural persons referred to in Article 1.1 (b) 6 of the same DL.

Perhaps it would have made sense to point out that it is not the DL that is applicable only to legal persons but only the recognition procedure (see below) of the Blockchain Entities.

But returning to the question “who can do an “ITO?”, one could find an answer in paragraph 2 of the cited art. 7, which – laconically – specifies that “Blockchain Entities may carry out ITOs referred to in paragraph 1 …..”

And so I return to the definition of Blockchain Entities (already in itself monstrous as a definition for those who have always believed – like me – that a blockchain worthy of the name should be untied from any centralised entity).

The definition can be found in point (d) of the aforementioned Article 1.

Blockchain Entities are: “entities having legal personality referred to in Article 2 which have been granted recognition”.

I am, therefore, unfortunately forced to return to the infamous art. 2 but at the same time to read the definition of Recognition that however brings me (art. 1, letter p), art. 3.

But art. 3, in the first paragraph, recalls art. 2, risking to create an infinite loop in the style of “Quo Vadis? At the cinema. To see what? Quo Vadis”.

In other words, the office complicates simple things.

Worthy of note (more or less) are also Articles 8 and 9, which make a distinction between “utility tokens” and “investment tokens”.

The former would not be considered financial instruments. One wonders, however, how to behave in front of a Blockchain Entity which, not having yet available the products or services that it intends to sell through the Utility Tokens, in fact, finances itself through the sale of the tokens themselves. A real and proper financial operation which cannot be considered a priori as external to the financial instruments (at least, according to the interpretation of the Consolidated Financial Act – Legislative Decree 1998/58).

The latter, on the other hand, are in fact classified as financial instruments.

Finally, I would like to point out the institutionalisation of the “White Paper”, which in fact becomes a real prospectus with minimum requirements imposed by Annex B of the DL ITO (pardon DL Blockchain).

Conclusions on the Blockchain Decree of San Marino

In conclusion, the DL Blockchain – despite its valuable attempt to open up to new business activities based on this type of technology – has many critical issues and risks being a tool that can only be used for particularly structured companies and therefore does not offer the flexibility that should be provided for subjects who – also in view of the obvious information asymmetry that characterises the phenomenon – may be even less structured than the strict requirements of the Decree of the Republic of San Marino in question.

The Internet world has grown thanks to the absence of such structured regulation.

It was the time of guys who, from a garage in California, or in an old living room in China, could imagine products and services that revolutionised (I think positively) our way of life.

The downside of Blockchain technology compared to the internet is that it has always been connected to the world of finance and not only to the world of telecommunications, thus attracting interests at various levels.

And in fact, the talented Satoshi had immediately started working on it, creating a solution to one of the biggest problems of the Internet: digital payments, and creating a tool free of states and central banks.

The very ones who are constantly invoked in the Captains Regent’s Blockchain.

After all, Satoshi’s main mistake was to declare “war” against the Central Authorities and the Banks, but that was the only option, considering the libertarian nature of the entire operation he (or they) carried out.

Once again the old saying always applies: keep going only if no one sees you coming.

Few had seen the power that the Internet was going to have.

It was the same for Blockchain, until December 2017.

Previous article Tokenization of highly valued real estate on the Ethereum blockchain
Next article Ethereum: Constantinople is here and the price goes up