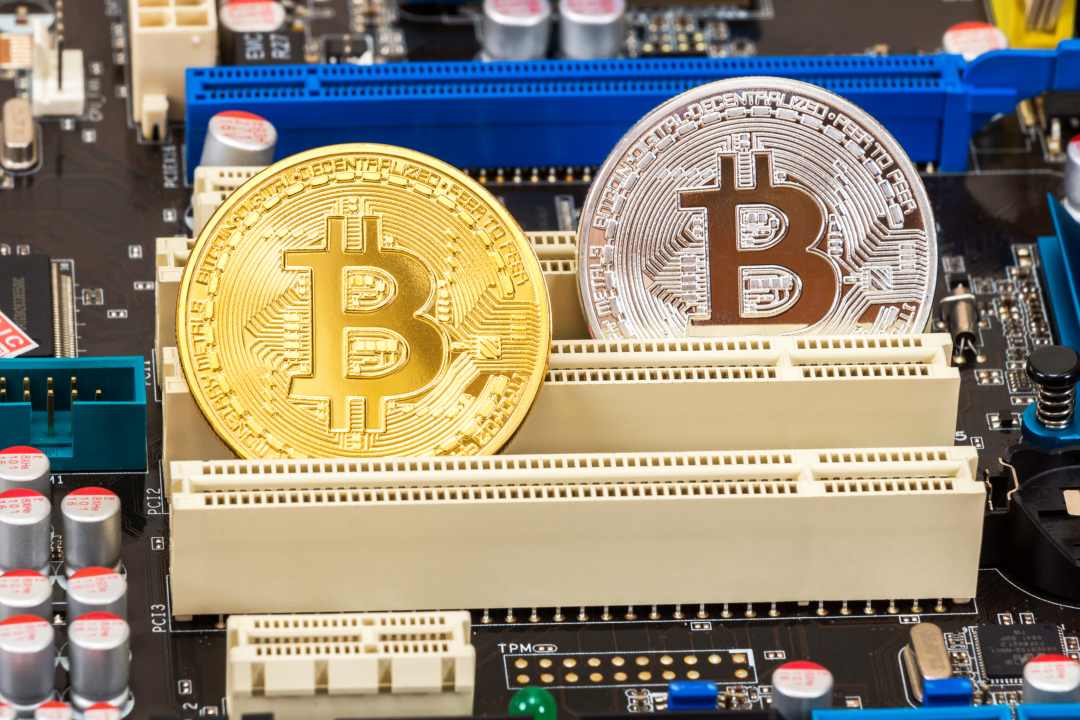 The latest Diar report published yesterday evening highlights how, after a slight improvement in the bitcoin mining revenues in January, there has been an increase in hash power on the market by reducing again, albeit slightly, the profits.

Let’s start to evaluate the graph that analyses the revenue that can be obtained from BTC mining, both from coin extraction rewards and fees, starting from 2017: 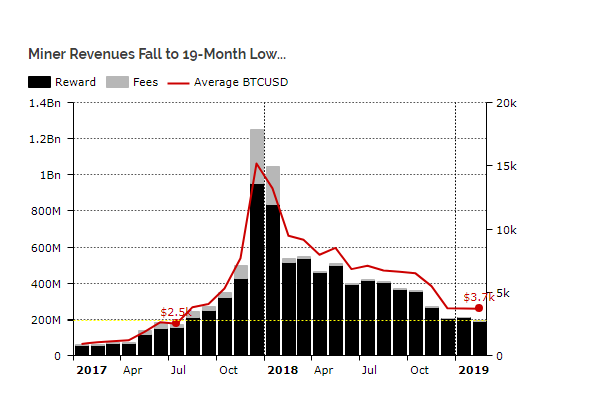 As we can see, after a very sharp drop throughout 2018, we saw a stabilisation of these values during December and January 2019.

It was believed that we had reached the bottom, but unfortunately February saw a further decline.

Not all miners have lost as a result of these deficits, as shown by the following graph based on updated hardware such as the Antminer 9: 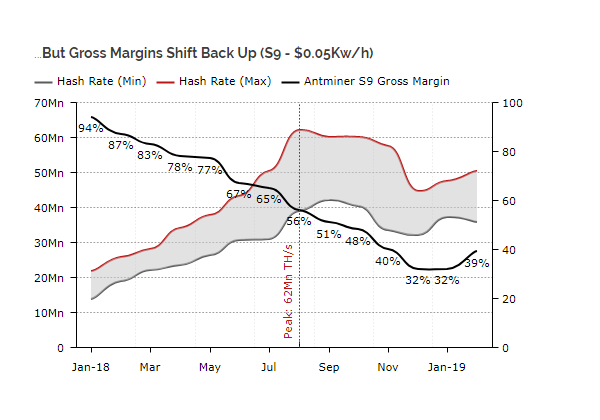 Those who use modern equipment to mine bitcoin, with electricity prices at the wholesale level, experienced an improvement in gross margin, which grew from 32% in January to 39% in February.

This is essentially due to the exit from the market of small, marginal miners, who have stopped operating, leaving a little more competitive space for more efficient entrepreneurs.

This can also be seen from the divergence between the trend of the minimum and maximum power hash available, an indication of the production capacity no longer used continuously.

So whoever has managed to survive the changes in the value of BTC is now able to collect something more in terms of profits, as a result of a competition that is moving more and more on the side of the efficiency of mining activities. In the future we must expect on the one hand an increase in the hash rate available, as indicated by the graph above, but also a greater investment of capital to move to more efficient solutions.

The activity will become even more capital-intensive with the purchase of the new Antminer S15 machines, launched on the market only a couple of months ago, but that have proved to be much more efficient than their predecessors S9, even if the differential has been variable over time. In general, there will be a race for efficiency in energy supply and hardware optimisation.

Previous article Coinbase CEO on the Neutrino acquisition: "the Hacking Team will be fired"
Next article A new digital asset and ICO regulation in Malta