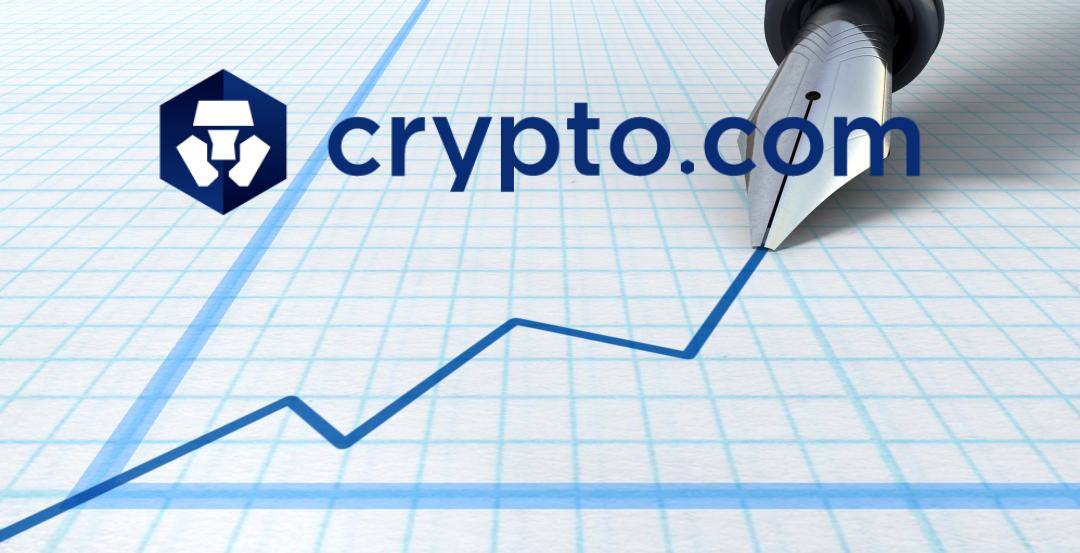 The day is characterised in particular by the price of Crypto.com Chain (CRO) which continues to grow with a rise that is close to 100% and a performance that, added to those of recent days, shows an increase that exceeds 450%. 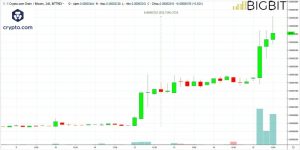 A figure that does not go unnoticed also because the cryptocurrency jumps to 20th place among the most capitalised, with a market cap that goes beyond 455 million dollars.

The strong upward impulse in the price of Crypto.com Chain is due to the news that yesterday the token has been listed on an important Indonesian exchange. Indonesia, like all of Asia, is among the nations where crypto are undermining the interest of young millennials.

The token allows for simplified use of crypto via credit card. In addition, the website has been renovated last week.

Crypto.com Chain is the evolution of the most famous Monaco, the company that has long offered wallet and debit card services to its customers. For those who use their wallets, there are offers on Spotify, Netflix, AirBnb, Uber, with the reimbursement of monthly subscriptions. Probably this is the reason that is leading to further unknown developments which are behind the rise. The markets could be a signal anticipating important news in the coming days.

For the rest, besides the price of Crypto.com Chain, scrolling the list of the first 30 cryptocurrencies only one red sign emerges, that of Stellar, which loses more than 2% from yesterday afternoon’s values. Nothing worrying considering that Stellar in the last week has been one of the cryptocurrencies that have risen more compared to others. In fact, it is the first in the top 10 of the major cryptocurrencies per capitalisation, with a rise of 20% from last Friday’s levels.

Overall, the context continues to be positive. Despite the trend, some technical aspects seem to be very congested, the total capitalisation goes beyond 136 billion.

The downside is that bitcoin falls below 51% of the dominance threshold, a level that has not been reviewed since last August. A sign that shows that the current movement is sustained by altcoins.

If Bitcoin remains at the levels of this afternoon (16.00 UTC + 1), below the threshold of 4,000 dollars, it is the first week that closes with a maximum lower than the previous. It is 7 weeks, precisely since the last week of January, that bitcoin is silently marking a bullish trend with rising lows.

The technical structure as well as the current cyclical one that suggests a bimonthly cycle closing for the next few weeks does not seem to suffer from the prevailing bearish trend that characterizes this part of the cycle.

Despite the shocks of the last days of the week that pushed prices three times to test the 3,850-3,900 dollar area, prices in these hours are close to 4,000 dollars. In a context of uncertainty is a positive signal that will have to find further confirmation in the coming hours of the weekend with pushes over $ 4,000. Not only pushes are needed, but also a consolidation above that threshold.

If this is not the case, holding the 3750-3800 dollar area remains important.

The deviations of the last 24-48 hours are almost imperceptible. Ethereum’s prices fluctuate between 135-137 dollars without giving any important signal.

Congestion is increasingly tightening and since March 6, the beginning of last week, prices have repeatedly tried to stretch beyond 140 dollars but have preferred to stabilise between 135 and 140 dollars.

From a cyclical point of view, this signal is not positive. As far as the technical aspect is concerned, congestion is alarming and there is a risk of being close to an important management movement. Upwards, towards 142 dollars, downwards under the 130-125 dollars area.

In the hours of the upcoming weekend, it will be important to hold the 115 dollars.