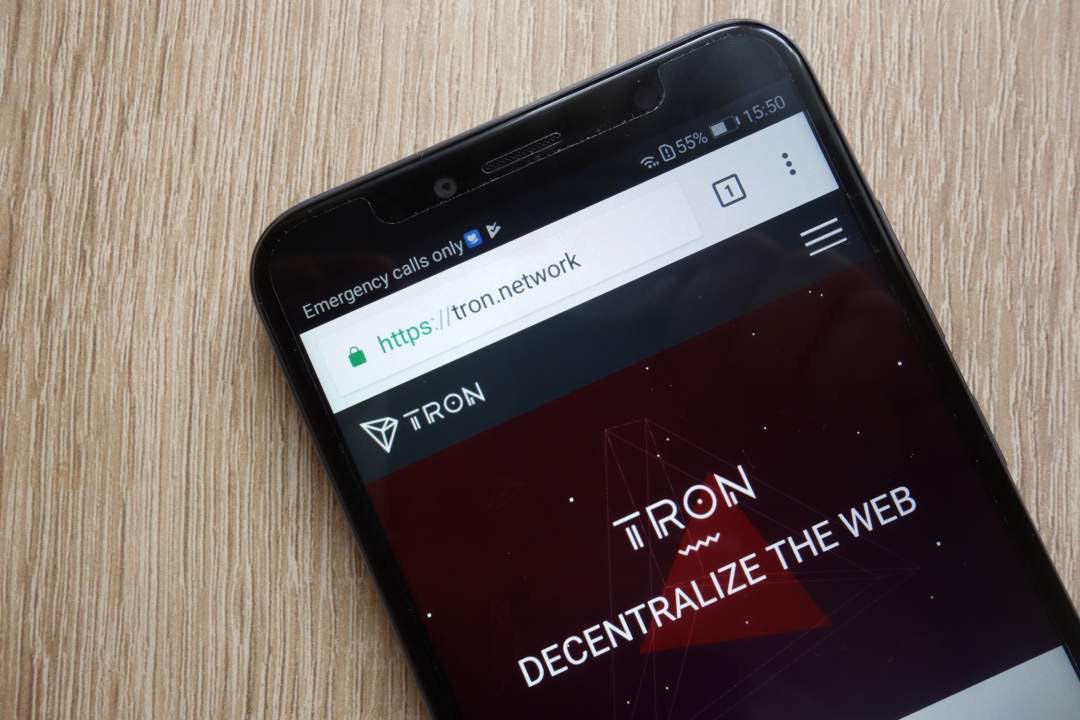 Tron: the next steps in the development plan

What are the next steps in the development plan for the Tron project?

After the successful fork that took place last month, in order to introduce improvements on the Tron blockchain, the developers are already working on the next updates.

This was reported by Misha Lederman, co-founder of IAmDecentralized.org, a platform created with the aim of supporting decentralised technology projects such as Tron. Lederman has announcedfour upcoming developments on Twitter:

The first is BitTorrent Speed, which aims to improve the current operation of BitTorrent by using BTT tokens. In the future, the developers will launch this new application that will allow compensating the network with BTT for more bandwidth and seeding. This will allow users to speed up transfers over the BitTorrent network. 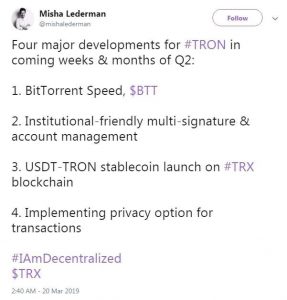 The second is the integration of multi-signature, especially useful for institutional users, and new tools for better management of accounts.

The third is the partnership with Tether, which aims to develop the first and largest stablecoin based on Tron with a new TRC-20 token which will allow USDT to be integrated into the Tron ecosystem.

Finally, with regard to the integration of privacy on transactions, the Tron team plans to integrate the system used by zCash, zk-SNARKS (Zero-Knowledge Succinct Non-Interactive Argument of Knowledge). This allows users to prove that they own the data without disclosing it, which is useful for raising the level of privacy of transactions, which is currently not particularly high on the Tron network.

All these improvements will be implemented in the second quarter of 2019, i.e. between April, May and June.

Meanwhile, Tron continues to set new usage records, making it among the most promising blockchains for mass adoption today. The four developments above make it clear that the developer community is working hard on adding new features to make Tron a platform increasingly used by end users.

Previous article Cardano: the value of the crypto today rises by 4%
Next article Ripple vs Stellar: comparison of cross-border payment blockchains