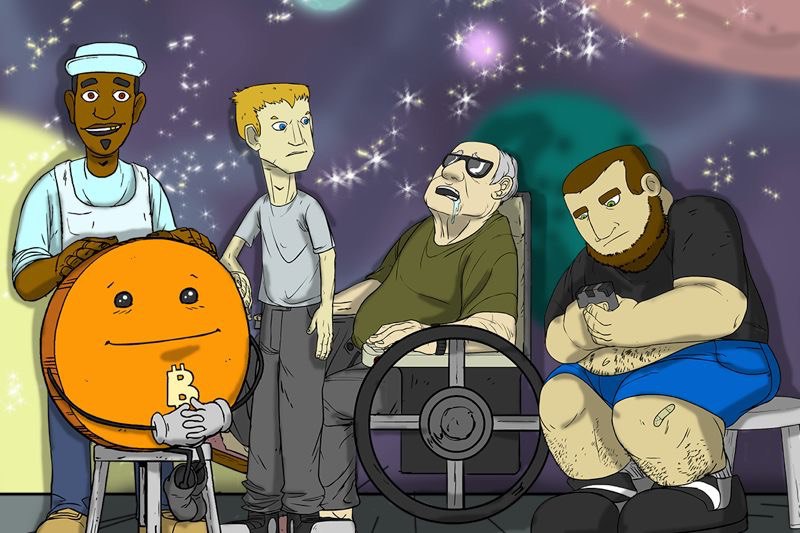 The web series “Bitcoin and Friends” is coming soon

On March 28th the pilot episode of the web series “Bitcoin and Friends” will be published on YouTube.

It’s an animated series whose main protagonist is Bitcoin, a cartoon character who plays the part of the BTC crypto, surrounded by some compelling characters, such as Mitalik, Jones, Pal Fifty and Ethereum.

For now, a few sneak peeks have already been published, including the teaser, the official trailer, and the video of the so-called “#TrashTag challenge“.

The teaser tells, with a good dose of poetic license, the birth of Bitcoin, with Satoshi Nakamoto talking to his creature revealing to him that he is his father, quoting the famous scene of Star Wars in which Darth Vader reveals himself to Luke Skywalker.

After which Nakamoto abandons him, crying, “for your safety.”

At that point Bitcoin starts to walk, literally, with his own legs, throwing up 50 BTC when the first block is mined.

Whereas in the trailer are presented for the first time the other three main characters, namely Mitalik, Jones, and Pal Fifty.

There will be 8 episodes, the first of which will be published on March 28 on www.youtube.com/bitcoinandfriends.

On the website btcandfriends.com, it is possible to donate in order to contribute to the financing of the initiative, and also to apply for collaboration with the project.

To date, the YouTube channel of the series still has only 181 subscribers, while the official Twitter profile has 279 followers. The teaser has been viewed 1,700 times, while the trailer 800.

These numbers are still very small, but it is not difficult to imagine that they can grow a lot when the actual eight episodes will be released.