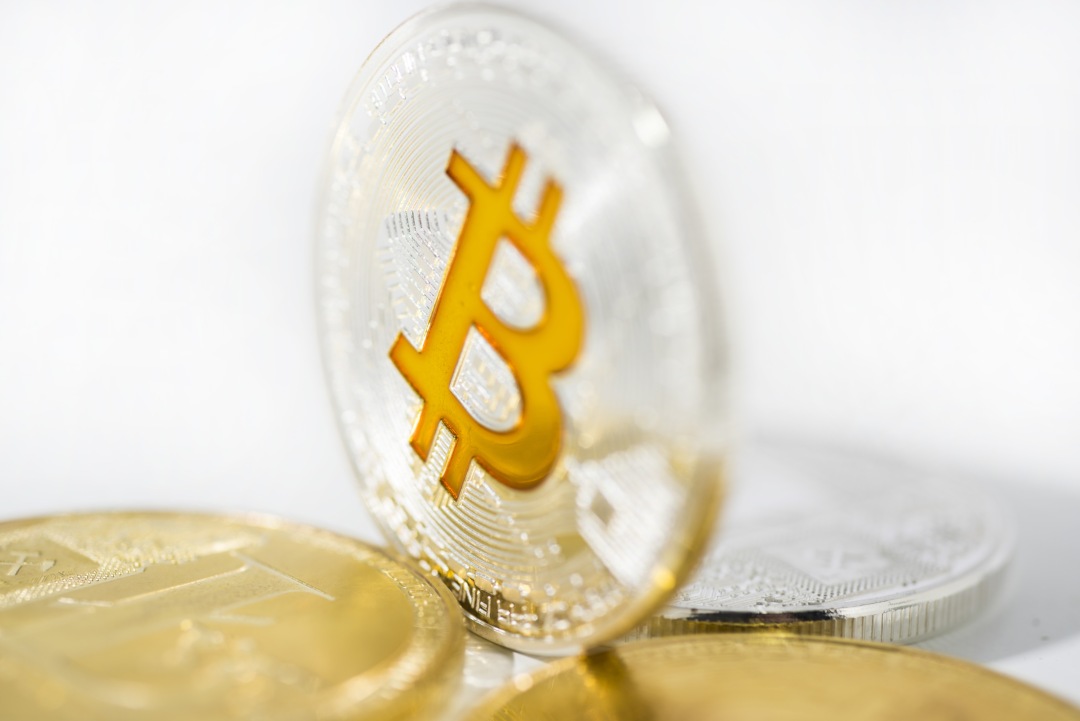 Bitcoin has been talked in the 1950s

What if Satoshi Nakamoto wasn’t the first to use the term “Bitcoin“? It appears, in fact, that the word Bitcoin was already used in 1950, albeit clearly meaning something different.

In the Texan newspaper The Marshall News Messenger of 20 January 1950, there is an article dedicated to an initiative of Rep. Patman in which the term Bitcoin appears. 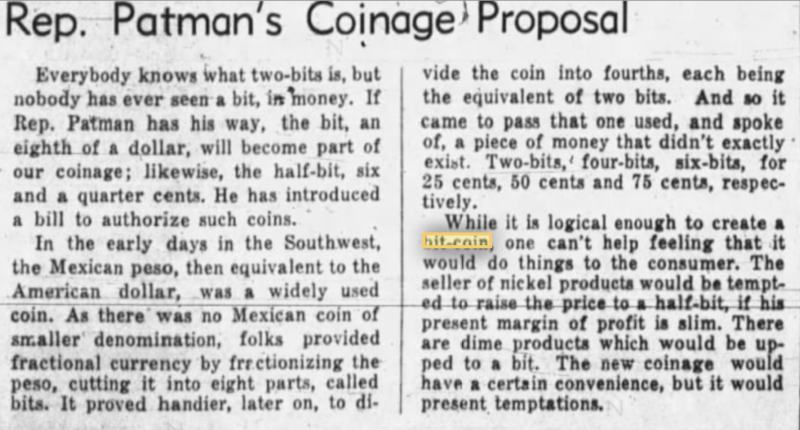 The discovery was made by a redditor fond of ancient printing who was examining some newspapers of the fifties.

To explain its meaning we need to make a historical analysis: Texas was part, until the first half of the nineteenth century, of Latin-Hispanic America. Subsequently, trade ties with Mexico remained close.

The Spanish area saw the silver dollar being used, which was also called a piece of eight because it could be physically divided into eight equal parts, the smaller of which was defined by the Texans as “Bit”.

As one Mexican dollar was considered to be of the same value as one US silver dollar, the “Bit” was only 12.5%, an eighth, of the US dollar.

Rep. Patman wanted to introduce a coinage based on the “Bit”, that is to introduce the “Bit-Coin”, including multiples of two (25 cents, a quarter of a dollar), four (50 cents, half a dollar) and six (75 cents, three quarters of a dollar), abandoning or complementing the decimal coinage.

This 1950’s Bitcoin has nothing to do with Satoshi Nakamoto’s Bitcoin, apart from the name, but it is a curious coincidence that they both use “Bit”, understood as a piece of coin or as a fragment of information.

Probably in 1950 Texas, if someone had asked for 2 Bitcoins they would have received a 25 cents coin, a completely different value based on an ancient silver value, a bit like the current Bitcoin is often considered the founding value of the virtual currency system.