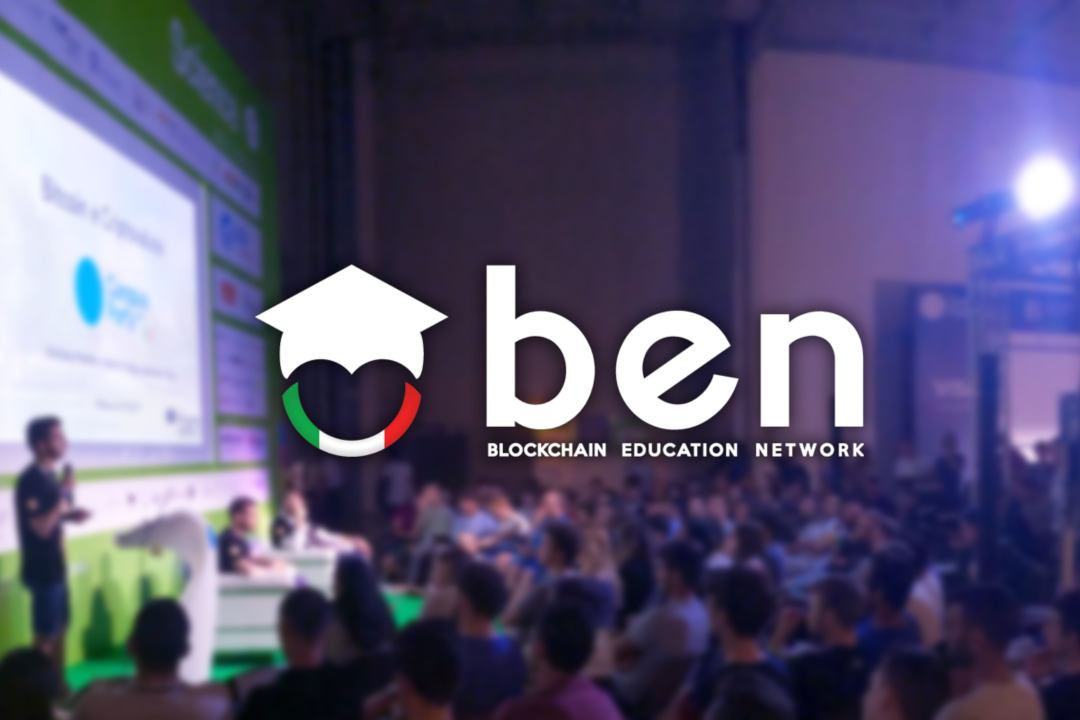 During the fourth appointment 2019 of the Aperitech BlockchainEDU event held yesterday, April 29th, in Milan, organised by the BEN, Blockchain Education Network, the main theme was “the prospects for the DLTs in Italy following the Simplification Decree law”.

The lawyer Alessandro Negri della Torre entertained the meeting room and made his debut with a beautiful and clear statement:

“At the end of this presentation, you will have more questions than answers”.

In fact, it seems that the relationship between the legal world and the DLT, Distributed Ledger Technologies, is not well defined yet, or rather it is in a state of waiting for implementation regulations.

Before talking about the current legal scenario on the crypto world, the lawyer della Torre introduced what are the defined aspects of Satoshi Nakamoto’s blockchain technology, quoting the whitepaper of the peer-to-peer payment system and describing what are the properties that validate the structure as a working system.

Of course, in these ten years of bitcoin’s life, technology evolves and changes and what has been considered valid until now could change accordingly.

For example, the irreversible feature of bitcoin transactions, due to the presence of a public and a private key, could, in the not so distant future, turn into something else. All this can be said to be under a futuristic perspective that leaves room for the entry of other technologies such as those adopted by quantum computers.

Going forward with the presentation, the lawyer della Torre then presented the evolution of blockchain technology, citing the hard forks to the bitcoin blockchain, and the creation of other new ones that offer more applications.

Focusing on what he himself calls the “second generation blockchain”, namely Ethereum, della Torre introduces its various use cases in four macro categories:

This brings us to the ICO phenomenon, or Initial Coin Offering, whose classification of tokens was defined by FINMA’s supervisory authorities in 2018 as follows: payment tokens, utility tokens and security tokens.

Despite the desire to protect projects and investors using this classification, there have been and still are, many doubts as to whether the tokens belong to the categories mentioned above.

Not only that, being the blockchain a global technology, della Torre clarifies how difficult it is for national legislation to take action in this regard without adopting conflicting positions with other member states of the same union or even with the rest of international countries.

Certainly, faced with this phenomenon, the authorities are not exactly at a standstill. Staying in Europe, della Torre cites two cases directly authorised by the respective national governments.

In Germany, it appears that there is the first platform for STOs – Security Token Offerings – called Bitbond, which uses the Ethereum blockchain and automatically verifies the possibility of using crypto wallets. In France, on the other hand, the Société Générale was involved in the issuance of euro-denominated bonds on Ethereum for a modest amount of $112 million, all of which was also authorised by the national government.

Finally, della Torre compares the legal definitions on DLT between the Italian simplified legislative decree with the Tennessee Code and the California Civil Code, extolling the loopholes in the Italian decree and creating points of discussion.

Before reaching the famous final aperitif, the space dedicated to the participants saw the emergence of several ideas: while on the one hand, some people were asking for the real need for a blockchain or smart contracts for certain use cases, on the other, the digital value as a substantial part to implement a smart contract was exalted.

In this regard, della Torre quoting ISDA, the International Swap and Derivatives Association, based in New York, responds to the discussion by stating as follows:

“The blockchain is born under the ideal of disintermediation and it makes sense to exist when the fundamental problem between the counterparts is trust, only in this case the blockchain is really the technology that can make a difference”.