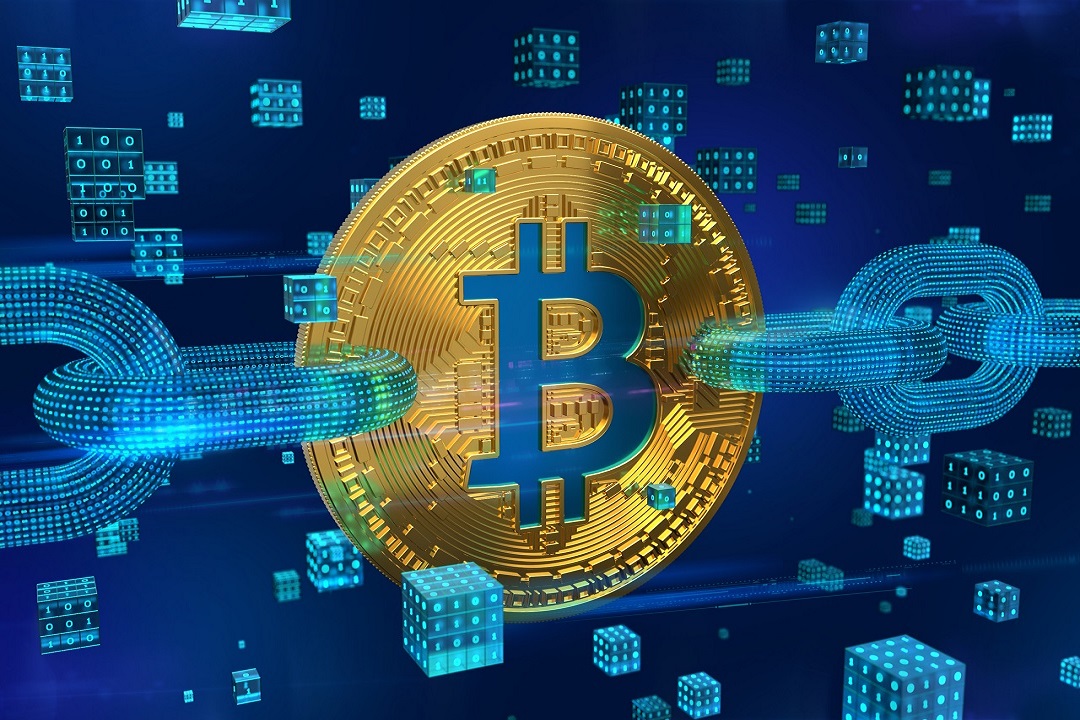 According to the data reported by Diar, the weekly magazine that carries out in-depth analyses on digital currencies, the blocks of Bitcoin are gradually increasing in size following the line imposed by SegWit.

According to the published data, Bitcoin miners collected a total of $291 million in April alone, up 30% compared to the previous month.

Revenues for miners were down since August 2018 when the price of bitcoin went from $8,000 to $6,000 in a short time, causing problems for the less equipped mining farms. 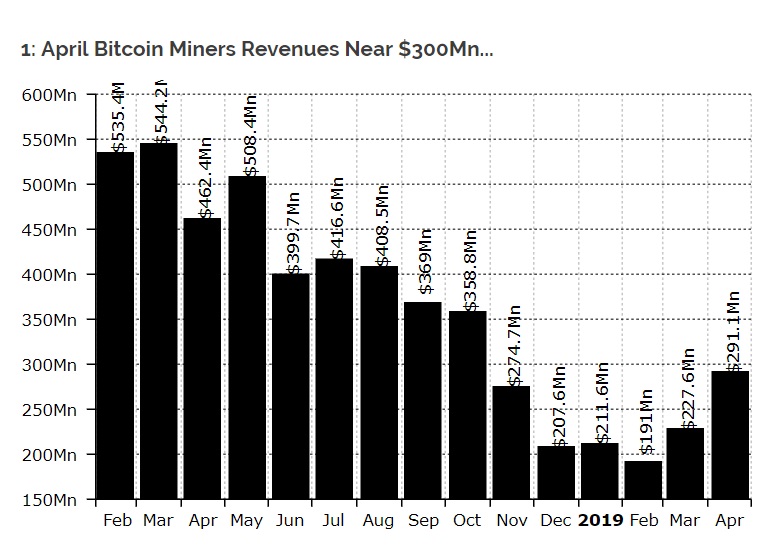 Out of the total of 291 million, gains from fees alone amounted to 13.7 million, which also rose sharply (+250%) compared to the previous month. 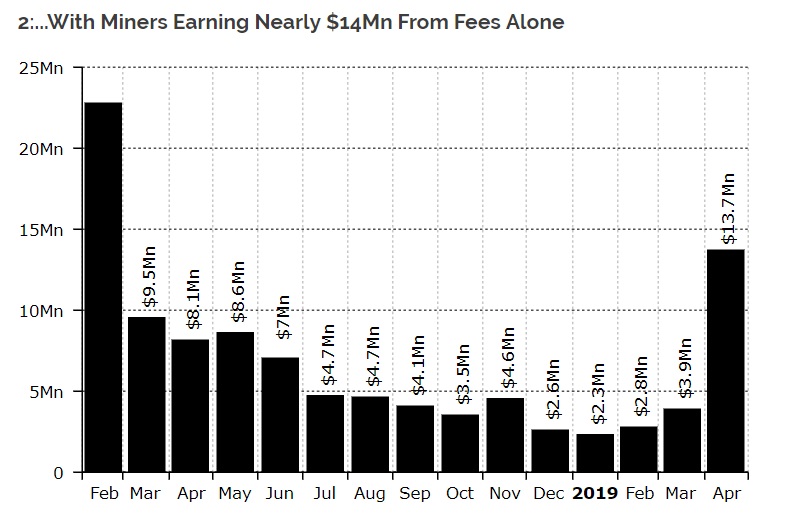 As you can see from the chart below, Segwit transactions are constantly growing and as a result, the standard size of Bitcoin blocks is also increasing. In April, the average block size reached a record level of over 1.2 MB.

The red line in the chart shows the percentage growth in the number of SegWit transactions within a block. 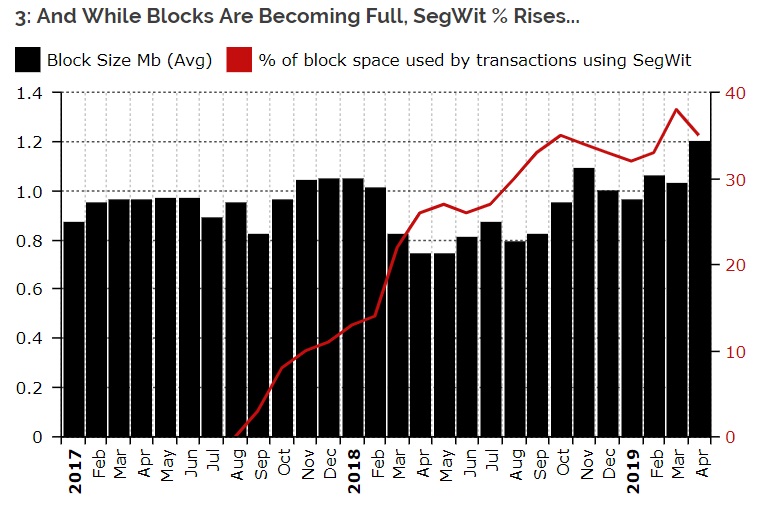 It’s interesting to see how the number of transactions has been steadily increasing for more than a year after reaching a low in February 2018.

The historic high of 11.2 million transactions reached during the month of December 2017, in which bitcoin was worth over $19,000, no longer seems to be an unreachable goal. 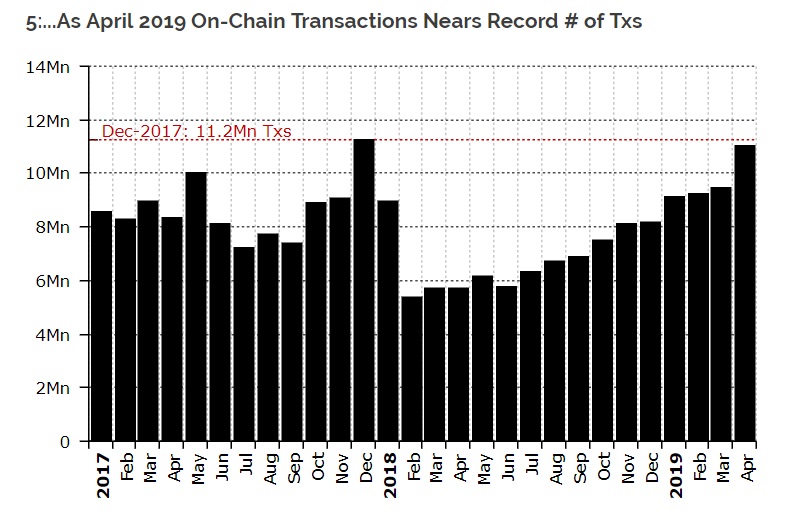 A slight increase in fees

Currently, the fees required are much lower than in the past. They are 84% lower than the highs recorded in the first few months of 2018 when the 500 Sat/byte were reached.

Only during the past month has there been a slight increase in fees compared to the previous average. Reaching 79 Sat/byte and tripling the costs of the previous month. 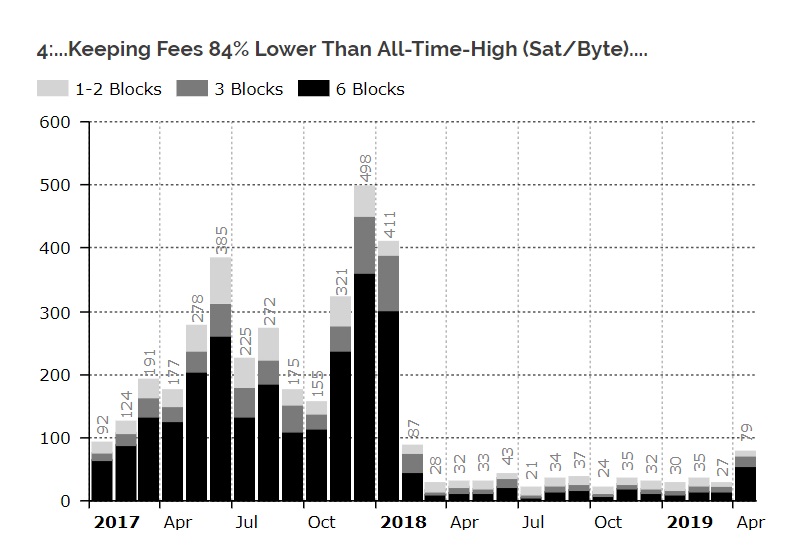