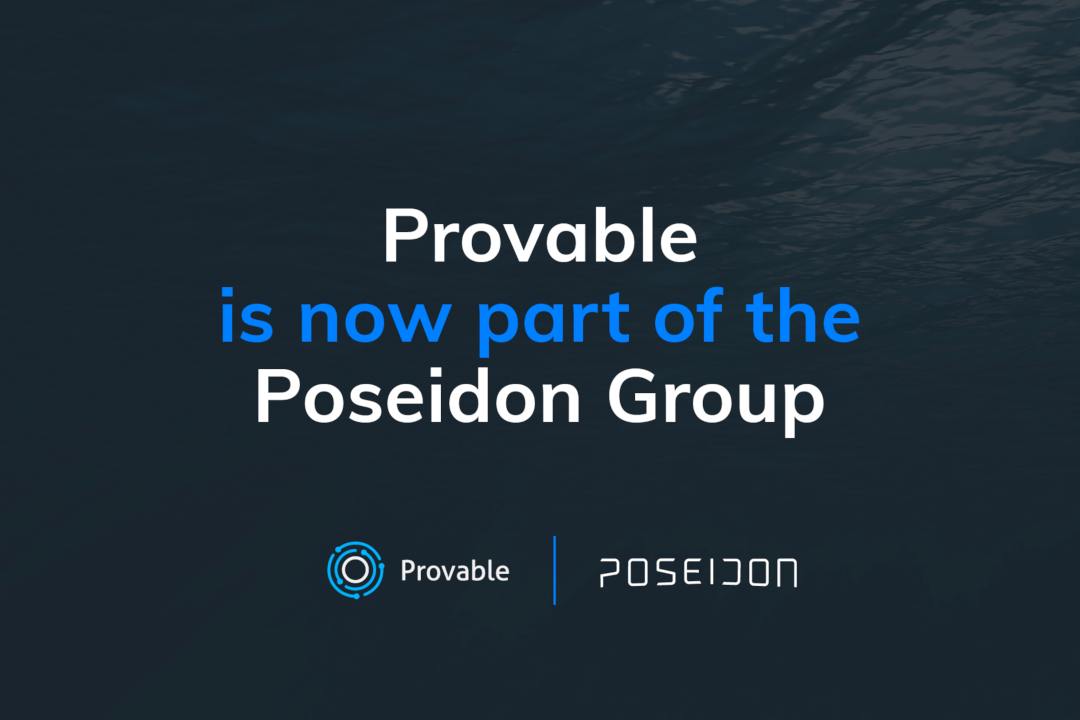 Provable Things, the blockchain oracles company, first called Oraclize, was acquired by the Poseidon Group. Poseidon Group is a Swiss holding company with several crypto projects, including the wallet and hybrid exchange Eidoo.

Provable Things is a London startup focused on providing so-called “oracle” services for the blockchain.

The two companies have just announced the merger of their commercial activities, with the aim of making decentralized applications available to the general public.

In particular, blockchain oracles are an essential infrastructural tool to grow decentralized applications, because they allow them to communicate with the real world.

In particular, they act as a source of third-party information with the specific function of providing decentralized blockchain with data from the real world, then to be used, for example, by smart contracts. In fact, smart contracts are only self-executing code, and they use these oracles to process data from outside.

Provable (formerly known as Oraclize) is a pioneer in this field, having developed the first oracle service on blockchain, which securely sends data to smart contracts for example taken from Web APIs. The company has been offering this service since 2015, and over 1,000 blockchain projects have been built on it.

“Poseidon Group willingness to increase its controlling position over the company is a major achievement and an endorsement of the goals we have reached, while granting us resources to progress. Poseidon Group understands the benefits our service creates for the entire ecosystem and wants to contribute to pushing decentralized applications to the next level”

In addition, a new version of the oracle blockchain was announced last month, which promotes a security and interoperability oriented model with a variety of networks. This new Provable strategy fits well with the values of the Poseidon Group, which promotes secure and easy access to blockchain platforms and their tools.

The Eidoo application, for example, is focused on providing a simple and secure cross-blockchain interface to allow users to manage their own cryptocurrencies.

“Here at Poseidon Group, we have followed with interest the activity of Provable since its inception. We believe Provable has a great ability to build simple yet powerful services across multiple blockchains – something which is perfectly in line with our value proposition. […] Blockchain is bringing to life unique opportunities while enabling us to redesign the way multiple verticals work. The acquisition of Provable represents both an investment on blockchain oracles – a critical component for the ecosystem to flourish – and a way for the group’s two major companies to benefit from each other. In fact, as part of the operation, we foresee significant benefits for both Provable’s user base and Eidoo’s token holders”