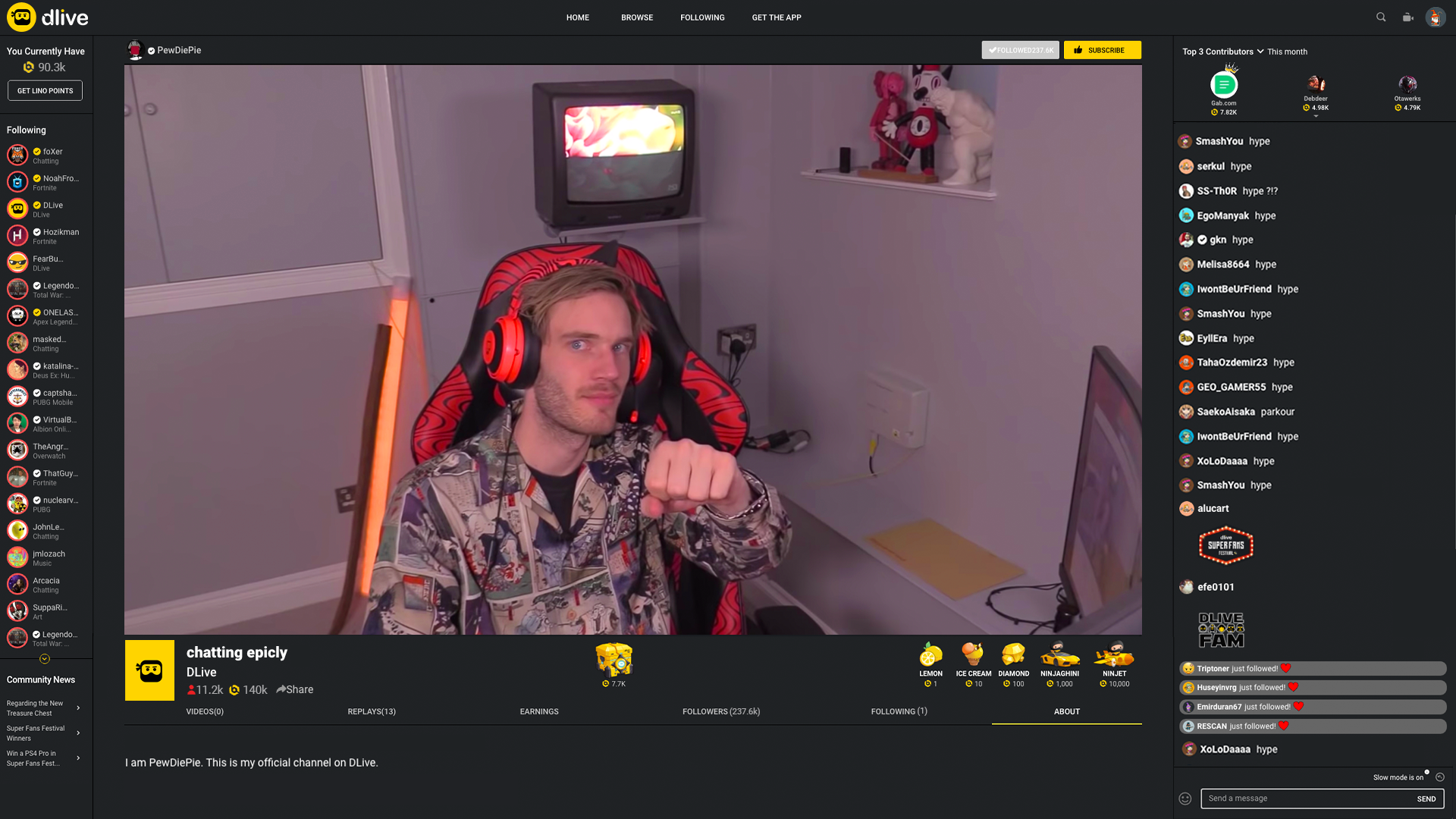 Since the famous YouTuber PewDiePie started streaming on DLive, this blockchain video platform has increased users by 67%.

The growth started just over a month ago, so it was most likely generated by the decision of the Swedish YouTuber.

The Chinese company, now the second in the world in this sector, aims to challenge the leadership of the American giant Twitch, supported by Amazon, and thanks to streamers like PewDiePie it might even succeed.

Twitch today has 2.2 million streaming broadcasts a day, with 15 million viewers, but for DLive founders Charles Wayn and Cole Chen these would not be unreachable numbers.

“It would be a lie to say we knew what we were doing when we started out, but we knew this will be something huge”.

The main competitive advantage of this platform is that all revenues generated by streaming transmissions are distributed to the streamers or users, without any retention by the company, which instead earns by issuing new LINO tokens. The users and streamers are remunerated using LINO tokens.

This revolutionary business model is in contrast, for example, to that of Twitch, which generates profits by retaining 50% of the revenue.

In addition, DLive is a blockchain-based platform designed to increase transaction transparency. It was created by Lino Network, a company founded in 2017 by Wayn’s colleague at the University of California, Wilson Wei.

In this regard, Wei has stated:

“I think the lack of transparency and the huge cut that platforms take from content creators, are the two biggest problems the online streaming industry has. And blockchain is the perfect technology to solve both problems”.

“Competition in any sector is generally a positive thing. Blockchain technology and the benefits it can bring could potentially get DLive to challenge Twitch”.

Previous article Craig Wright files the copyright of the bitcoin whitepaper
Next article Tether: "We only bought 0.07 BTCs." The Bitfinex case continues