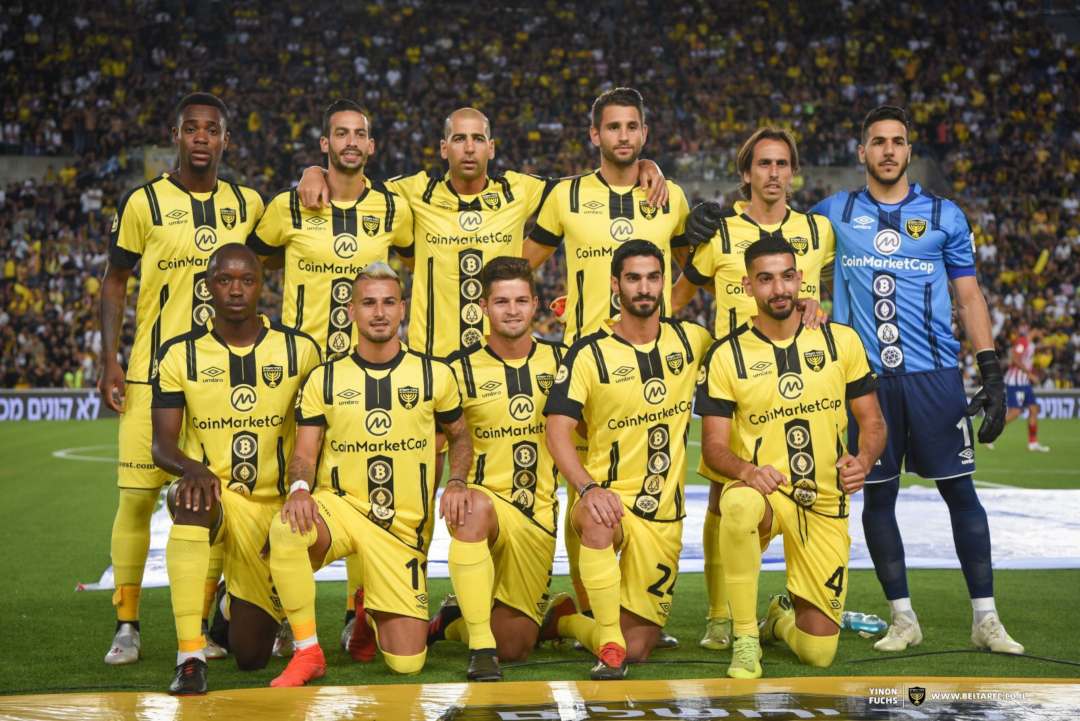 CoinMarketCap is the new official sponsor of the Beitar Jerusalem football team.

The name and logo of the well-known website that displays real-time quotations of all the cryptocurrencies listed on public exchanges appeared yesterday for the first time on the club’s t-shirts during the friendly match with Atletico Madrid, which was won by 2 to 1.

The news was given on Twitter by Luke Wagman, who calls himself “Chief Evangelist “ of CoinMarketCap.

Wagman has also published some official photographs taken before and during the game, showing the new club shirts with the logo and name in plain sight.

Moreover, the main sponsor of Atletico Madrid also deals with cryptocurrencies, as it is a well-known trading platform that allows, among other things, investing in major cryptocurrencies.

The picture of the new T-shirt, under the logo and the name of CoinMarketCap, clearly shows also the logos of Bitcoin, Ethereum, EOS and another cryptocurrency that could be Orbs.

The hashtag #adoption has been added to the tweet because the aim of these initiatives is precisely to bring the common population into contact with the crypto sector, through initiatives that aim to show the logos of companies active in the sector, as for example, Eidoo is currently doing with the Mini Challenge.

After all, the crypto sector is still a niche market today, a fact well represented by the ratio between the current market capitalisation of all existing cryptocurrencies in the world, just over 230 billion dollars, and that of equities, which is around 65,000 billion: in short, the cryptocurrency market of to date is worth less than 0.4% of that of equities, so it is still very far from mass adoption.

Initiatives like this one by CoinMarketCap are useful to bring the common population closer to the crypto world, in order to push towards a mass adoption that will most likely take several more years.