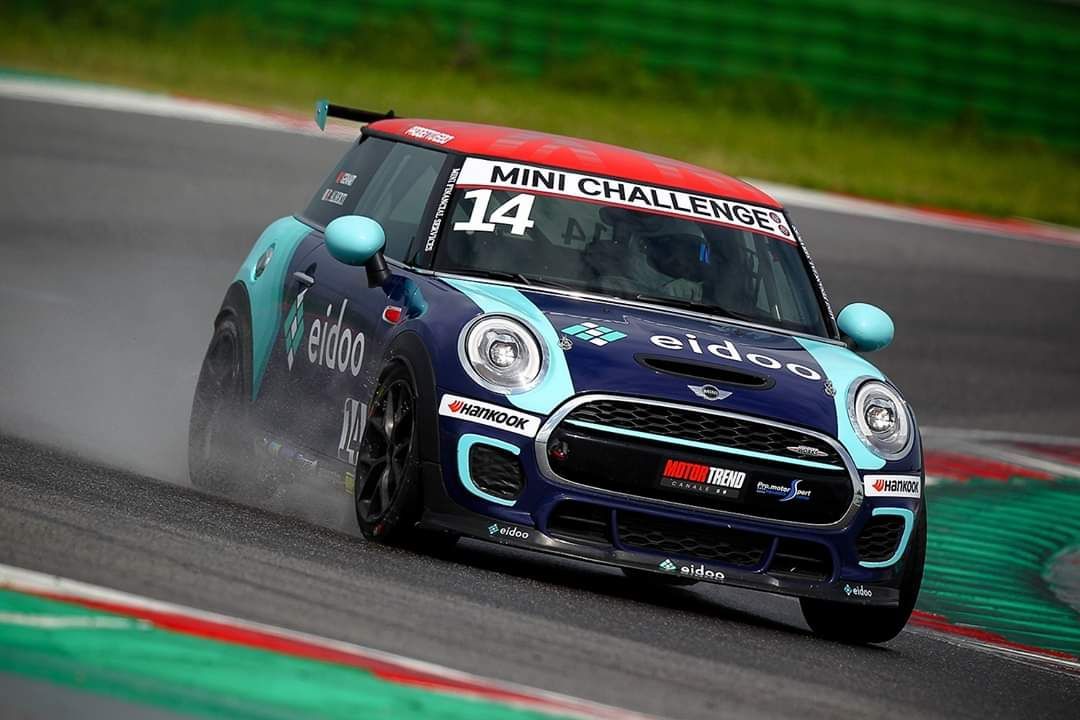 The second stage of the Mini Challenge in Misano has ended and the pilot of Eidoo, Federico Alberti, has finished fifth this time.

Among the sponsors of the Mini Challenge, in fact, representing the crypto world, there is the Swiss company Eidoo with a car, the number 14, completely branded with its logo.

For the occasion, Eidoo has also created the hashtag #SpeedNeedsDirection to make it clear that the speed with which the blockchain is developing needs a direction to prevent failure, just like a car that runs at full throttle.

Driving the car during the 12 dates of the MINI Challenge is Federico Alberti, who after the race in Misano said:

“The weekend in Misano was characterised entirely by rain, and in these cases, the sensitivity of the best driver emerges. During race 1, starting in tenth place, it was necessary to quickly recover positions despite the fact that the car was equipped with dry tyres on a wet surface, a choice that paid off considering that those who fitted Rain tyres didn’t perform well because the track wasn’t heavily wet. This allowed me to fight until the last lap for fourth place, which unfortunately was lost due to a collision at the final corner by those following me. Which is why I had to be satisfied with fifth place.

Race 2 had the same wet track conditions with the dry tyres still installed, which was a mandatory choice for everyone this time. Starting from the fourth position, I immediately overtook the three drivers who were ahead of me with a thrilling start, arriving first at the first turn. I was able to set my pace right away, gaining 1 second per lap on my rivals, but it all disappeared in a short time due to the entry of the safety car because of a driver’s accident. When the race started again I distanced myself from those who were following me, but the rain increased and with the tyres getting too cold I lost some positions. I fought until the last turn for the fourth position but it was not enough. Overall I am very satisfied with the car because it has improved so much since Monza. I am confident for Imola on June 23rd in the hope that it will be a beautiful sunny day”.

Information on how to participate and costs for the stage of Imola will be available shortly on the website of Aci Sport.