New evidence on the identity of Satoshi Nakamoto

When it comes to the figure of Satoshi Nakamoto there are always amazing stories, legends and myths that are ideal for making a film, but there is never physical and tangible evidence that can at least narrow down the research into his identity.

This time, however, there are a lot of elements, or perhaps too many coincidences, suggesting that there is at least a little doubt about the identity of the famous inventor of the Bitcoin blockchain. We are talking about Paul Solotshi Calder Le Roux, a 46-year-old man, who was imprisoned as a criminal in 2012. 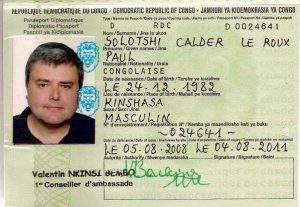 Solotoshi is the creator of the E4M encryption program and later of the open source program TrueCrypt, a program that many claim has been used by Satoshi Nakamoto to freeze 1 million Bitcoins.

In addition, another interesting coincidence is that his name is also found in a government document about Craig Wright, particularly in Document 187, where his name can be clearly read.

The story gets complicated around 2012 when the protagonist was involved in a drug and arms trafficking and was set up by DEA undercover agents in Brazil to do business with a Colombian cartel. He was then lured to Liberia, where the agents were able to extradite him to the USA and there Solotoshi chose to cooperate with the authorities.

Analysing the content and language used in his online posts, certain similarities were also found with the comments by Satoshi Nakamoto, a detail that does not go unnoticed.