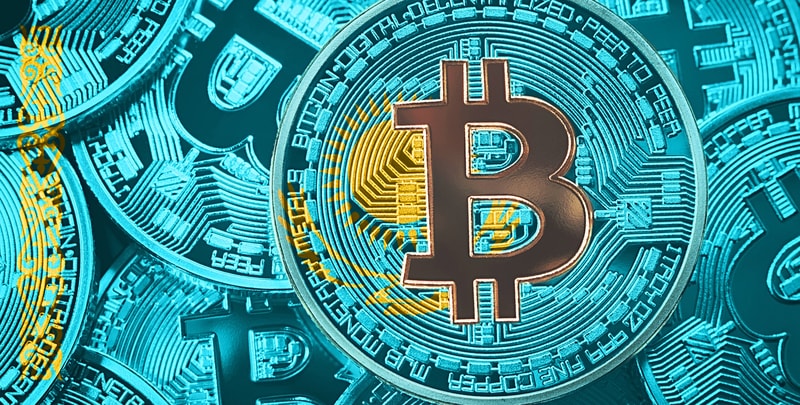 In the week ended June 1st, 2019, a record number of bitcoin transactions took place on LocalBitcoins in Kazakhstan.

In fact, more than 71 million tenge (KZT) were traded in the country in one week, an increase of 26% over the previous historical record of mid-May.

In fact, it has been since March that trading volumes in KZT on LocalBitcoins have started to grow significantly, while the real surge began in mid-April.

71 million KZT were traded for 21 BTC, for an equivalent value of only 168,000 dollars, while the historical record of BTC traded in KZT occurred in mid-April 2019, with 27 BTC traded when bitcoin was worth just over 5,000 dollars.

It is assumed that this may be due to an increase in demand for BTC in the country, probably driven by a rate of inflation that makes the local currency a not particularly good store of value, thus prompting some citizens to convert part of their currency into bitcoin.

The Kazakh tenge is also devaluing significantly in the last month against both the US dollar and the rouble of neighbouring Russia and this could in some way harm the Kazakh people who, for example, wish to buy goods from abroad.

It should not be forgotten that the Kazakh economy is mainly based on the export of hydrocarbons, so it is plausible to imagine that many Kazakhs are used to buying goods not produced in the country but imported from abroad.

However, the initiative of the blockchain company Bitfury with the Astana International Financial Centre (AIFC) could also have favoured the diffusion of bitcoin, thanks to which Bitfury plans to open a data centre in Kazakhstan to collaborate with the city administration of Nur-Sultan.

In this regard, the governor of AIFC, Kairat Kelimbetov, said:

“We are pleased to welcome Bitfury in Kazakhstan and the AIFC is ready to support the development and distribution of blockchain technology in the region. I am confident that the development of human capital will receive an additional inducement as well”.

Previous article Bitcoin: in 2018 there was no real bear market
Next article Litecoin (LTC) Halving: Google searches on the rise