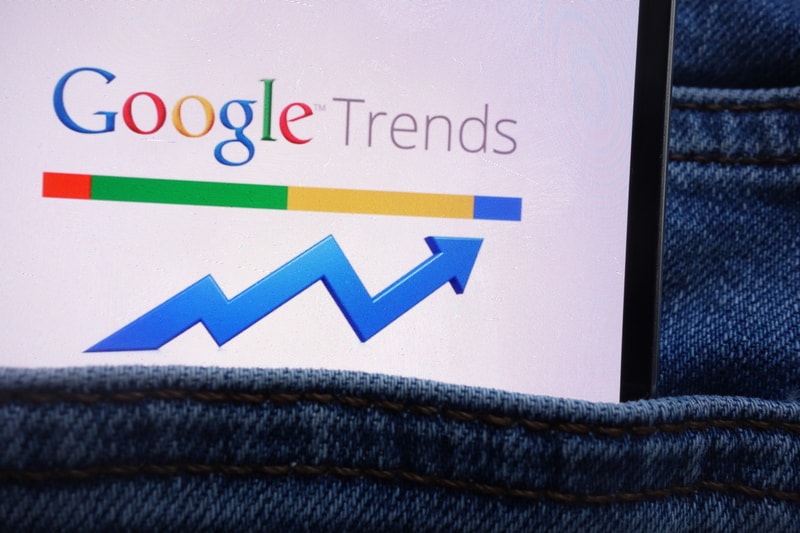 The Litecoin halving is attracting increasing interest and the data from Google Trends confirm this. According to the well-known portal, Google searches for the term Litecoin and Halving have been growing steadily for several weeks now.

Not only that, the Litecoin search term, in fact, has reached its annual peak, further adjusting the maximum recorded a few weeks ago during the month of May.

However, comparing the data with those of bitcoin searches, it is possible to notice that the search rate compared to the king of cryptocurrencies is still much lower. Even if the modest growth of Litecoin is still visible.

Halving, price and litecoin mining: the most popular terms

Going into more detail, it is possible to note which Litecoin (LTC) terms are most sought after. Among them is litecoin price, which has clearly followed the trend of the keyword Litecoin, thanks to the substantial growth in the value of the currency recorded in the last six months.

In fact, from the beginning of the year to today, the currency has almost quadrupled its value, going from just over 30 dollars in January 2019 to the current 113 dollars.

On the other hand, in second place on the podium, there are the google searches for litecoin mining, with a substantial recovery in the last 4-6 weeks. The LTC network, in the last month, has undergone a rather sudden growth, touching and beating the previous historical record for the hashrate and also the difficulty in the extraction of the cryptocurrency.

Clearly, this upsurge is due to the imminent halving, but it also seems that Bitmain is involved. The Chinese mining giant, in fact, could soon announce new ASICs for mining LTC, ASICs that probably have been secretly being used for some weeks now. This is precisely why the network hashrate would have grown so quickly.

Finally, at the top of the podium of the most searched terms related to LTC, there’s certainly halving litecoin. However attentive and passionate the industry is about the Litecoin halving, many newbies don’t know what it is about and what it involves. 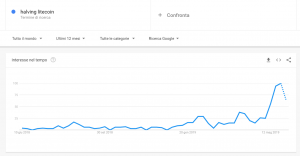 For this very reason, this search term in the last month – or rather weeks – has literally peaked at the highest levels registered for this keyword. After all, there are now less than two months before the halving of the block reward, which should take place around August 6th, 2019, with possible significant repercussions on the price of the currency.